A throwaway, linear flow society is illustrative of flawed thinking and poor design. It is not sustainable. 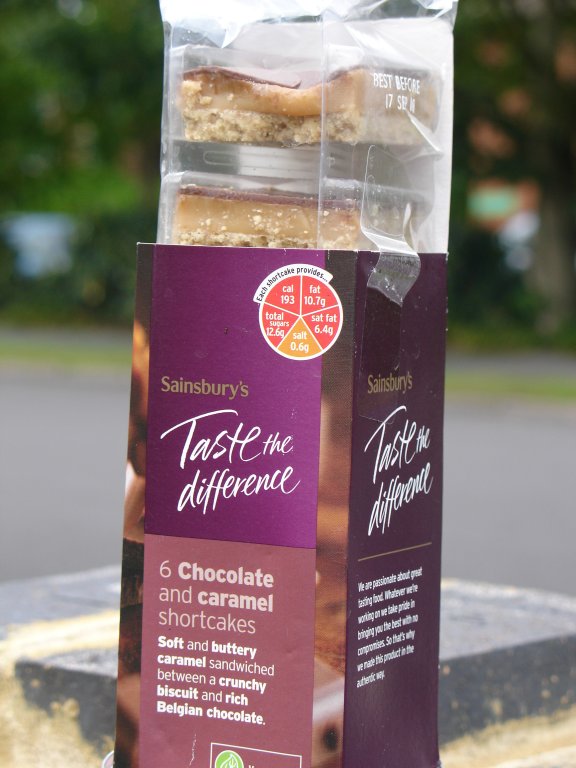 over-packaged chocolate biscuits or a work of art

We are drowning in a sea of waste, a sea of waste of our own making. We are running out of landfill sites, incineration or shipping to the Third World is not an option.

There has been much attention of late in the national media including Indymedia UK on waste, but that attention has been almost exclusively on the crass stupidity of local councils and how they deal with waste, or more often than not, how they fail to deal with domestic waste – failure to collect waste, bins too heavy for the bin men to handle, waste used as an excuse to spy on local residents, chips in bins, charges for collection of domestic waste, on-the-spot fines and criminal convictions for minor misdemeanors such as leaving bin lids ajar, putting the bin out on the wrong day or in the wrong place, leaving excess rubbish at the side of the bin, even threatening legal action for sorting and bagging clothes and books for collection by charity shops. The latest from local councils is to use children to spy on local residents!

Some of the worst examples of crass stupidity have been by David Quirk, rubbish supremo for the Rotten Borough of Rushmoor. His performance has been a credit to a council jobsworth. Crass policies have included: charging for bulky items that were hitherto free, fortnightly waste collection, bottle baskets, collection of garden waste that should be composted in the back garden and then trucking it halfway across the county for composting, and the latest act of crass stupidity, half-size wheelie bins.

Charging for bulky items has led to an increase in fly-tipping and back garden burning. During the recent Bank Holiday weekend, a couple of sofas were set alight in the street in Aldershot.

Fortnightly waste collection during a so-called six-month trial was an unmitigated disaster and a misery for those families forced to participate. David Quirk claimed an increase in recycling rates. As there was no proper monitoring and it was not a properly conducted trial, any figures produced by Quirk were meaningless. That a group of households were subject to special attention would in itself have been more than sufficient to account for the small increase in recycling (this is borne out by the fact that the recycling rates fell back when fortnightly waste collection was abandoned). Problems included overflowing bins, extra trips to the local tip causing traffic congestion and knock on negative impact on adjacent businesses, fly-tipping, maggots and flies, bad smells, rats, rubbish in the streets, back garden burning. Public pressure forced a reversion to weekly waste collection, but not before the council told a pack of lies and tried to rig a questionnaire.

Kerbside bottle baskets is leading to broken glass in the streets.

The latest crass proposal, at a cost to the local taxpayer of £750,000, to replace existing wheelie bins with half-size bins will lead to exactly the same problems that were experienced with fortnightly waste collection. David Quirk made a complete fool of himself when he appeared on BBC South Today and made the ludicrous claim that reduced size bins would lead to a reduction in rubbish. Following widespread criticism in the national media of their crass policies, Rushmoor was forced to issue a press release defending their crass policies.

The cost of the wheelie bins is likely to far exceed the quoted £750,000 due to the Europe-wide shortage of wheelie bins.

All that Quirk and similar useless jobsworths across the country are doing is to distract from the real issues of waste reduction and recycling and alienating the very people whose help and support we need if we are to do better. By focusing on domestic waste, it also distracts from the fact that over 90% of waste is generated by industry, business and commerce leaving households to account for less than 10% of waste.

If we are genuine in wishing to reduce waste, then we have to focus on industry, we need better designed products, products that are built to last, not that come with built in obsolescence, products that can easily be disassembled, reused, recycled, what cannot be reused can broken down into their constituent parts to be recycled or composted.

At the domestic level, we have to focus on lifestyle changes, waste reduction, packaging, recycling, reuse and home composting. If David Quirk wished to reduce waste, these are the areas in which he'd focus his efforts, not on issuing half-size wheelie bins which merely serves to antagonise the very people on whose support he is reliant if any headway at all is to be made. And the one thing you do not do is ask for a big stick with which to beat local residents.

A significant proportion of household waste is green waste. Encouraging residents to put garden waste out for collection is to deplete the garden of its natural fertility. Composting helps to improve the garden, the soil is improved in both structure and fertility. Encouraging people to grow their own food leads to a healthier diet and leads to less waste, reduced food miles and much needed exercise.

A significant proportion of household waste is packaging. Much can be done not only to reduce the packaging, but to change the type of packaging. Do we even need much of the packaging?

At an organic stall at the Guildford farmers markets, organic tomatoes are in wicker baskets. Customers help themselves, put their selection into paper bags to be weighed. If needed, a biodegradable 'plastic' bag to carry the produce home.

A few months back we saw a classic example of greenwash from all the supermarkets. They all made a lot of noise about their determined efforts to reduce their use of plastic bags. This was to distract from their excess packaging. I have seen no reduction in the use of their plastic bags, nor have I seen a move to compostable 'plastic' bags.

In Sainsbury's, four tomatoes on what looked like a plastic tray, then shrink wrapped with plastic film. What appeared to be a plastic tray, had a hard shiny upper surface, but on closer inspection, and breaking apart the tray, it appeared to be made of cardboard, the 'plastic' shrink wrapping was also compostable. Setting aside for one moment the use of unnecessary packaging, why is not all their produce packaged in this manner, not just a premium organic range? An organic range that was shipped from Holland when English tomatoes are readily available. Even worse, organic apples, that could be loose, in a 'plastic' compostable bag shipped halfway around the world from New Zealand at the start of the English apple season. Or half a dozen plums in a non-biodegradable plastic box shipped in from Israel at the height of the English plum season.

Local fish n chip shops, following the bad example of McDonald's and other McVomit outlets, serving chips on an expanded polystyrene tray. Why? Were David Quirk performing a public service, he would be inquiring where the cardboard base used by Sainsbury's for their organic range came from, then providing that information to the local fish n chip shops. A cardboard base that can either go for recycling or better still straight onto the compost heap, cf a polystyrene base that goes to either landfill or incineration. A least the fish n chip provides a brown paper carrier bag to carry your takeaway out in.

Recently I picked up a wild salmon sandwich from M&S at Gatwick Airport. What appeared to be a 'plastic' window in the packaging was made from natural sources, I assume cellulose (it didn't say). This means the packaging can go onto my compost heap.

Why are not all sandwiches packaged in this way? And M&S commitment to a better environmental standard is seen to be greenwash when you look at the amount of packaging, the number of ready meals, and the amount of fruit and vegetables being air-freighted in, not only out of season but also during the English growing season.

Infinity Foods in Brighton is one of those rare places, a food shop where it is a pleasure to shop, as is The Deli in North Camp in Farnborough and Taj in Brighton. Infinity Foods provides plain brown paper bags into which to put your fresh produce. This year's Discovery apples from local orchards in Sussex. At the checkout, at a cost of 10p, a biodegradable 'plastic' carrier bag.

In Sainsbury's, an apple ready sliced, in a plastic bag! What next, already chewed, then vomited up for easy digestion?

One of the worst examples I have seen of packaging was half a dozen chocolate biscuits arranged as though works of art on display.

Supermarkets would argue they need all this excess packaging to prolong shelf life and reduce food waste. Who needs shelf life? I prefer my fresh produce fresh off a market with minimal packaging, not trucked back and forth across the country with excess packaging to enable it to survive the journey. The majority of food waste, in excess of 50%, is caused by supermarket insistence on uniformity and cosmetic appearance. Green beans do not grow at uniform lengths, not unless they have been genetically engineered, nor do they have to be shrink-wrapped on a plastic base and air-freighted from Kenya. Much of the packaging is to justify added value, in plain English, increased pricing, higher profit margins.

Lifestyle changes also require societal changes. The one way linear flow throwaway society where resources are mined and extracted, flow through processes and products, to then be dumped after a very limited lifetime is to put it simply, not sustainable.

The scale of the problem should not be underestimated. Fresh Kills landfill site was the world's largest landfill site, it served New York. It closed March 2001. Garbage from New York, 12,000 tons produced daily, now has to be trucked to landfill sites in New Jersey, Pennsylvania and Virginia, some sites as far as 300 miles away.

'The challenge is to replace the throwaway economy with a reduce-reuse-recycle economy. For cities like New York, the challenge should be less what to do with the garbage than to how not produce it in the first place.'

It can be done, but it will only be done if we focus on the real issues of waste reduction, not if we piss in the wind with stupid small-minded ideas like half-size wheelie bins which have nothing to do with either recycling or waste reduction, but sure do serve to piss people off!

In the natural world, loops are closed, the concept of waste does not exist, either in time or space. The output of one process is the input to another.

Pollution and waste is a symbol of flawed thinking, of systemic design failure.

How to recycle everything!, The Ecologist, 30 August 2008

Felicity Lawrence, Not on the Label: What Really Goes Into the Food on Your Plate, Penguin, 2004

The Story of Stuff

This illustrates quite well the points being made

A documentary on the concept of Cradle to Grave, ie minimising resource use