In order to draw attention to the continued existence of the SOCPA legislation concerning the no-protest zone and following on from the comic genius of the mass lone demonstrations, there is due to be an unusual event in Parliament Sq.. 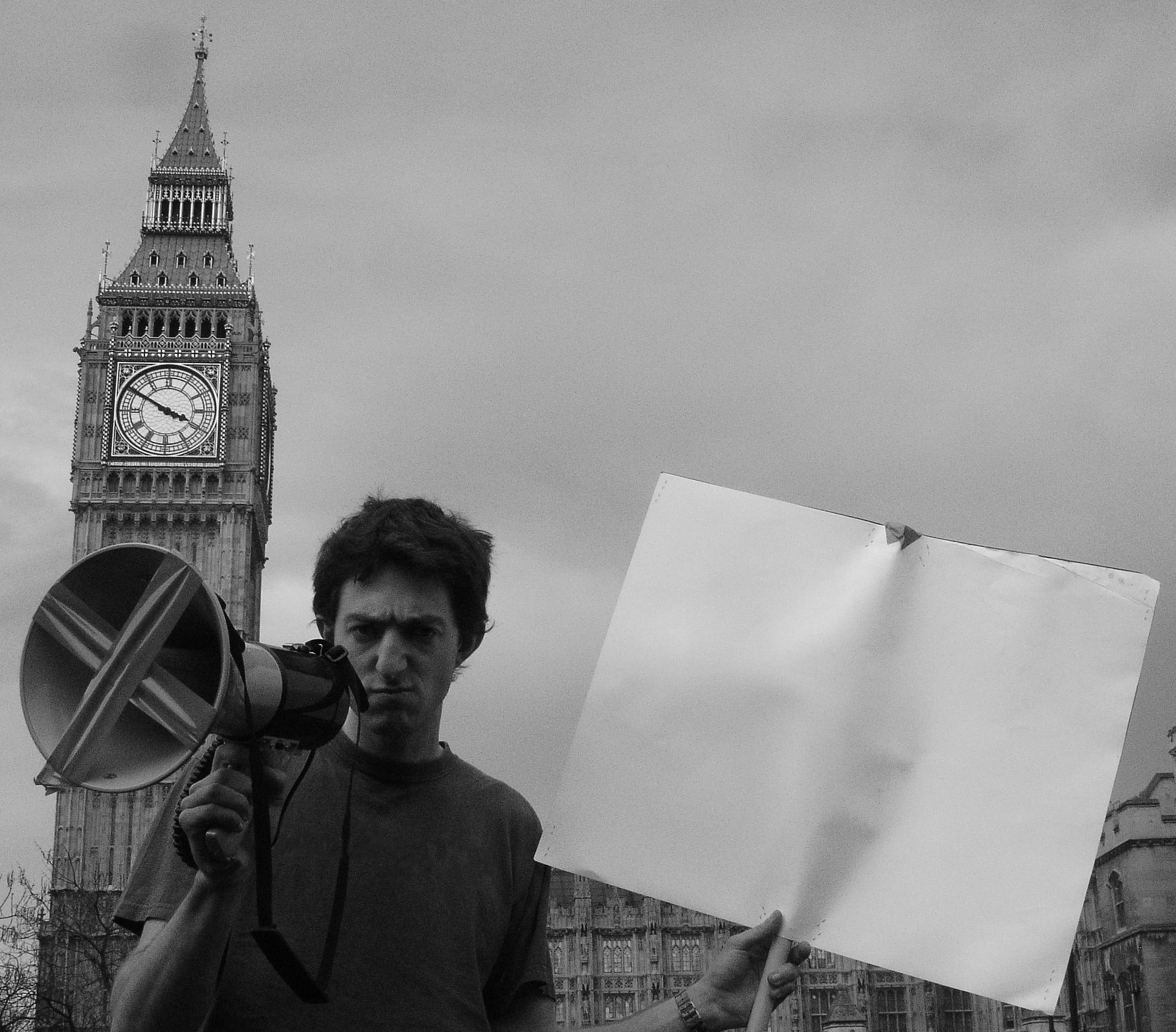 In 2007, as a result of continued outcry against the 'no-protest zone' the Home Office issued a public consultation paper on the law, that invited open comment from all sections of society. The Home Office analysis concluded that "over 95% of respondants either explicitly or implicitly called for a complete repeal". Since then, two parliamentary comittees have recommended the repeal and a white paper put forward to that end.

However, as yet, nothing has happened. We still have no right to democractic protest around the seat of Government.

So, in Parliament square at 1 o clock on the 2nd of May 2010 there is due to be a non-protest. There will be people waving banners that don't say anything, handing out leaflets with nothing on them, holding megaphones that don't work, not shouting or chanting, in fact not doing anything that could be construed as a demonstration. They certainly won't be protesting about the SOCPA legislation. They're not allowed to.

You shouldn't protest either.
In fact, don't protest with us and as many of your friends as you can muster .
Bring blank banners, blank placards, hand out blank flyers, mouth noiselessly into silent megaphones and hum wordlessly to the tune of protest songs.
Whatever you do, remember.
This ISN'T a protest.
That would be illegal.

I'm luvin all the new ideas coming out in this dark age of oppression. Keep it comin. Would love to come to this!!!

I'll go one step further and NOT join you!

I'll be even more radical than you and stay at home and NOT protest!

Brilliant. Like it! And I'm a hard person to impress...

Non-Protest in Parliament Square 2 May 2010 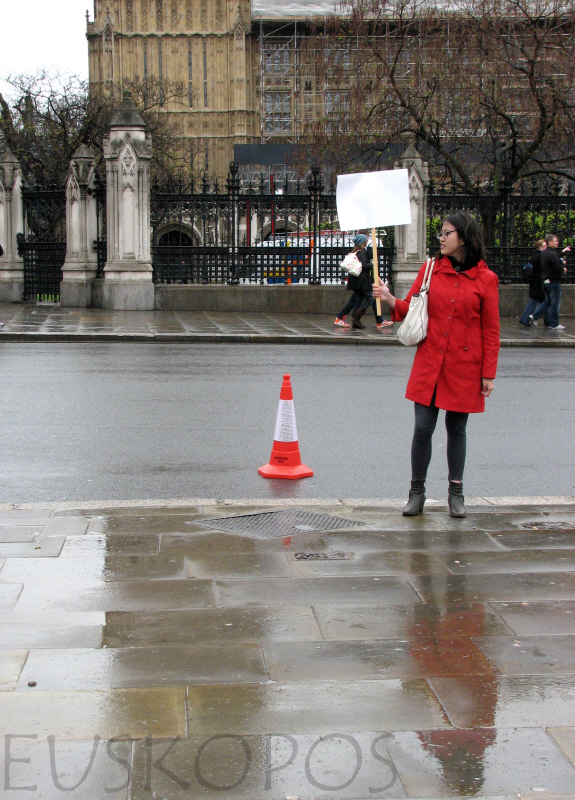 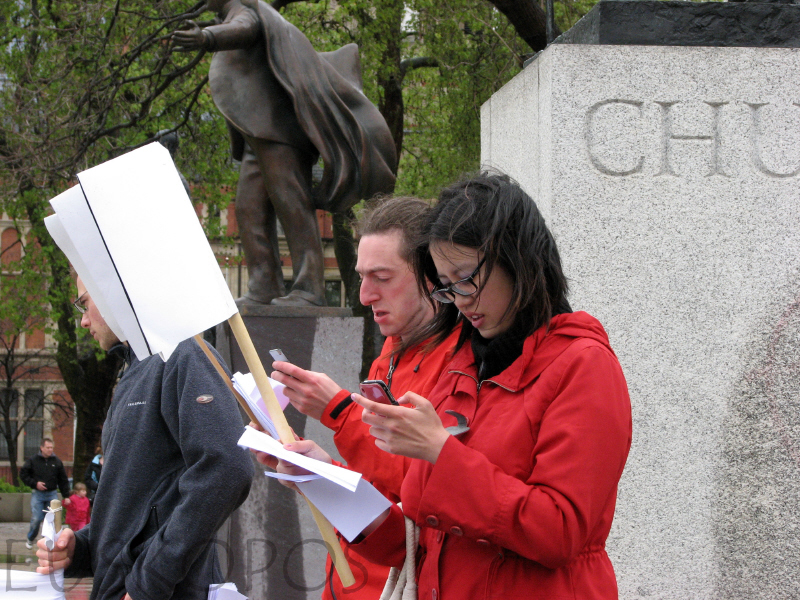 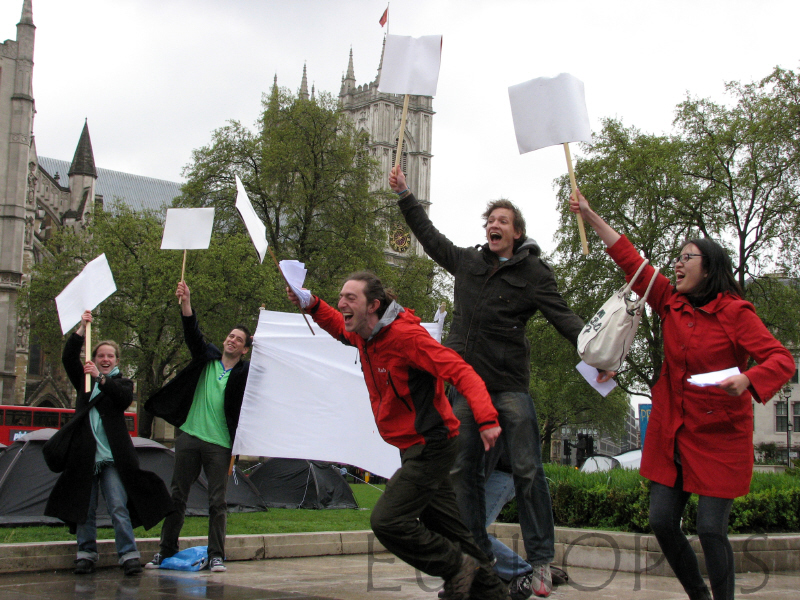 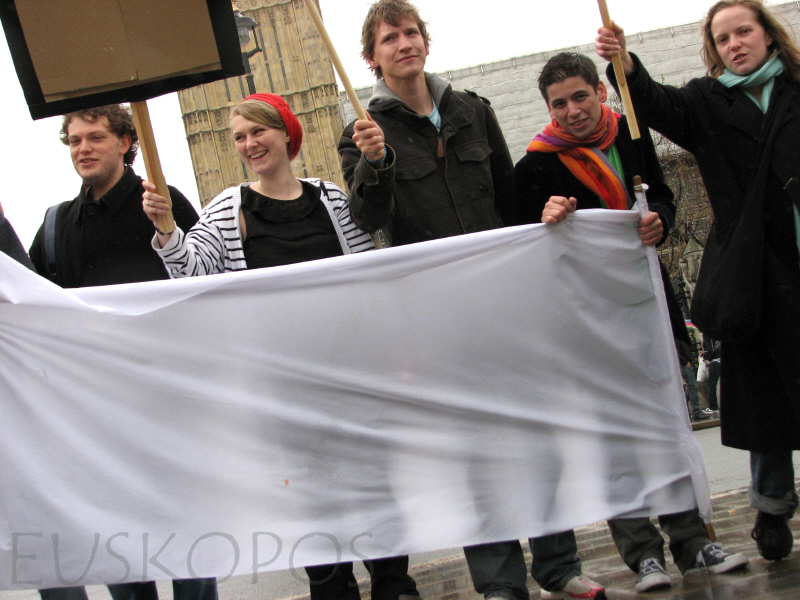