Innocent friends held in Gibraltar prison...
Does anyone remember Martin who cycled with Crital Mass to Scotland for G8 summit. We really need your support and ideas to bring him and Kate home. They took work via an agency (not sure which one yet) to sail this boat from the Caribbean to Gibraltar.

Please read news report below as it looks very much like they have been setup.

DRUGS worth £8m
GIB CUSTOMS SEIZE YACHT WITH 216KG COCAINE CARGO
• 4 Britons arrested
by Brian Reyes
Local customs officers seized a 50ft yacht loaded with 216 kilos of cocaine worth £8m. They swooped on the vessel GIN in the early hours of Tuesday as it sailed into Gibraltar from the Caribbean. A total of 183 slabs of cocaine were found stashed in sealed compartments at the stern of the yacht. Officers had to physically break into hidden cavities to find the drugs.


Four British nationals who were on board the vessel were arrested and appeared before the Magistrate’s Court yesterday facing a number of charges relating to the haul. Jonathan Kelway, Trevor Collenette, Martin Genocchio and Kathryn Burman are charged with possession and possession with intent to supply 216 kilos of cocaine. They are also charged with importing the drug into Gibraltar.
During a short appearance before Stipendiary Magistrate Chares Pitto, each of the four stood to confirm their identities to the court. Mr Kelway said they had nothing to hide. “We are innocent parties in this,” he told the court.
In turn, the other three crew members confirmed their names and agreed with Mr Kelway’s statement. All four were remanded in custody until June 12, when they are due to appear again before the magistrate.
HM Customs Gibraltar said the yacht GIN was stopped as a result of an ongoing “risk-profiling” operation, in which a number of issues are taken into account to target possible offenders.
Officers look at factors such as movement patterns and ownership, as well secret intelligence.
The yacht seized this week is registered in Gibraltar but is foreign-owned. Its beneficial owner has no links to the Rock, Customs said.
HM Customs Gibraltar also said there was nothing to suggest the drugs were destined for the Rock or that anyone here was linked to them.
This is the second major cocaine haul to be seized in Gibraltar in the last few years.

If you can help in anyway with idea's & info on Gibraltar drug laws please feel free to email me, as we know they are Innocent.

law applies,but it's a bit more relaxed about drugs.Anyway you need to backtrace the yachts history.The secret compartements were done somewere.Find the last place it was serviced.You will then have a start point to were it went and who possibly made them.Good luck

"They took work via an agency (not sure which one yet) to sail this boat from the Caribbean to Gibraltar."

Can you clarify this further - they were being paid to sail this boat by an agency?

I'm trying to find the name of the agency at the moment & yacht history, hopefully I'm flying to Gibraltar on Thursday to speak to them both & get more details. Finding it difficult to get any information.

Thank for your support.

"If you can help in anyway with idea's & info on Gibraltar drug laws please feel free to email me, as we know they are Innocent. "

- Apart from the fact that they were being employed in some fashion to transport a Yatch containing 216 Kg of Cocaine.

If it seems to good to be true, it probably is.

Gives country by country and it's law on drugs.Good luck,and be careful.

Who is Martins MP?You can lower your costs by getting him to find out the info on this boats owner as Loyds charge.If this boat has ever changed hands in the past there will be a surveyors report.This involves it being taken out of the water and giving a good going over.No surveyor worth his salt will have missed hidden compartments.So it would be safe to assume that any alterations would have been done after the survey date.Also yacht owners are a pretty nosey lot,eyeing up each others boats.You will find they have great memorys of were they saw it,and who was on it..It may have been chartered befor and a little bit of begging with an editor will get you a story in the national press to find out if anyone has charted it in the past,assuming it has not been re-named.Relying on proxy investigators in other countys is not the way to go and getting together a fund to put someone out there would also be much better.Try to get a photo of the GIN and post it on Yachting websites.Contact as many port authoritys as you can.There is a detailed history out there for it.Good luck. 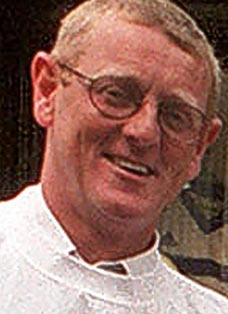 As a long standing friend of Trevor Collenette I can state without hesitation his innocence. This is clearly a contrived abuse of an innocent ferry crew and a owners yacht being used as a mule for carrying illegal substances, and a vain attempt by some drug baron to come out squeaky clean in the event of getting caught. The main issue to address here is, when, where, and what woven or roving fibres were used to create the concealed compartment? They can be traced. Amounts of this size are surely planned and carefully monitored along with its ongoing shipment and arrival. An individual of Trevor's intelligence would not, had he have been so inclined(which he is not) have conceived a strategy with such direct implication. We need to look carefully at the prior activities of each of these crew members along with the aforementioned actions to make all of the jigsaw pieces fit, hopefully leading to the real barons being placed as the final piece, firmly behind bars and out of harms reach. I am sure the authorities are equally keen to uncover the real source!

The name of the agency

According to newsportal caribbean360.com they volunteered to sail the ship from St Lucia to Gibraltar via

I would think these on-line services are not involved in the physical transfer of the boat. The owners must have made arrangements with locals hereto. That need to be thoroughly investigated.

My experience with Caribbean police is that they not always take investigations serious (enough). I live in Grenada and do not know St Lucia well, but generally this is the tendence.

It may be a hard case to get evidence. Good luck

Hi, I'm Martin's cousin. My mother got a letter from Martin a short while ago. I am going to start reseaching the case. Is This message board the best place to communicate about this. Are there any other online groups set up that you know of? Contact me my email if you can, to discuss things.
Thankyou for your efforts so far.

Martin would not be involved in such a thing


I am Martin's Aunt and he was here just before he flew to St Lucia - looking forward with his girlfriend to being part of the crew for this yacht. It's what he does for a job for goodness sake. I have known him since a baby and sailing is his love. It's unbelievable that someone has set him and the crew up. If Kathryns family are seeing this, please get in touch with me so that we can all work together to right this dreadful wrong.

I've known Jon for nearly 14 years, I used to work for him at his sailing school. I know him not only as an employer but also a friend. The crew members, all volunteers through crewseekers are all totally innocent, Jon regularly uses crewseekers to find crews for deliveries.

The crew are innocent as I am sure Jon is.

Jonathan Kelway is innocent. I have known Jonathan for many years as a sailing instructor and friend. I have sailed many sea miles with Jonathan. Jonathan is an honest person and always looked after his crew and always put them first.

I believe that you and your crew with be set free with a pardon under British Law in the next few days.

Stay positive, you will be free soon.