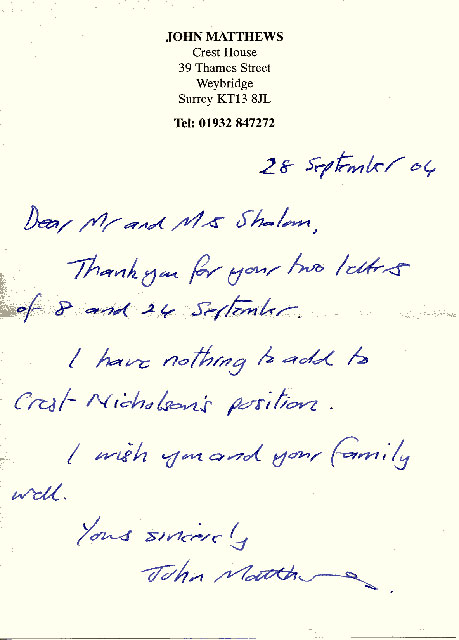 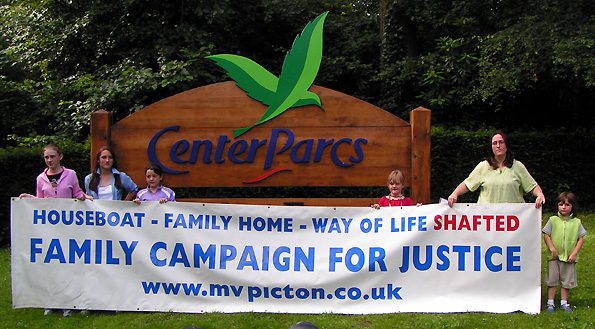 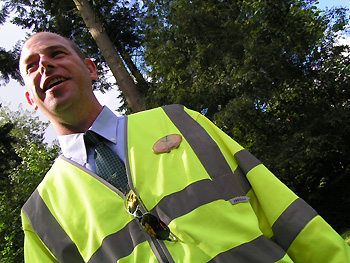 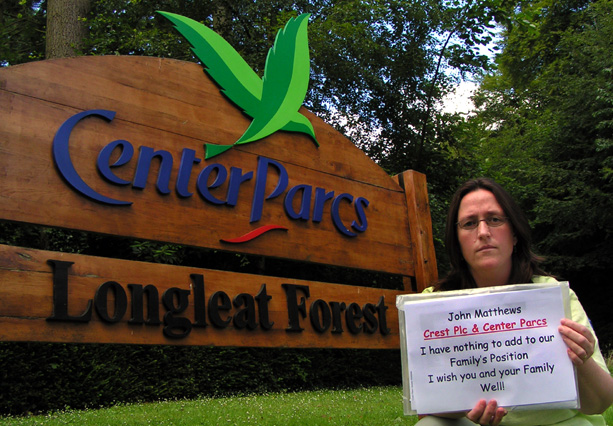 One could easily be forgiven for believing that this sad saga has been solely generated by an act of corporate vanity and vandalism, coupled with an equal share of corporate arrogance. As the matter stands, it is difficult to accept this situation as a good example of Corporate Social Responsibility.

John Matthews, a Director of Center Parcs and Chairman of Crest Plc has overseen the full scale eviction of the Family of five children from their own property and houseboat home. Although he has previously been invited by the Family to be sure that his organisation has no case to answer for, he has nevertheless seen fit to document his ‘well wishes’ to the now ‘homeless’ Family. Conducting a swift picket-protest at Center Parcs Longleat Forest, the Family of five children came equipped with their own message to John Matthews.

Center Parcs is a full member of Business in the Community (BITC), an organisation which supports the full implementation of Corporate Social Responsibility and Responsible Business Practice. The Family has appealed to BITC President HRH Prince Charles, Prince of Wales to take a proactive interest in their Campaign for Social Justice. The Family from Wales has asked BITC to demonstrate direct inclusive encouragement towards certain of its members. In more simple terms, this means ‘having a word’ with BITC members, HBOS, Legal & General Group and Lloyds TSB Group, listed as shareholders with Crest Plc.

Crest Nicholson evicted the Family from their own houseboat of 14 years after conducting a ‘beauty show’, as well as causing an accident to their dream home. The company willfully prevented the family from fixing a leak to their vessel, which only developed subsequent to that accident. By thwarting all efforts of the family to fix the leak at site, insurance for the boat could not be obtained by the Shaloms and the company then decided to refuse mooring fees, (on no less than three occasions), stating that the family were in breach of contract for not having suitable insurance. Crest Nicholson subsequently prosecuted the Family on the grounds of trespass for not paying mooring fees.

John Matthews, Senior Non-executive Director of Center Parcs is listed * as a chartered accountant and has held senior executive positions in investment banking and in industry; He is non-executive chairman of Regus plc and Crest Nicholson plc; and is a non-executive director of Diploma plc, SDL plc and Rotork plc.

Business In The Community is sponsored by The Office of The Deputy Prime Minister (ODPM), “Creating Sustainable Communities”, and HBOS Plc also a listed member of BITC and shareholder with Crest Plc.

Contacts
The Shalom Family Campaign for Justice via website