Yesterday the BNP were seen distributing leaflets in Durham CIty marketplace. Unfortunately, they got away relatively unchallenged, due to their large numbers and an inability to arouse a counter-demo (many activists in London). This isn't an unusual occurence, as BNP activists have recently been sighted (though successfully challenged) throughout Durham, with stickers, leaflets etc spotted in many parks and residential areas. One activist confronted a BNP member distributing leaflets outside Durham Bus Station to local college/school kids.

BNP and NF reports are also becoming increasingly alarming in Newcastle and other areas since the NF held a 'Stop Immigration - Start Repatriation' themed counter-demo to TCAR's 2nd March Against Racism last October, including leafletting sightings, and many attempts at intimidating local anti-fascists activists. One activist narrowly escaped with his life, after a right-wing neighbour set his house on fire at the end of 2008.

Activists are concerned that, as in many regions, the BNP are exploiting the economic recession to enunciate their right-wing views. The North East has an unproportionately high unemployment rate in contrast with the rest of the UK (in January, the North East had an 8.6% unemployment rate, in contrast to the UK's 6.5% rate). As many others are, Northern activists are concerned that the BNP and other far-right groups will manipulate such figures to their advantage in the run-up to June's European elections, using immigration a scapegoat for the problems caused by the government, bankers, and the rampant neoliberal eonomic system.

In response, we are organising frequent leafletting sessions in Durham and surrounding areas, and urge anyone with reports of recent right-wing activity to get in touch. 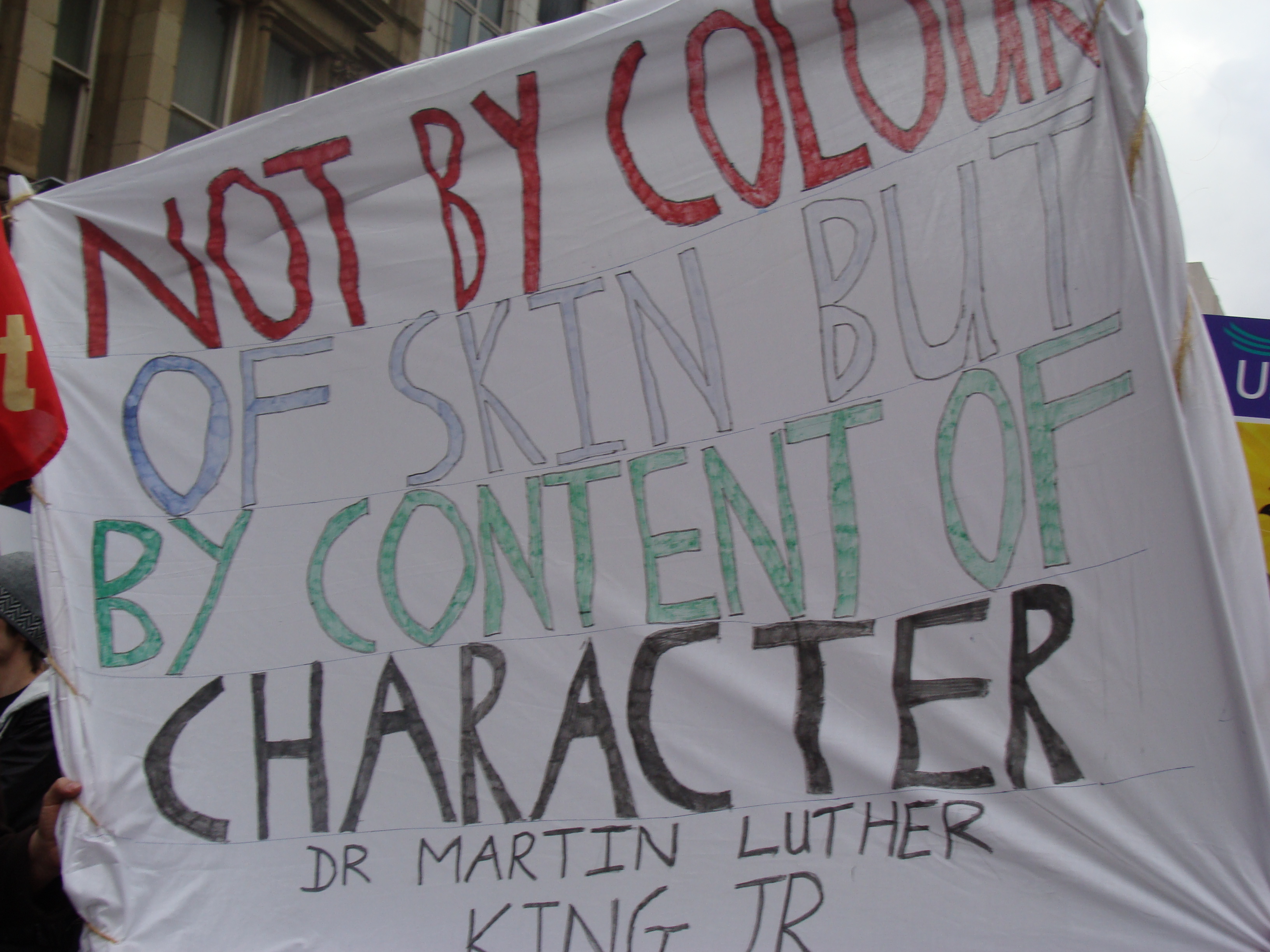 'Not by colour of skin, but by content of character' Dr. Martin Luther King Jr

Apologies for the short article, any mistakes I might have made, and for tagging Leeds Bradford (was the closest Indymedia region)

We're hoping to hold leafletting sessions and other actions in Durham and Newcastle - or wherever right-wing activity's reported - most weeks, so if ayone could provide assistance or campaign materials, it would be greatly appreciated. Please get in touch.