After being inspired into action by the fight against global climate chaos, the Scarborough Climate Action group have opened "Green Planet", a community resource centre for education, information and participation on the east coast of Yorkshire.

They aim to provide a central point for people in the local area to find out how they can make positive changes to their environment, as well as providing an autonomous space for people to use the internet, meet like-minded people and get directly involved with the newly burgeoning Scarborough activist networks. 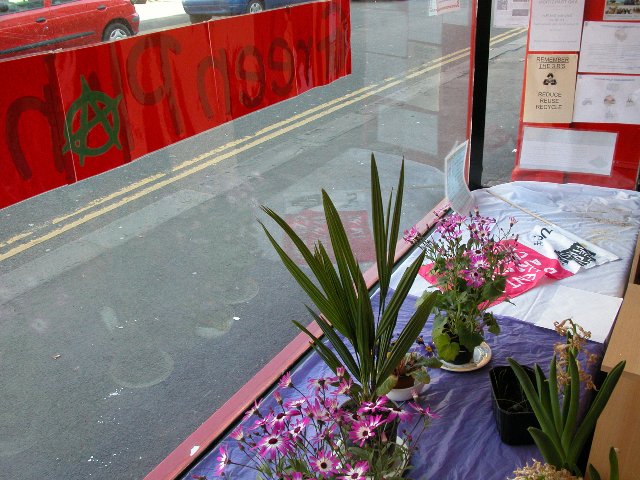 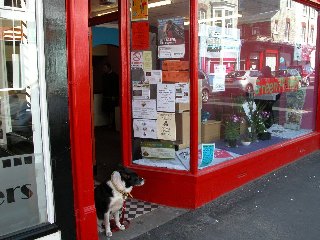 The Scarborough Climate Action Network, formerly Scarborough Against Climate Change was set up in the aftermath of last years Kingsnorth Climate Camp. A group of local activists who attended the camp were inspired to consider ways in which they could make more of an impact in their local area at a grassroots level. In a model of how small, local groups can make a difference in their communities through collective organisation and cooperation, the Green Planet resource centre is now open to the community.

Having organised campaigns in the town centre of Scarborough against the use of coal and to promote the urgent need to cut carbon emissions, it seemed clear from the positive yet misinformed response of the community that a focal point was needed to raise awareness of the issues amongst the people of the east coast area. The need for an autonomous social space in the town was identified as the best way to get this message across and so the group set about making this happen. 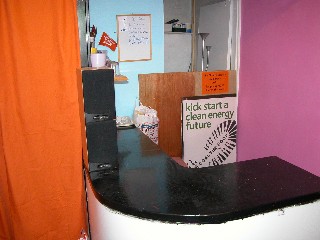 The collectives newsletter, being published and distributed widely in the local area, clearly sets out their core aims:

With the proceeds of fundraising and a £3500 grant from Artists Project Earth (APE), they managed to obtain a property in Hanover Road, behind the Stephen Joseph Theatre in the town centre. A team of volunteers began the task of turning the venue into an inclusive, open space in which to achieve their objectives. 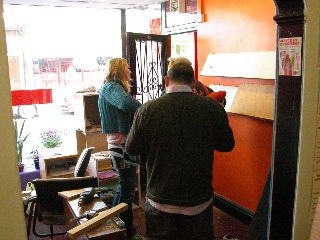 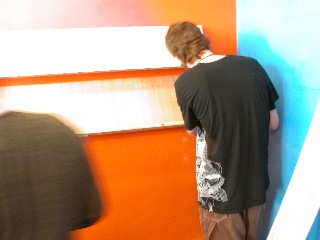 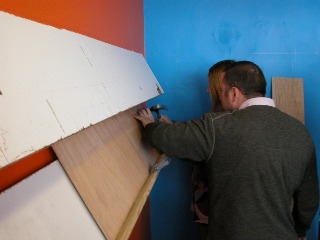 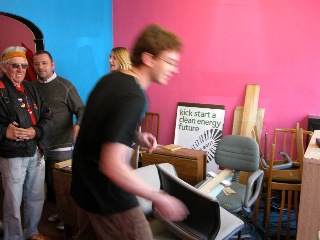 Paint, wood and other materials were collected from skips and bins in the local area and put to reuse as desks, shelves and displays for campaign literature and calls to action. A computer that was donated by a member of the collective is being liberated by open source software and connected to the internet for anyone in the community to use. A small kitchen has also been set up to provide drinks for visitors, in the hope that people will stop by regularly to get information and ideas for action.

The literature available in the centre covers a wide range of issues, from climate activism to NO2ID. The collective is also preparing a list of books which promote positive environmental change to order at the local library so as to be accessible to the whole community. The main hope is that the people of Scarborough will turn to the space as inspiration to make positive changes to their lives, be it using alternative technology, reducing their power consumption, changing their diet or any combination of the many alternatives that are needed to halt the current slide towards climate catastrophe. 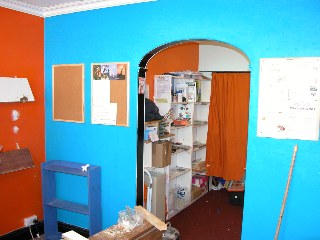 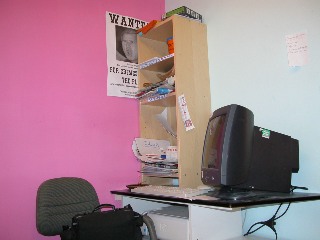 The centre will also function as a place where people from the local area can get involved in the Leeds/Bradford IMC and will be hosting a skillshare soon on media activism and electronic security. A range of other skillshares, film nights, action-based events and talks will also take place, both at the centre and at the local University. These will be advertised locally and in the events section of LBIMC. 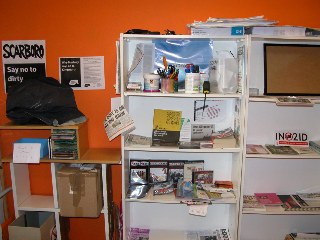 Anyone is welcome to join the group and a call has been made for people to help with the day to day operation of the centre, with volunteers needed to provide good environmental advice to the community on a rota basis in order to make the resource reliably available.

Anyone in the area with an interest is encouraged to get in touch by email at scarboroughccc@hotmail.co.uk or simply drop by the centre for a friendly chat.

Links to local news coverage of the group:
Climate Group Heading to Camp | We must burn less coal | Setting the right climate