Those pests have struck again.

After their spoof of the local paper was so well received the people behind the Yorkshire Evening Pest have responded to yet another rise in the fares on First buses by producing stickers which helpfully inform passengers of both the rise in prices and what the company really thinks of them. 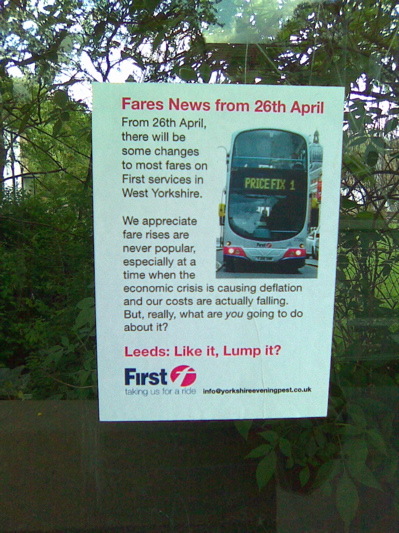 As prices went up on the 26th April, bus stops around Leeds were stickered with the legend:
“From the 26th April there will be some changes to most fares on First services in West Yorkshire.

We appreciate fare rises are never popular, especially at a time when the economic crisis is causing deflation and our costs are actually falling. But, really, what are you going to do about it?