Film by Revolt Video, + footage of the ongoing resistance to $hell's destruction of coast and community in county Mayo, Ireland. 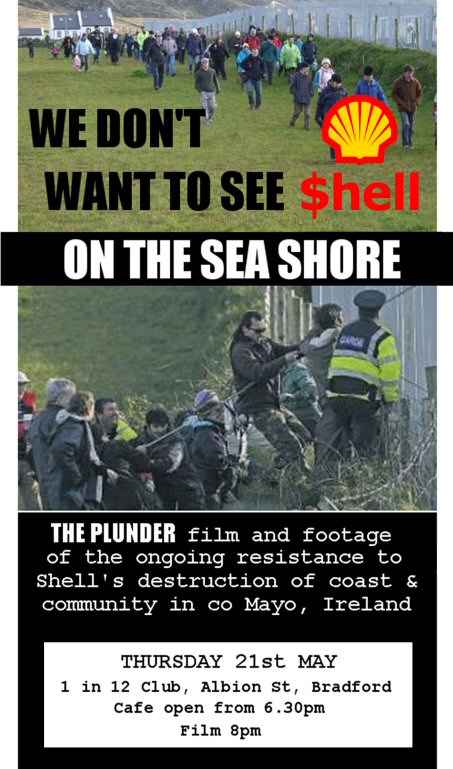 A chance to learn more about recent developments in the fight against $hell in Ireland, ahead of the upcoming solidarity gathering in Rossport (29th May-1st June

http://www.indymedia.ie/article/92076).
Practical info on how to get involved; make links with others going over to directly oppose this project.