Lecturers at Leeds College of Art are on Strike over failures to honour a pay deal from 2004. 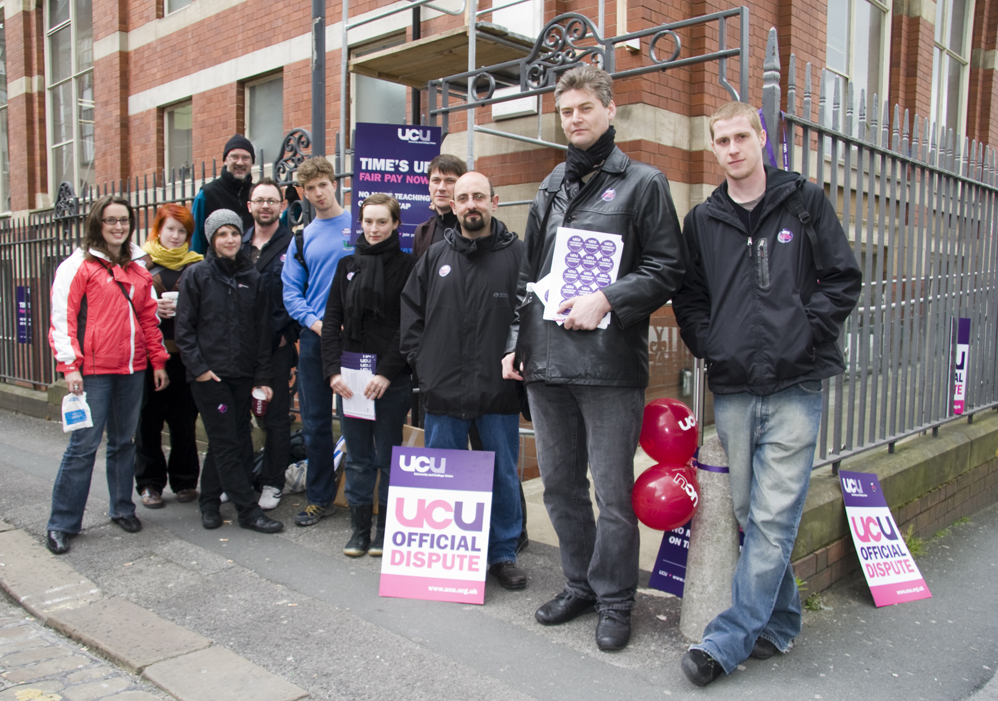 Lecturing staff at Leeds College of Art and Design University & Colleges Union (UCU) were on strike today (Wednesday 10 June) in a row over its failure to honour a pay deal agreed over four years ago. Classes were cancelled as the college is being targeted for action by members of the University and College Union (UCU).

In 2003/4, a two-year national agreement was drawn up that heralded pay parity for college lecturers with schoolteachers. Thousands of further education lecturers had been unable to reach the higher pay levels enjoyed by schoolteachers, 50% of whom get extra allowances worth between £2,364 and £11,557 per annum on top of their basic earnings. The deal introduced shorter new scales that provided higher salaries for new lecturers and faster progression to the top points. The union has described the failure by colleges still to honour the deal as one of the longest IOUs from management to staff in the history of industrial relations.

Richard Miles, who teaches at the college and is a UCU member, said: “We regret having to taken this action, but we think it’s unfair that our pay is being kept down. It’s only fair that we are paid the same as staff at other colleges and we call upon the college to implement the 2004 deal. The college is already experiencing a high turnover of staff because of the pay and conditions offered by management, and we can’t afford to lose any more of our best people.”

UCU head of further education, Barry Lovejoy, said: “It’s a real shame that things have come to this. The staff are not greedy; they are merely asking for the money they should have been paid four years ago. It is the intransigence of the college that has pushed members' patience too far and forced them into industrial action. Members at Leeds are getting second-class pay for first-class teaching.”