Zombies take to the streets of Bradford

On Saturday last (20th June) the undead rose up and took to the streets of Bradford with their demands for an immediate nuclear apocalypse. Encountering Mickey Mouse, a clutch of Mormons, some people in silver outfits and the usual Saturday shoppers, the ghouls shuffled through the town to a background of zombies tunes from a solar-radiation power sound system. 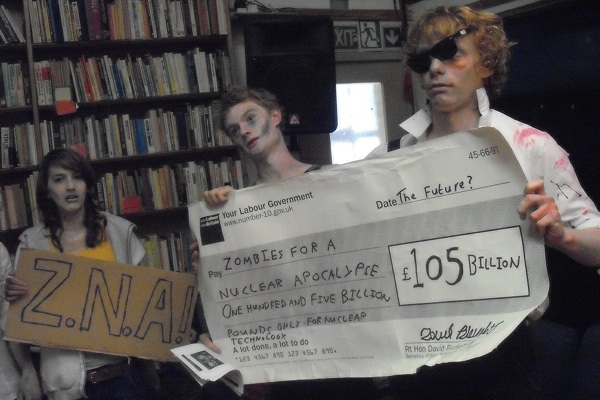 How much are you willing to pay? 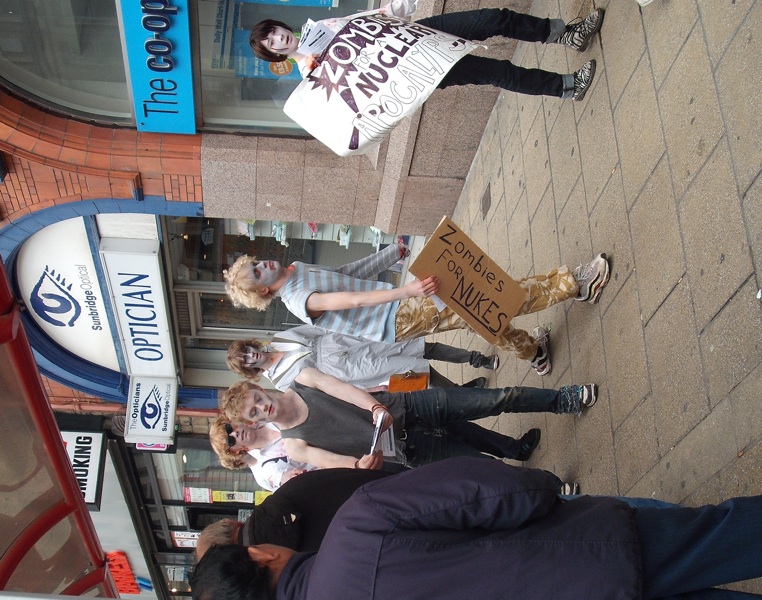 Does this bus go to the cemetary? 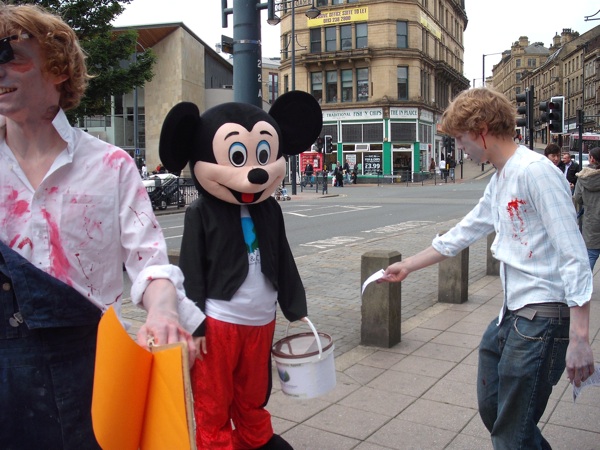 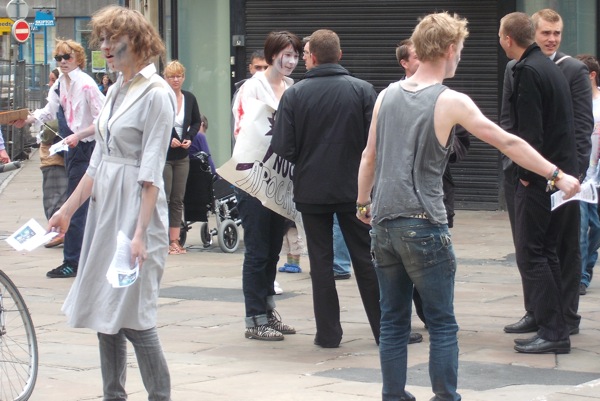 Does your book mention the undead? 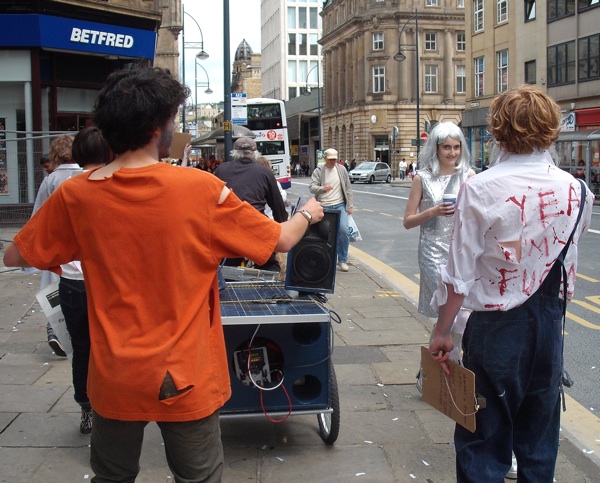 Is that dress radiation proof? 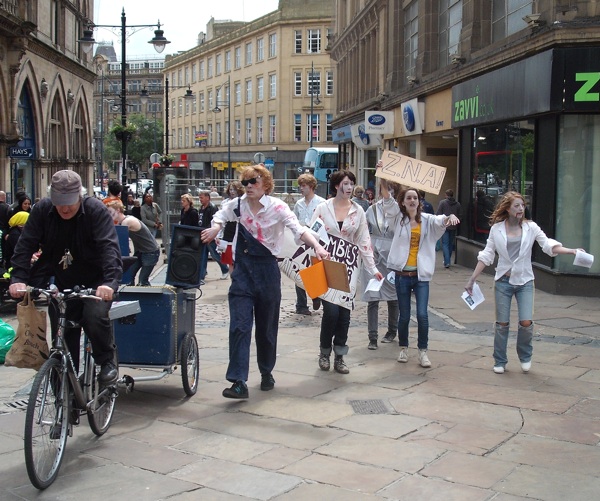 So many hills in Bradford...

ZOMBIES OF THE WORLD UNITE!

Brothers, sisters, ghouls and corpses-
For too long we have been waiting, craving a new dawn for our peoples, a dawn of the dead. We have seen the world come so close to Nuclear Apocalypse, tasted its sweet possibility- only to be temporarily foiled by ‘CND’, ‘The Nuclear Proliferation Treaty’ and ‘International Law’. But now these buried policies are finding new life, or to be more precise- new tantalizing prospects of ending life. We call on the government to cease the marginalization of the deceased, and expand its sterling work towards total planetary annihilation. This means increasing the paltry £2 Billion a year upkeep of current nuclear weapons, doubling the tiny £75 Billion ‘Trident Submarine’ plan and finally diverting much needed cash away from ridiculous fads like ‘hospitals’ and ‘schools’ as well as the conventional armed forces.

It definitely means hefty investment in Nuclear Power, with all its glorious pitfalls- radiation, meltdown, nuclear waste and terrorist attack are all the friend of zombies –plus where else are we going to get the uranium for our wonderful weapons? Its just simple economics!

For only £3 Billion you can sponsor you own Nuclear Power plant- and don’t worry about decommissioning or ‘extreme circumstances’, the government have kindly agreed to foot the bill with human taxes!

The best bit is that even loads environmentalists have seen the green side of nuclear power, despite the fact that it can only deliver a 4 % cut in emissions by 2025… It’s no solution to climate change, but it is a step forward for zombies everywhere.

Clearly our lobbying groups have been picking their BRAINS!

Now is the time for the undead to spring into life, to burst from our soily graves and call, groan, in unison ‘Apocalypse- NOW’.

We cannot let the winds of pain pass us by again, we need to show the world that Nuclear is forever undead!

Up and ATOM- Zombies for a Nuclear Apocalypse!