Come resist Scottish Coal and Lord Home, and defend communities and the climate! 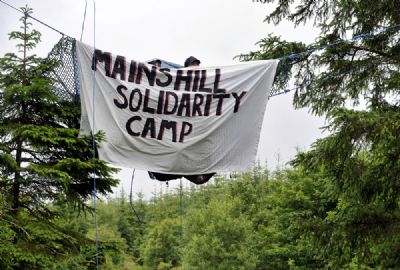 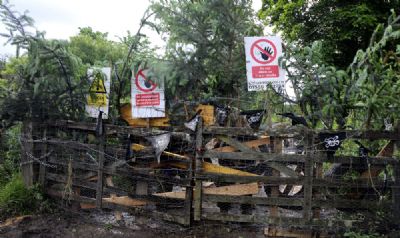 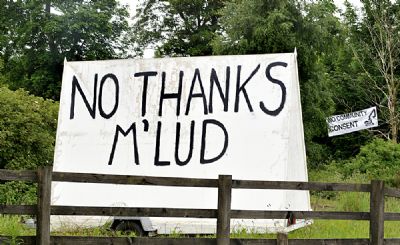 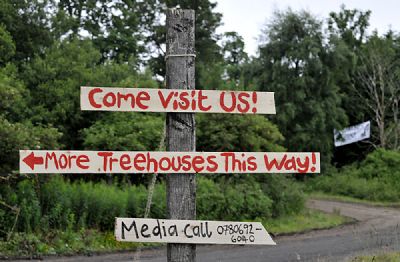 In a farcical court hearing this morning in Lanark Sheriff Court the eviction order brought by Lord Home, the landowner (and chief exec of RBS private banking firm) and Scottish Coal, the UK's largest open cast producer against the occupiers at Mainshill Wood was granted. Despite having just two working days to seek legal advice and work on a defence the Sheriff refused to allow the occupiers more time.

The eviction order comes into effect immediately owing to the “vast costs being incurred” by the contract drilling work being prevented at the site by campers, according to Lord Home's solicitors.

The Chairperson of Douglas and Glespin Community Council had prepared a statement to present to the court in support of the occupiers and raising serious concerns about the timescale of the eviction order. The Sheriff, however, would not even allow the statement to be heard, saying only: “Given that you're a lay person, I'll cast my eyes over it”.

Tracey Mitchell from Douglas said of the proceedings: “It was damned ridiculous and money talks”. John Brozy, a former miner and former justice of the peace also from Douglas said: “the occupiers have given us new heart and made locals understand that they're not alone”.

The Mainshill Solidarity Camp is determined to stop this coal mine from going ahead. We knew all along that this would be Lord Home's response – not engaging with us or the community, but using his money and court bailiffs to remove us without getting his hands dirty. We will not go until we are forcefully removed or until we have won.

Scottish Coal and Lord Home are on the back foot – the Solidarity Camp has brought a huge amount of attention to what they're doing in South Lanarkshire, and what they've been getting way with for years. The community is fired up and even more determined to stop this project. We can win this! The last thing Scottish Coal and Lord Home need is an expensive and drawn-out eviction – what we need is for as many people as possible to join us and come to the camp.

The site is beautiful, full of wildlife and well defended, with unprecedented levels of community support. This is the front line in the struggle against new coal and for community self-determination over the interests of big business and wealthy land owners.

http://mainshill.noflag.org.uk for information about the camp and how to get here, and