On Thursday 2nd July activists from Fight Racism! Fight Imperialism! gathered outside the Discovery Museum in Newcastle after receiving a VERY last minute tip-off that Gordon Brown was holding an 'invite only' question and answer session inside. Three of the protestors were later arrested and released without charge. 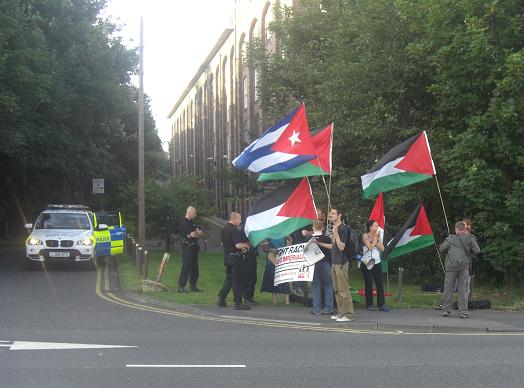 Protestors assemble on the pavement 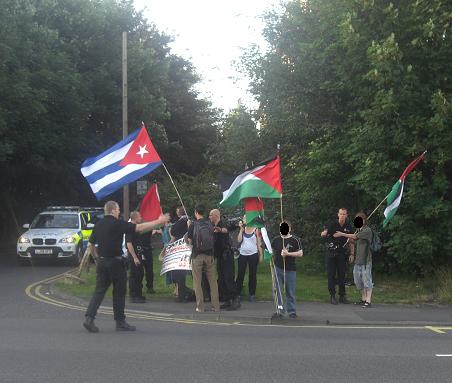 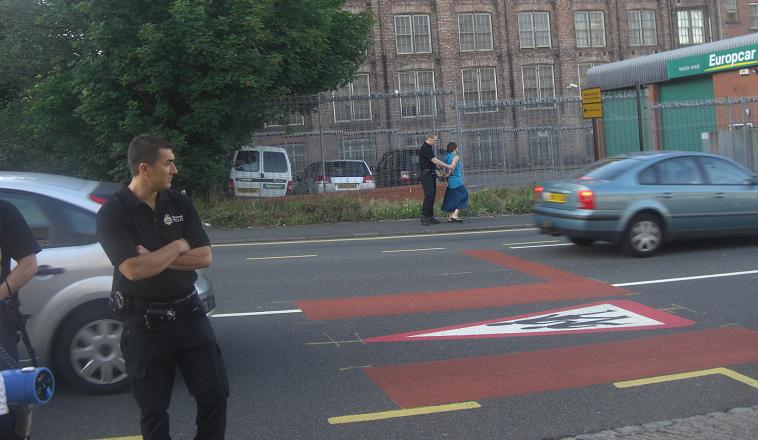 One of the arrested being taken away 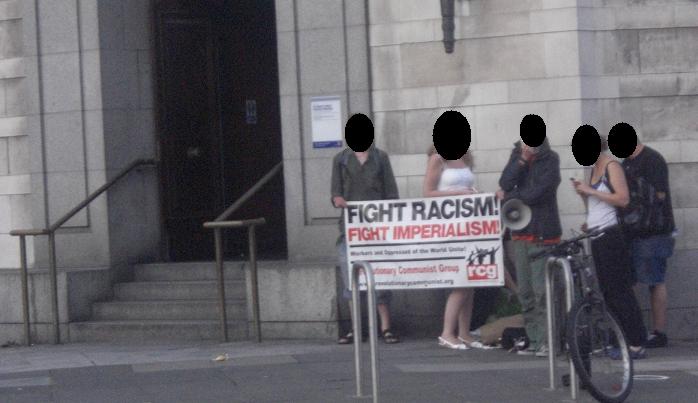 "We protested today in opposition to the Labour government's oppressive and anti-working class policies in Britain and around the world, from the occupations of Iraq and Afghanistan, to complicity in Israel's war crimes against the Palestinian people, to the imprisonment and deportation of tens of thousands every year under Britain's racist immigration laws, to welfare cuts and privatisation"

After protestors assembled on the pavement outside, police demanded that they move to the other side of the road. Another of those arrested described what happened:

"The police began shouting at us and shoving us to the edge of the pavement. One comrade was pushed over into the road. The police said we were 'close to causing a breach of the peace', but all we were doing was peacefully expressing our opposition to the government's policies outside a meeting addressed by the Prime Minister."

After the arrests police kettled the remaining demonstrators, who maintained their noisy protest until Gordon Brown's motorcade had left. The remaining protestors then held a picket of Market Street Police station until the three arrested activists were released without charge, after being strip-searched.

The event was given a passing mention in the Journal today in a bigger report on Brown's visit to the region, but no mention of the protest: