The Filth Are Still Filthy: Bent coppers on the take in Doncaster & Wakefield

Members of the public in Doncaster and Wakefield are warned to be on their guard against a highly organised gang of degenerates who go by the name of ‘The Police’. Leader of the gang is ‘Shifty’ Shakeel Ahmed (pictured below). 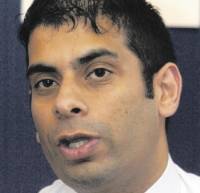 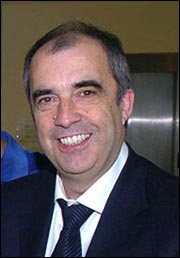 ‘Jackass’ Jim Beresford, stole millions and got to keep it.

Detective Inspector Shakeel Ahmed has been released on bail following his arrest on Wednesday. Ahmed, a DI with Doncaster CID, was arrested along with 9 other officers on suspicion of money laundering and fraud.

During a series of raids on homes and businesses in Wakefield on Wednesday morning police uncovered £150,000 in cash, a large amount of jewellery, a suspected cannabis farm and 14 top-of-the range cars hidden at a car wash; the cars included a Maserati, a BMW X5 and a Jaguar XKR.

Bent police officers? Surely not! Next you’ll be telling us next that a tax-fiddling Tory will be elected to clean up Doncaster council!

When will the police learn their lesson. If you really want to get away with robbing people blind then you’re much better off becoming a solicitor.