The day before yesterday

A comparison of Newcastle in the 1970's with Newcastle today with 9 photos included. 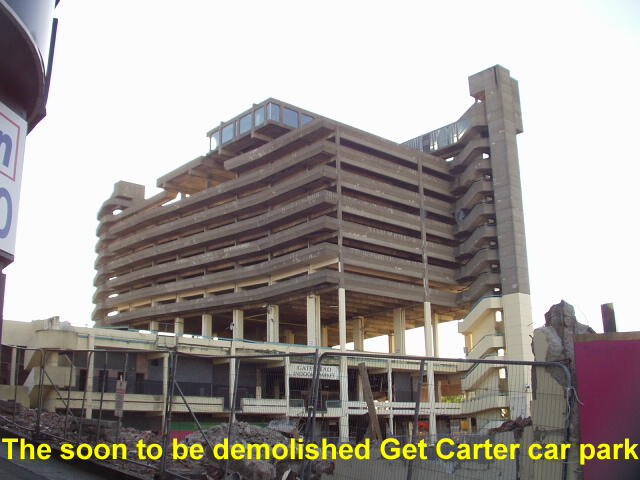 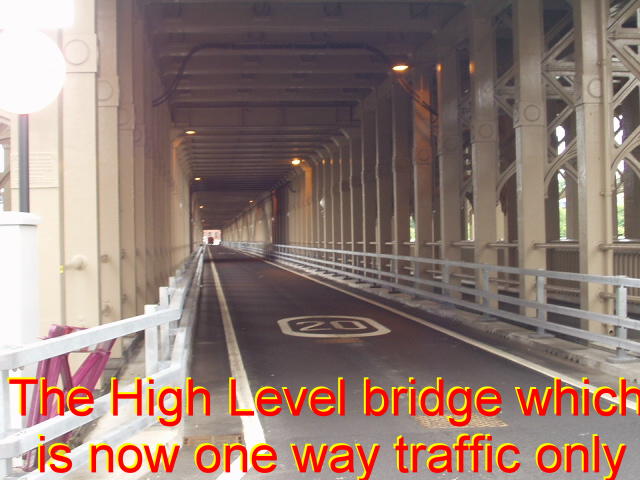 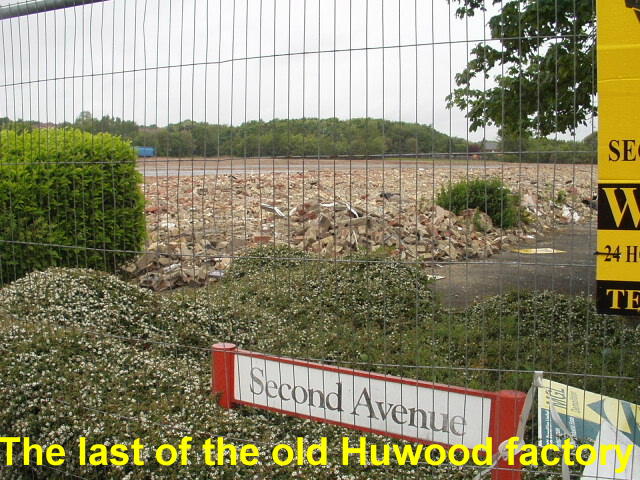 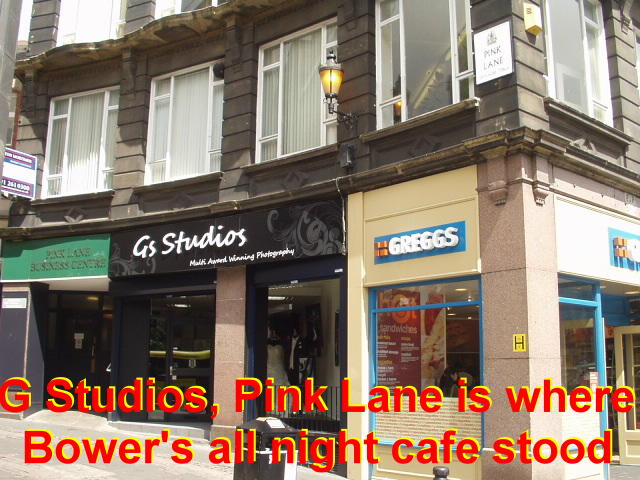 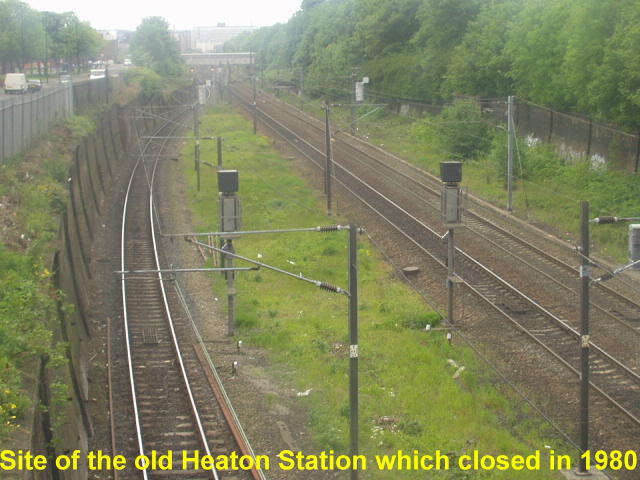 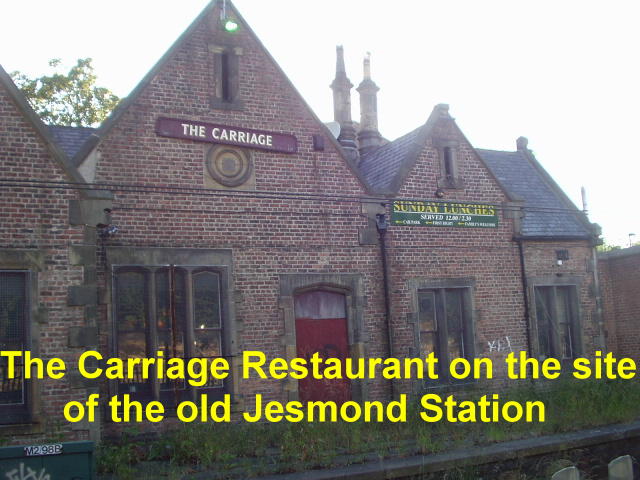 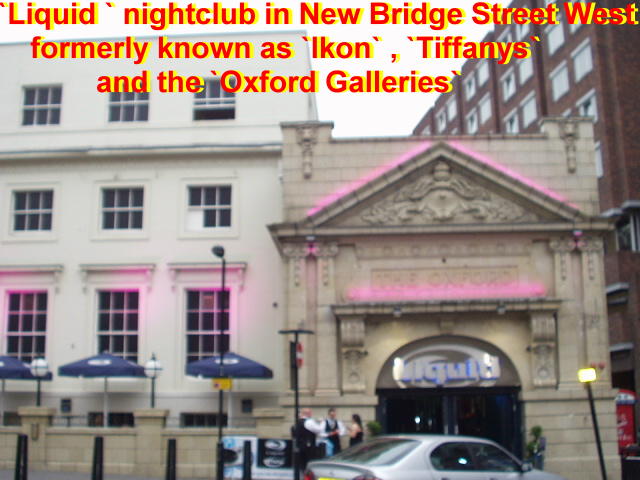 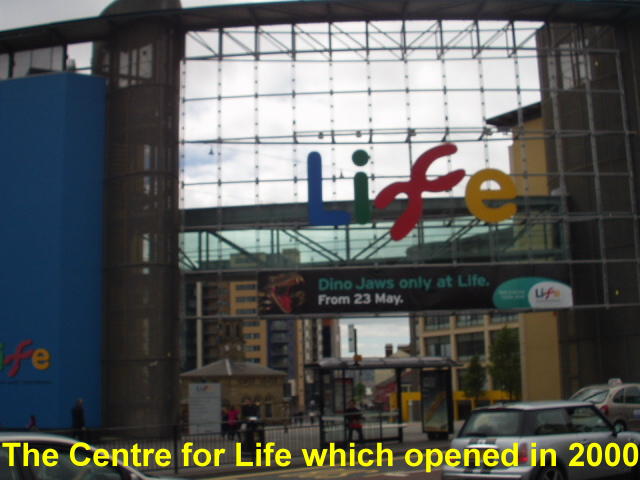 The day before yesterday


♫ `Tomorrow’s almost over, the day went by so fast, the only thing to look forward to is the past` ♫. The haunting lyrics of the 1970’s series `Whatever happened to the likely lads` will take those of a certain age back to the days of Malcolm MacDonald, milk in glass bottles, black and white TV with only three channels and the record-breaking temperatures of the summer of 1976.


The stereotypical image of Newcastle in by gone days was of a clannish, tightly knit community where everyone in the same street knew everybody else and an outsider could be spotted a mile off. Those `mince and tatty` days have given way to a City that is `all cultural like`. What would those likely lads Bob Ferris and Terry Collier have made of it? I’m sure Bob and his long-suffering snooty wife Thelma would have approved – I don’t know about the down to earth Terry though. The BBC series, very popular in its day, ended with a 45 minute Christmas special in 1974 - a 1976 feature film finishing the show for good. Sadly, the two actors Rodney Bewes (Bob) and James Bolam (Terry) fell out at this time and have never spoken since.


Since those days Tyneside has seen the arrival of the MetroCentre in 1986, the largest shopping and leisure centre in Europe with over 300 shops and the Metroland, for a while Europe’s largest indoor theme park till its closure in 2008. By the Gateshead quayside the old Baltic flour mill (a disused 1950’s grain warehouse) was given a £46 million transformation to become the Centre for Contemporary Art. Next to the Baltic is the Sage Gateshead, the multi award winning international centre for music, which opened in 2004. Overlooking these is the Gateshead Millennium Bridge, which began business in 2001, the world’s first and only, tilting bridge. The bridge often referred to as the 'Winking Eye Bridge' due to its oval shape and rotational movement, can allow small ships and boats (up to 25 m tall) to pass underneath.


The Newcastle Evening Chronicle was 6p in 1976; John Gibson was there in the 70’s though his hair then was black! A pint of Newcastle Exhibition was 25½p at that time and admission to the football match was 60p. A typical take home pay packet would have been about £35. Brendan Foster, who was 27 in 1976, won the bronze medal in the 10,000 metres at the Montreal Olympics that year.


The film `Get Carter` which was shot in the late summer of 1970 helped put Newcastle on the map. The most famous location associated with the film is undoubtedly the 12-storey Trinity Square car park affectionately known as the Get Carter car park. Opened in August 1969 (some sources say it was 1967) it is an example of 60’s `Brutalist` architecture. It was still standing at the time of writing in July 2009 but the area is cordoned off for demolition and it will not be there much longer. Many of the locations used such as the Long Bar no longer exist. The original Long Bar was inside the North Eastern bar, which was between Neville Street and Westgate Road. It was nicknamed locally as the 'long bar' because of its 120ft counter (reputedly the longest in Europe at the time) and it is where Michael Caine famously walks in and orders his bitter in a thin glass. The North Eastern bar was closed shortly after the film was made in 1970 and was demolished the following year. There is now a pub called `The Long Bar` on Westgate Road, which has pictures from `Get Carter` on the walls.


The High Level Bridge (called the `Iron Bridge` in the film) still stands as one of the seven bridges over the river today. The High Level Bridge, which dates back to the mid 19th century, is the oldest of the crossings over the Tyne. In the 1970’s there was two-way traffic with reputedly only four inches of clearance between two double decker buses when they passed each other. The drivers would frequently clip each other’s wing mirrors, something that can’t happen now, as the traffic is one-way (buses and taxis only) from Newcastle to Gateshead.


The Team Valley trading estate now boasts hotels as well as factories. This huge estate dates back to the 1930’s. The mining engineers Huwood once employed over 2,000 people in their 120,000 sq ft factory and though it closed in the 1990’s for many years the huge HUWOOD sign could be seen a mile away. The massive building was owned by UK Land Estates who demolished it earlier this year rather than pay the nearly £200,000 annual empty property taxes. So yet another Tyneside icon has gone.


The all night restaurant Bowers was situated in Pink Lane and features briefly in `Get Carter`. It is now a photographic studio. Right next door is the bakers Greggs which is open till around half four in the morning and just past the old County Hotel (now the Thistle) is a little café called the Town House open till about three am.


The Tyneside metro, which is essentially a souped up version of the old British Rail North Tyneside loop line, was built in the late 1970's and opened in 1980. The old Heaton Station was completely removed after its closure in August 1980 while Jesmond Station (not to be confused with Jesmond Metro station) now serves as the home to the `Carriage` restaurant. The "Stand clear of the doors please" announcement, which sounded before the doors started to close, was introduced in 1991 - the phrase was replaced with "Doors closing" in 2004.


The `Liquid` nightclub in New Bridge Street West was previously called `Ikon` (until about 3 years ago) and in the 1970’s and 1980’s it was called `Tiffany’s`. In the film `Get Carter` (shot in 1970) it featured as the `Oxford Galleries`. In this motion picture, which was in the last days before decimalisation in 1971, the admission is given as 5 shillings (25p), which is about £5.00 in today’s money – the price of entrance to the club today.

Sadly one thing, which hasn’t changed since the 70’s, is Newcastle United’s failure to win a trophy. In 1974 under manager Joe Harvey they were runners up to Liverpool in the FA Cup Final. In 1976 under manager Gordon Lee they reached the League Cup Final where they lost 2-1 to Manchester City. Ironically it was Geordie Dennis Tueart who broke the Toon Army’s heart with his famous overhead kick. Admission to St James Park in those days was 60p (about a fiver today) with even a ticket for the 1976 Wembley final being a modest £1.50. Of course it was standing room only apart from the bigwigs and a match programme could be had for 20p. Today the average ticket is around £30.00 - if you can get one.

When feared striker Malcolm Macdonald (Supermac) went from the Magpies to Arsenal in 1976 for the unusual fee of £333,333.33p the Newcastle fans were outraged – “We want wor Mac back!” was the angry chant. Gordon Lee left Newcastle in 1977 and was briefly followed by Richard Dinnis - Bill McGarry took over in November that year. The late McGarry tried unsuccessfully to get Malcolm back but it wasn’t to be.

More recently Michael Owen went from Real Madrid to Newcastle for £16.5 million in 2005 – that’s inflation. For a while Newcastle United had the second largest ground in the country (after Old Trafford) and proportionately are the best-supported team in the country. Despite being in the bottom three they had crowds of 51,000 and 52,000 respectively in their final two home games of last season against Middlesbrough and Fulham. This was better than teams 15 places above them like Everton, Chelsea, Arsenal or Liverpool and is a testament to the fantastic loyalty of the Toon Army. Sadly they were relegated along with Middlesbrough but must surely be favoured to make a quick return to the premiership.


Tyneside group `The Animals` were popular in the 60’s with hits such as `The House of the Rising Sun` and `We Gotta Get out of This Place`. Like the` Likely Lads` they had something of a revival in the mid seventies and to this day keyboardist Alan Price still tours the UK. A somewhat less well known Tyneside group were the Angelic Upstarts from South Shields who had a debut single in 1978 with `The murder of Liddle Towers`.
(Liddle Towers who died on 5 February 1976 was a 39-year-old electrician and amateur boxer from Gateshead, who died following a spell in police custody. On 8th October 1976, an inquest into the death of Towers returned a verdict of 'justifiable homicide' but the verdict was widely criticised. In June 1978, the 'justifiable homicide' verdict was set aside by the Queen's Bench Divisional Court, which ordered a new inquest [3]. The second inquest, held in Bishop Auckland in October 1978, reached a verdict of 'death by misadventure'
Sex Pistols producer Dave Goodman released a record called 'Justifiable Homicide'. The Tom Robinson Band dedicated their 1979 album, TRB Two to Mrs. Mary Towers, the mother of Liddle Towers. The song Blue Murder on this album relates to the death of Towers.)


Newcastle has a magnificent new library with some stunning views from the 6th floor. The old library was a stone structure built in the 60’s and lasting till its demolition in 2007. In the 1970’s in common with all libraries it was open till 9 O’clock in the evening.

During the 1970’s and 1980’s a common sight in the North East were the juvenile jazz bands. They were almost exclusively girls marching bands based in working class mining communities. The `Pelaw Hussars` famously appeared in `Get Carter` after film director Mike Hodges came to Newcastle from London and was so impressed by them that he included them in the movie. Though less prevalent today the head office of the United Kingdom Federation of Jazz Bands is still at the Wallsend Community Centre on Tyneside.


There used to be an overnight sleeper train from Newcastle to London, which left at just after midnight, picked up at Darlington about half an hour later and then arrived in London around 6am. That too was a relic from the seventies – I remember getting it on a Thursday evening/Friday morning when the old weekend return ticket was valid on the sleeper as it left on a Friday morning. Nowadays there is a very early morning train leaving Newcastle at 4.30am and getting to King’s Cross at 8.13am – in time for your nine O’clock appointment.

So which do I prefer – then or now? Newcastle has surely improved with modern buildings and facilities and a rapid transit system. The city is undoubtedly more cosmopolitan with the increases in tourism and service industries, which largely replaced the manufacturing industry for which the North East was so famous. There is now a very large student population, particularly in the Heaton area and consequently more outsiders than previously. You’d have to say that this is all change for the good but am I alone when I feel nostalgia for those bright yellow double decker buses or for the all night restaurant in Pink Lane? Am I alone in regretting that there will never be any more episodes of the `Likely Lads` or that the famous Gateshead car park will soon be no more?

Some of the old Newcastle traditions survive – like the half-day closing on Wednesday in Byker. There is still something unique about Newcastle – it’s not quite like anywhere else and it will always be important to me.