The original meeting at the Liverpool Guild of Students has already generated so much interest that a second meeting has now been organised earlier on to take place in the south of the city. The first meeting will now take place on Monday at 6pm at Liverpool Hope Student Union (the Boardroom), off Woolton Road. The later meeting will take place in the library room of the Liverpool Guild, off Mount Pleasant in the city centre at 7.30pm.

Professor Whitelegg will be speaking about anti-racist campaigning, improving Britain's transport system and his plans to improve the NW region if elected as an MEP this June.

Currently, Professor Whitelegg is one of eight Green councillors in Lancaster, and Chair of the Planning Committee on Lancaster City Council. He was elected in the Green Party's most successful ever local elections in 2003, with a Green councillor elected in Manchester and a 15% share of the vote in the Abercromby ward in Liverpool.

We don't need middle class eco-warriors lecturing us about how to change the world, thank you very much.

The Greens are shitting themselves because of the massive rally that took place with George Galloway et al to launch Respect - the Unity Coalition - which they ahve been invited to join.

Personally, I don't really like their "middle class with a conscience" politics or their lack of any real connection or interest in the working class.

You have noticed that the RESPECT manifesto is basically identical to the Green one,
right? i.e. 'middle class conscience politics' with no connection to the working class!

Green worms in the rotting mass that is politix

Italian greens are much worse ..

Green has become just another shade of politix

Italian greens are just as bad if not worse 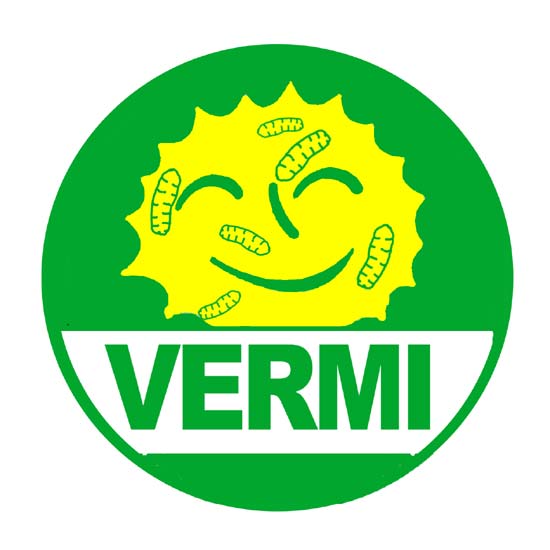 Thanks for the comments all. The Greens have both working class and middle class members. We don't bar members (or criticise others) on the basis of gender, race, sexuality, disability or age either.

For the record. I grew up in a small Scottish town with 40% unemployment. Son of a merchant navy man, grandson of a coal miner, great-grandson of a blacklisted leader from the 1926 General Strike. However, I've got a university degree (the first in my family) so that makes me "middle-class" now. John Whitelegg is from similar "working class" origins, but of course is a Professor, so he is also "middle class" now.

There are policies of our you will agree with, and policies you will disagree with. You may wish to express these disagreements without descending to the journalistic style of "The Sun".

well said peter. we need an inclusive, united and positive opposition to the right. dismissing contributions just because they come 'middle class' origins is self defeating and will keep all the 'minority' groups of the left just that, this includes the various and numberous 'working class' groups, parties etc. unity people!! we need it if we're to beat the few right wing parties (Labour, Cons, Libs, UK Ind n BNP). how many 'leftist' groups are there? alot. Inclusive, anti-oppressive n positive unity against a common goal is possible n should be pursued.

If we were doing things right on Merseyside we could tell these 'middle class' 'busy bodies' to do one but we're not. Things like pollution n toxic food affect us all and probably the 'working classes' more than the rest. the Greens should be supported even if you think it isn't an important enough issue to vote on.

They are essentially left-liberals. When they have got on council seats they often collaborate with the lib. denms. In their policies they show no real organic connection with working people. They have no links with the Labour movement and don't really except for broad social democratic plattitudes have any empathy for the most poor and marginalised in society.

Whenever they do get into power (as in Germany) they move rapidly to the right, which is symptomatic of these kind of politics.

By the way I love Chomsky's work (though in his recent works/interviews he tends to repeat himself).

I rate his book on Israel: "The Fateful Trigangle" and the one on the Media "Manufacturing Consent" as classics.

However, I think even Chomsky cops out. He never advocates any practical politics or tells us how to build a movement or actually agitate for change in our community.

I think it is this lack of practical politics that makes him popular amongst left-liberals.

Chomsky is brilliant at interpreting the world, but the point is not only to interpret the world - but to CHANGE it!

chomsky has described himself as a social libertarian and has said he identifies with anarchism.

Better just kill myself then

Oh shite, i'm middle class, not allowed to have views then, the fact I work for a living dosn't make me a worker, after all how can a child of a middle class family be anything other than a member of the establishment?

The other week i went to Derby....I bought a pint and paid for it in pound coins as a protest against the high taxes on alcohol that has relativly few negative externalities compared to say the areoplane and tourist industries that get huge tax cuts. When is Indymedia going to allow me to publish my story? - Never - why? because it is bullshit. Just because a political leader goes somewhere does not mean that it deserves to go on the newswire. I am a political leader i go places but i do not publish it on the newswire, when the Green party leader goes and smashes up a petrol facility or an aeroplane then i will be impressed.

Rather than refute the fact that any media is completely free from agenda or bias, I think that the problem on here, as with many lefty and alternative sources of information and ideology, is that there are certain people in charge who deem what is, and what isn't, topical, relevant and useful knowledge to debate. The point is that, to be frank, the nature of alternative politics and media, like mainstream politics and media, is that the people often involved, rather than dismissing them all as middle class (which to be honest is unfair, judgmental and crass at worst) is that many of them are 'professional' activists, professionals who are versed in obscure knowledge and people who are knowledgeable and literate and know about injustices and dreadful situations around the world. For some, not all, this knowledge becomes a badge, that separates them from the common herd, from those who don't know. To me, such knowledge should be used to explain and understand why the world is in a mess, from top to bottom. To some people, it is more about power-politics, personal politics, and the politics of clever-cleverness and being clued-up for its own sake. Wine-bar socialism in effect!

A lot of lefties are monied and middle class, it is as simple as that. AND, and I think this can be a problem, what middle class British people and working class British people might believe are relevant issues can often be two different things. Fighting for justice in South Africa, Latin America, Indonesia, SE Asia, Eastern Europe and many other places ARE noble causes, but if you are IGNORING, and perhaps wilfully so, the problems in YOUR town, YOUR street, the place you live, work, eat and chill out, you are acting in your own way like the same despots and dictators in other harsher places. We remember the slave trade so such things don't happen in Europe again. We remember the Holocaust so this doesn't happen again. We remember the 1st World War so this doesn't happen again. But, it is like tackling problems in other parts of the world; those things are past, they are gone. We should be concerned about injustice everywhere, but especially in the country and place we live in, and we should be thinking about injustice HERE and NOW, the injustices that allow wealthy people ALL OVER THE WORLD to pay less tax, to pay low wages, to waive workers rights, NOT JUST in 'trendy' countries around the world, BUT RIGHT HERE in Britain!!!!!!! When any of those lefty groups, of whatever class group they are, march for a genuine minimum wage, a fairer tax system that hits the well-off and the rich more than the poor, and when monied lefties march for proper workers rights, and wave placards and banner about that, I'll think about joining one!!! But until there is a genuine and considered effort to tackle the, sometimes, savage economic injustice in Britain, and look at why the 4th wealthiest country in the world has poverty-stricken communities the length and breadth of these Isles, all this lefty posturing will remain just that, and all those groups for the most part will remain obscure, powerless, disunited and achieving very little if anything!!!

Until those who want genuine change get together with a majority of working class radicals who would directly benefit from fairer tax laws, fairer pensions, a fairer minimum wage, nothing is going to change. Where are all the radicals and the angry who are shocked at the mess the former mining communities? Where are they now? Yes, probably planning ANOTHER diversion, something about South America, or anti-racism, or something else to keep us away from the main issue; the issue of immoral and unjust economics, which allows wealthy countries like Britain to keep a majority of it's citizens in poverty, relative poverty and absolute poverty. When the monied lefties understand that their turning a blind eye in Britain to injustice, is EXACTLY the same as the oppressors in other countries turning exactly the same blind eye, we will all get to the truth of a matter. I won't hold my breath......

Timbo wrote: "I posted a main story and they didn't print mine either"

Well yes we did, but we might have moved it from off the front page to the unmoderated "view all posts" page, as described here:

I agree that this article is basically an advert for a political party, so I'll moderate this one too. Thanks for flagging it up: we don't always catch them all straight away.

Saorry to disillusion those of you who would prefer to think otherwise but the Labour Party is still a left wing party. Just happens that they are not the "loony left" - rather it is a realistic left.

OK some of Blair's policies contain shades of Thatcherism and that makes my blood boil sometimes but taking the party as a whole it is obvious where it sits - slap bang on the left.

Or would you rather keep reading the press opinion and not have any of your own?