The Story of Evil – Continued…

As long as the vast majority of liberals and pseudo-radicals play dumb to the mass terror and looming catastrophe being crafted in their name – only shame and grotesque failure await them – and all of us who are not resisting ... 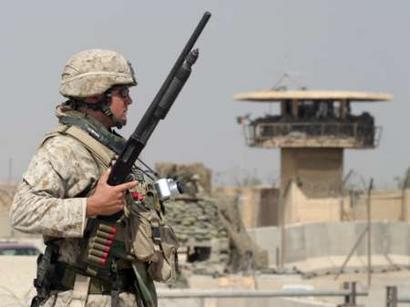 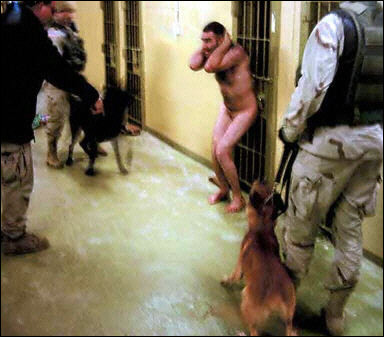 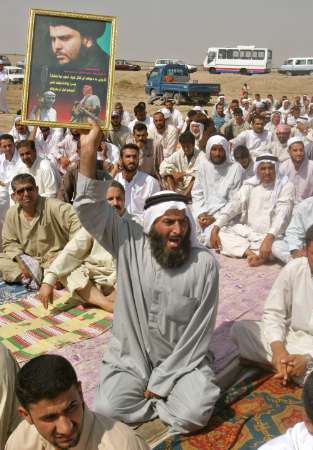 Everyday the struggle Grows and the West is More Isolated

The Story of Evil – Continued…

"The gloves are coming off, gentlemen, regarding these detainees," said the US military e-mail, which was read into evidence. It added that the command "wants the detainees broken."


To take care – is to love – is to honor God. This concept – this way of living, giving and honoring has to permeate all things: relationships, children, the environment, the Resistance, etc. Balance is important in al things – but in this transition period of 50 to 200 years balance will often not be possible.


Nothing in the US makes sense or follows the model of political or social development of the rest of the world. Only shock-and-awe can breakthrough the layers of denial and fear of the US people and begin to halt the USA’s slide into fascism and global annihilation. Extreme reverse escalation therapy is like shock therapy for the severely mentally disabled. Its wake up time and groups may need to think really big since they may only get one shot. It is best if this jolt comes from young white Americans who will stand up for the sheep and convince them that nothing can ever be the same until the war is won – the war against capitalism, greed, and the fascism of a system that thrives on ignorance, complexity and lies.

As long as the vast majority of liberals and pseudo-radicals play dumb to the mass terror and looming catastrophe being crafted in their name – only shame and grotesque failure await them – and us all.


— Serial killers are usually mentally disturbed or unique – When a large group of people – like the 300 million strong – USA –dominated global elite class conspire for decades to design public and private economic policies to increase and defend their wealth – it is the purest of EVIL !! -- These are premeditated, profit calculated, technically proficient – indeed almost invisible – like the 2 million prisoners in the US, half of whom are minorities. Proficient and clean and wholly unnecessary, marks the crimes of the West as the most horrendous in human history. Even Dresden, Hiroshima, Nagasaki, Hanoi are justifiable compared to the nuclear bombs of hunger and privatizations that scour the weak into early deaths and keep wages down. A thousand times as many children die each year from vitamin deficiencies than from the NYC 911 bombing. Defenseless and unsuspecting their fates 40 million are sacrificed each year by the international financial system of which the prime beneficiary is the USA – ( Data on for currency exchange) – Many more will die from this structural violence and from the wars that the USA will wage to keep its wealth.

If the churches would speak to this global genocide/ecocide – then they could tell us what is self defense, war or terror. And we would hear that Gulf War I, Afghanistan, the Iraq sanctions and the Gulf War II are immoral and unconscionable. The money, the alliance with death squads and the massive civilian murders are far outside the realm of decency or propriety. US arms sales and arms donations to Israel, Egypt, Colombia and Jordan-Turkey-Saudi Arabia are destructive and dangerous for everyone. Past, present and future war crimes and crimes against humanity are built into US foreign, energy and military policies.


At the least the West is guilty of theft, slavery, and criminal negligence on a world scale. No one speaks out for the extinguished people and the children of no-futures. Just like in the Middle East the US needs a culture of violence to work its plan and spread its disease.


The greatest hyper-Evil known to the eons of earth – the USA – is poised to consolidate its super-empire. Never has such a force been conceived of by human mind. The Nazis sought to kill those it opposed – the USA – and its suffocating modernist techno-industrialist hegemony – kills your spirit, culture, ecology, socio-economics and your options for the future. These are all facts, self-evident and – far beyond debate. (Where does this meta-menta domination beast arise from?)

Do not waste time on the nature of the problem. Even the solution – the ideal future we are fighting for – is no longer relevant. Only victory or honorable deaths are legitimate goals. (if you want to debate this, please send formal statements to indymedia Seattle or to

liberationofgod@lycos.com, we would be most happy to enlighten or humiliate you!)

The only non-Evil field of study relates to achieving total victory over the USA in the shortest time possible (Bomb Chemistry, Electrical Engineering for jamming devices, EMP and neutron bombs; Weapons Instructor and designers/adapters; Snipers and fring systems experts/spotters/intel; Sociology of Fear and Chaos). We have less than a decade to achieve our great triumph.

In many situations the strategy of insurgents seeking to stop US-EU fascism follows an escalation theory: issue communiques detailing your demands, and the program of your group/movement; 2. perform symbolic attacks ( stealing the Liberty Bell, disfiguring Statue of Liberty or a phony bomb at a US recruiting station). Then ( 3.) kidnappings and fund raising (bank robberies, extortion, etc…); and finally escalation to real bombings, assassinations and mass attacks on energy and other key infrastructure ( military, financial and political institutions).

Given the extreme underdevelopment of US political and moral consciousness (ignorance, apathy, or quiet fascism) escalation theory may need to be turned on its head: BEGIN attacks big, bloody and shocking in order to initiate a serious debate, generate outrage and copy-cat attacks. Promote the Idea of IMPERIALIST FREE ZONES – no arms production – no military facilities – no recruiting – no corporations of the Fortune 5000 – no non-locally owned security contractors.

People of conscience in the US and the world, There is a War of 4 billion people against 100 million elite oligarchs and their US-Euro backers (the government and many billionaires). The apologists for the US, neoliberal economic policies and the rich - people like Human Rights Watch, Oxfam, and Amnesty International, Occupation watch.org (and all other groups ???) will try to confuse you and these issues telling everyone that the issues are more complex and rooted in racism, old feuds and the drug wars - They are not. The correct way to prepare for battle is to understand the enemy (USA military) and its strategy and weaknesses. Whether we are victorious or not is not even relevant, only that we try with all of our might and brains.

How many die? One is too many! - The death bells toll but we don’t hear the tone - All waiting on a train to take us home - The guns they talk and they don’t tell lies like people - never like the rich though the rich lie through their guns as well as their mouths - this ain’t what it seems - never clear as dreams - wasn’t isn’t real is clearly part of hell -

Army reservist Ivan "Chip" Frederick, 38, of Buckingham, Va., confessed to eight counts of conspiracy, dereliction of duty, maltreatment of detainees, assault and committing an indecent act. He was expected to be sentenced Thursday and could receive 11 years in prison. Frederick — a military policeman who is a corrections officer in civilian life — acknowledged his part in the scandal, which broke in April with the publication of photos and videos showing American troops abusing and humiliating naked Iraqi detainees.

But the Army staff sergeant also blamed his chain of command, saying he was given no training or support in supervising detainees and only learned of regulations against mistreatment after the abuses occurred between October and December last year.

He testified that when he brought issues up with his commanders, "they told me to do what MI told me to do," referring to military intelligence. His lawyer, Gary Myers, said Frederick agreed to cooperate fully in further investigations and would testify at courts-martial for other soldiers.

"I was wrong about what I did and I shouldn't have done it," Frederick told the judge, Army Col. James Pohl. "I knew it was wrong at the time because I knew it was a form of abuse."

A report this year by Army Maj. Gen. Antonio Taguba said using MPs to break down prisoners may have been a technique imported from the Guantanamo Bay prison and possibly detention centers in Afghanistan (news - web sites) used to hold suspected terrorists. During the proceeding, Chief Warrant Officer Kevin Kramer, a military intelligence soldier called as a witness, referred to an e-mail from the U.S. command in Baghdad telling him to order his interrogators to be tough on prisoners.

"The gloves are coming off, gentlemen, regarding these detainees," said the e-mail, which was read into evidence. It added that the command "wants the detainees broken."


Frederick, who was in charge of the night shift at the "hard site" facility at Abu Ghraib, west of Baghdad, said military intelligence soldiers and civilian interrogators told the guards how to treat the detainees. That included stripping detainees, depriving them of sleep or taking away their cigarettes, Frederick said. Investigators wanted detainees "stressed out, wanted them to talk more," he said.

Frederick said that from his first day at the prison, he saw detainees "naked, handcuffed to their door, some wearing female underclothes." He said the first time he witnessed sexual humiliation used as an interrogation technique came late last October when he saw intelligence officers handcuff naked prisoners together. "Nudity was to humiliate and degrade them for military intelligence purposes. It was very embarrassing for an Arabic male to be seen nude by another," Frederick said.

During an incident last Nov. 4 captured on photos transmitted around the world, Frederick said he helped hook wires on a detainee's hands and told him he would be electrocuted if he fell off a box. An Army investigator encouraged him to abuse the detainee, saying he didn't care what was done to the prisoner "as long as you don't kill him," Frederick said.

In a Nov. 8 incident, Frederick admitted, he joined another soldier in jumping on a pile of seven detainees accused of rioting. He also admitted to stomping on their hands and feet. "I should have stopped it right there," he said. But the detainees then were strip-searched and remained naked, even after female soldiers arrived on the scene — which is against military rules, he said. Frederick said he punched the ringleader in the chest so hard that the prisoner needed medical attention.

"I was crying. I wanted to kill myself," he said, then bowed his head on the witness stand for several minutes. "I felt humiliated, but I had nothing to kill myself with," he said.

Frederick is one of seven members of the Cresaptown, Md.-based 372nd Military Police Company charged in the scandal. One, Spc. Jeremy C. Sivits of Hyndman, Pa., is serving a one-year sentence after pleading guilty in May to three counts. In addition, Spc. Armin Cruz, 24, a military intelligence soldier, was sentenced last month to eight months of confinement, reduction in rank to private, and a bad conduct discharge for his part in the scandal.