Hatzistergos: "For example, because of a perceived risk that they may engage in, or incite other persons to engage in, terrorist activities."

Terrorist prisoners held in a "box within a box" with no "fresh air or sunlight" at Goulburn HRMU may incite alleged terrorists in Long Bay to blow up Long Bay Prison's Twin Towers? 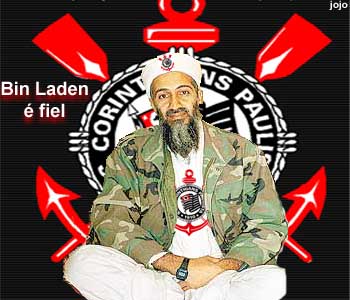 AUSTRALIA: NSW prisoners' held in a box within a box with no fresh air or sunlight at the countries terrorist jail (HRMU) or High Risk Management Unit at Goulburn Correctional Centre, (a super-max prison in NSW), are said to have followed Osama Bin Laden from their isolated cells.

Osama was overjoyed and could not believe that he has followers from Australia who look up to him from their hole in the ground and pray for mercy to have some form of constructive lifestyle. Some like Faheem Khalid Lodhi, and Zeky Mallah, who have not committed any crime and who have not been found guilty of committing any crime, yet remand or a remand prison is simply out of the question for these alleged terrorists.

Other prisoners even though they have been accused of internal disciplinary charges "not proven" because there is no charter for evidence to be relied upon to secure the allegations, by any " visiting justice or magistrate", are stuck in a tomb without any constructive lifestyle for 23 hours a day and have been treated like terrorist by the Justice Minister because, this language suits the neo-cons conspiracy theory.

This means because the "terrorist" being the most unpopular prisoners can be given "no support "in relation to the truth being told. Have no programs or any type of constructive lifestyle, no communication or dialogue. The Department of Corrective Services only have to warehouse them for lest cost and can use these people as propaganda to suit their rhetoric in the politics of fear for the HoWARd government.

However sources say Bin Laden is coming to their rescue! Allegedly Bin Laden posted on an Islamic website this morning a fatwa.

" And to all those infidels in Parliament house Macquarie Street Sydney, and Parliament House Canberra for their lies and propaganda".

So these sinister prisoner/terrorist locked up in chains could be up to something? For instance they might incite other terrorists to blow up the Long Bay twin towers?

But now a few more keywords have been added to the "security classification" like AA will sit atop the existing classification system, which runs A1, A2, E1, B, E2, C1, C2, C3, with A levels representing maximum security, B medium, C minimum, and the E levels added for prisoners with escape histories.

"AA" = "terrorist" = "label" = "demon" = "no constructive lifestyle or programs for prisoners" and no responsibility for the Department to rehabilitate offenders while they're in jail.

Hatzistergos will introduce this classification to other state jails. That means overcrowded jails warehousing prisoners instead of rehabilitating prisoners will become the norm.

Then you can become the most unpopular person by being suspected of "terror". So instead of actually being a "mass murderer, child killer or pack rapist" you can be all those monsters bundled into one just because you're suspected of being a terrorist without even committing a crime.

Make sense? Makes sense to me and that also does away with court proceedings, cutting the cost of "annihilating your opponents" in the politics of fear mongering for warmongers like Prime Minister John Howard.

The "A1" rating now reserved for those prisoners considered the greatest threat to community safety is to be topped by an "AA" classification imposed solely on inmates with terrorist links? Terrorist links, links, links and terrorist cells, cells, cells. And you can bet it'll be all because "sources say," say, say and keep on saying it was you.

Any prisoner graded AA would be subject to even tighter security than the 113 "special high risk" inmates classified A1?

Perhaps now prisoners will get tortured with bags over their heads and have their cloths removed? What about electric shock treatment? That will get them talking? And if that doesn't work why not use "disco sleep depravation" that is "just in case they decide to hold out on us form their box within a box with no fresh air or sunlight"?

The NSW Minister for Justice, John Hatzistergos, said prisoners who posed a special risk to national security and the good order and security of the state's prisons would be classified AA "terrorist inmates".

That could be anyone of you, smiling faces out there in the community, but you won't be smiling for long after you're "chilled out at the Harm-U, all because you're suspected". As such, you would be housed only in the highest security facilities, would not have contact visits unless it was "deemed safe", and all mail not to or from a "defined exempt body" would be screened.

AA inmates would have no recourse to the "official visitor" provisions available to other NSW prisoners and instead could take complaints to the Ombudsman?

The Ombudsman who incidentally has no power of veto over the Corrective Services Commissioners discretionary powers for the "Good Order and Security of the prison". The Commissioner needs to show no proof regardless of the guilt or innocence of any prisoner whether they should be isolated for an alleged crime or for how long they should remain in isolation.

All prisoners housed at the super-max prison have no recourse whatsoever.

The cabinet committee on counter-terrorism had approved the Crimes (Administration of Sentences) Amendment (Category AA Inmates) Regulation 2004 bill, which would be introduced to Parliament?

But one of their reasons for doing this is because the Justice Minister and Cabinet now want to isolate and mistreat the states prisoners and make their current treatment legitimate as if they have done no wrong to date.

There is no visiting justice going into the prison and the Commissioner of Corrective Services has discretionary powers, which, the Ombudsman cannot veto. No proof about the reason why a prisoner should remain "isolated indefinitely" can be called for by the Ombudsman even though the Geneva Convention maintains isolation should be no longer than 32 hours and the fact that these prisoners are not at war with Australia?

As well as the AA level for male inmates, a new Category 5 would be introduced for female prisoners, whose highest security classification has been Category 4.

"We must prepare for the future and the contingency of holding convicted terrorists in our prisons," Mr Hatzistergos said. "This new high-security regime is tougher than the conditions imposed on the state's most violent and dangerous non-terrorist inmates - for instance criminals such as Ivan Milat."

But this preparation comes too late because for the prisoners who have not died in the HRMU from their treatment but have self harmed or become brain dead through mental illness have already been critically damaged by their experience. Hatzistergos just wants to make it legal now? But it's a bit too late to cover his tracks because we have recorded the complaints long before the legislation was even thought about!

Ten reported, "Mr Hatzistergos did not say so, but AA inmates would probably be housed at the High Risk Management Unit at Goulburn, known as Super Max, where A1 inmates, including Milat, are held?

But Hatzistergos knows so! And has even done so! For a long time prior this supposed alleged legislation, so cut the crap!

According to the draft regulation, the Commissioner for Corrective Services, Ron Woodham, would impose an AA classification on inmates "who, in the opinion of the commissioner" "with his discretionary powers" "represent a special risk to national security".

But this is an indictment on society and the community is being told lies, half-truths and propaganda to say the very, very least, we have proof.

Hatzistergos: "For example, because of a perceived risk that they may engage in, or incite other persons to engage in, terrorist activities."?

Terrorist prisoners held in a "box within a box" with no "fresh air or sunlight" at Goulburn HRMU may incite alleged terrorists in Long Bay to blow up Long Bay prison's Twin Towers?

Proposed AA inmates "should at all times be confined in special facilities within a secure physical barrier that includes towers or electronic surveillance equipment".

Mr Hatzistergos said the Department of Corrective Services had been working with "other states" to develop national guidelines for managing terrorists and suspected terrorists in custody.

"Officers from my department have closely examined the security strategies used by Israeli and French prison authorities," he said. "This regime represents world's best practice for dealing with terrorists in custody."

There are two inmates in NSW charged with terrorism offences - Faheem Khalid Lodhi, accused of plotting an attack on Australia's energy supply infrastructure, and Zeky Mallah, accused of planning a suicide bombing.

The Channel Ten News reported that these "terrorists" that may have motivated "Islamic extremists" "in Australia" who wanted to do harm.] were "ordinary people in ordinary families living in the suburbs of Australia"? THAT'S YOU!

There used to be a (VJ) or Visiting Justice who would go into the prison and judge any claim or accusation that was made by any prisoner or prison guard. If it were found that a prisoner had offended then punishment was metered out.

Taken into account were any relevant evidence or proof of and alleged incident and the type and duration of any such punishment that would be given to the prisoner as a result of being found guilty of some type of internal prison offence. Whether that is assault, contraband, or gang related activity etc.

The Hon Charlie Lynn: How many complaints were there by inmates or staff assaulting or abusing inmates?

The Hon John Hatzistergos: I do not know. Do you want me to ask every inmate who was in every correctional centre how many people?

This is scary stuff where LAW/CRIME have come together as one in the name of "terrorism". Your home can been invaded by the most unlikely criminals NSW Police and the use of Force becomes a total reality in NSW homes

A TOTAL ABUSE OF POWER

By Prisoners at the HRMU 19 November 03

We the prisoners at the High Risk Management Unit at Goulburn Correctional Centre would like to ask you for help in receiving equal treatment and opportunities as other prisoners throughout the system. As we are told that we are not in a segregation unit but we are treated as though we are in one.