The legislation is expected to introduce a new definition of "possession" of an illegal drug, making it an offence to have a certain amount in the bloodstream. This is likely to prove controversial - not least because some drugs, such as cannabis, can remain in the bloodstream for weeks. 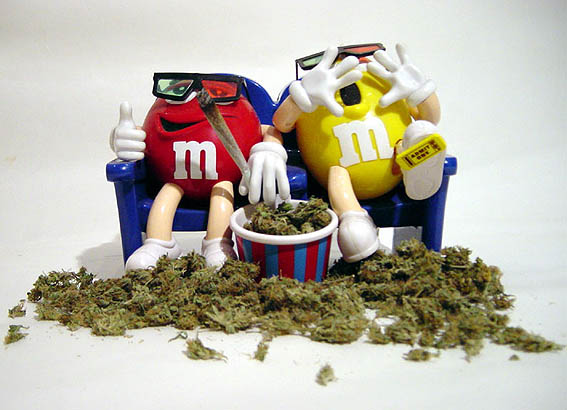 UK: This absolutely preposterous idea/theory of allowing a person/s to be possibly charged with 'possession', if found to have a drug substance within their bloodstream, just goes to prove such hypocrisies which certain hierarchies feel justifies passing legislation, is another blow for democracy!

To even consider the notion of passing such legislation shows real concern for the future of our well being and the greater need for us as a society to have the rights and power to protect ourselves from any further infringement by intrusion!

Here in Australia, we have had to cop many 'stand over tactics' and still continue to fight for our rights. Just how much more are we as a people going to stand for and what will the consequences be?

Imagine if you will, the amount of people appearing before our courts if this pathetic attempt to criminalise every single human being for having some sort of drug substance in their very own blood!

We are in the midst of a crisis trying to cope with the already over populated prison system, which sadly is mainly due to the amount of people within society living with a drug dependency of some sort.

This is not about possession...this is purely an over zealous ambition AND obsession of the egotistical politicians who pursue any means of demoralising fellow man!

The definition of possession means simply:

(Act or fact of possessing, ownership).

When can I be charged with a drug offence?

You can be charged with a drug offence if you:

Supply a dangerous drug (give, sell, deliver a drug to someone else or offer to do this).

Being the occupier of a place you allow it to be used for drug offences. This is important for people in share accommodation who know housemates or friends of house-mates are using drugs on the property. Instead of the police having to prove you knew what was going on, it is assumed you knew and you have to prove you didn't know.

The sentence for these offences will depend on the drug and how much there is of it. If you are charged with producing or possessing heroin or cocaine and you can prove you are drug- dependent the court will take this into account when sentencing you.

More than one person can be "in possession" of drugs at the same time. For example if a number of people in a room are smoking marijuana, they may all be "in possession" of the drug being smoked or the thing being used to smoke it. It is not just the person who is actually using it when the police arrive that could be charged.

. This legal information is relevant to Queensland Australia."

Blunkett's Quest, but is he on drugs?

The legislation is expected to introduce a new definition of "possession" of an illegal drug, making it an offence to have a certain amount in the bloodstream. This is likely to prove controversial - not least because some drugs, such as cannabis, can remain in the bloodstream for weeks.