Garden Festival - Glossy plans, but what lies beneath remains unknown

The new owners of the old Liverpool Garden Festival Site, Langtree McLean, present their ideas for the former landfill site. 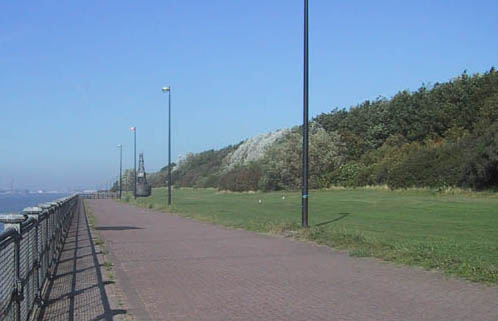 Glossy plans, but what lies beneath remains unknown.

The new owners of the old Liverpool Garden Festival Site, Langtree McLean, present their ideas for the former landfill site to the Nieghbourhood Committees.*

Anyone who remembers the bumptious, opinionated twerp who tried to sell us the Wiggins plan, can’t have failed to be impressed by this polished performance. This was a professional glossy presentation, given with a panache that Alistair Cambell would’ve been proud of. But you get the feeling (and we won’t know until the detailed plans are put to the council) that there is a lot of ‘spin’ to these designs.

According to these two spokespersons, all the major features of the site are to remain. Protests made by green campaigners seem to have had an effect, because concessions have been made to retain open space. There are to be the same number of dwellings built though, only all lumped together at the dome end of the site.

Here are some of the points:

It was stated that the site is ‘derelict’ but that it was also ‘unique’. Liverpool has too much green space apparently; the word they used ‘competing’, whatever that means. It is acknowledged that there are masses of wildlife living on the site, such as newts, foxes and rare birds, but that the trees are of the wrong sort, and need ‘robust tree management’.

Eight story flats are to be built facing the waterfront, as part of 1300 homes, plus retail and leisure facilities. The developers say this will generate just enough income to cover the cost of building, plus the cost of maintaining the rest of the site ‘in perpetuity’. They only want to make enough to get by on. But, according to councillors, the figures don’t add up.
We were also told by a resident, from a site built by MacLean’s on the Herculaneum Dock, that their maintenance record is appalling.

In reply to a question about the dangers of explosion on the site the consultants told us of a meeting they had with Riverside Action Group (RAG) – who, as we know, were in favour of the Wiggins plan – in which they were told that an explosion on the site four years ago had knocked £21,000 off their property value.
Later, to another point raised, about studies which show advrse health effects from digging up landfills, detected over a three kilometre radius, they said that there would be ‘no excavation’ needed for their proposal.

Has a way of erecting eight story buildings been invented without putting down foundations? And, if the land isn’t to be dug up then won’t the danger of explosion remain?

There is still going to be a restriction on the residents growing vegetables. (If you remember, a signed covenant, not to grow veg, was part of the Wiggins plan.)

When asked by a councillor if be any affordable housing built, one of the consultants replied, “no” adding that, “Of course councillors will be aware of the council tax implications, and the need to keep people on higher incomes within the Liverpool City boundaries.”
Surely he wasn’t implying that the council would go for the proposals because of the higher revenue that luxury homes will generate? Maybe I misheard.

The councillors of the Waterfront Neighbourhood Committee rejected the plans on the following points:

They also agreed that a Health Impact Assessment be done.