The big scouse unwelcome for US Secretary of State Condoleeza Rice kicked off with protests around LIPA (Liverpool Institute of Performing Arts). Small groups of protestors roamed the streets handing out flyers for the main demo this evening, while others carried a coffin around. 40-50 protestors gathered at the Hope Street end of the LIPA building for an hour this afternoon, then proceeded round to the car park gate at the back. Numerous passing motorists honked their horns in support. Protestors scattered around the block in futile attempts to discover when & where Condoleeza Rice would be making her entrance.

Police were heavily present, plenty of mobile camera vans, but the protest mood was peaceful and cheerful, the police kept to themselves. Private security guards manned the gates of the LIPA carpark, using scanners on the bags of LIPA students and guests as they were admitted. A banner appeared from one the the LIPA building windows "Don't Fuck the Whore, Fuck the War".

Protestors then marched down into the city centre, noisily drumming up support for the demo later. 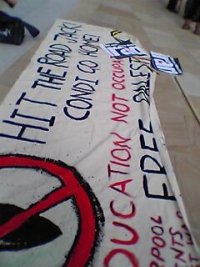 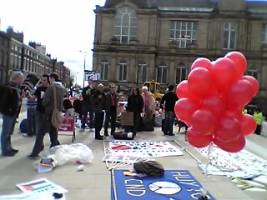 Protestors on Hope Street outside LIPA 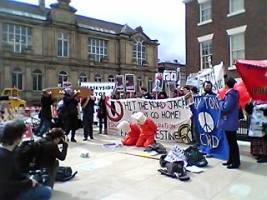 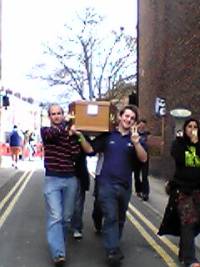 Coffin procession around streets near LIPA 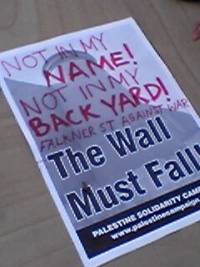 "Falkner St Against the War" 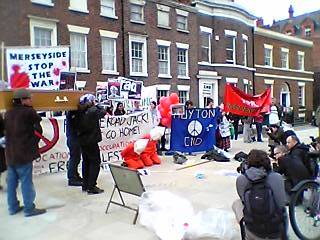 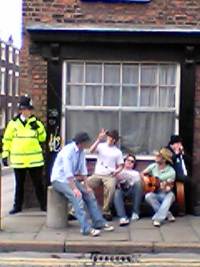 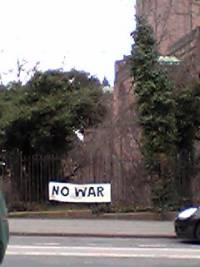 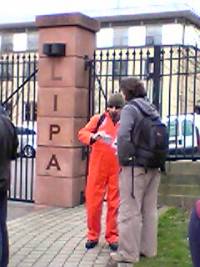 Protestor in Guantanmo orange at back gates of LIPA 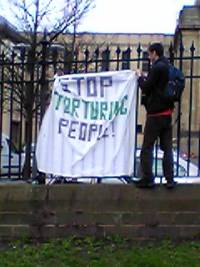 Hanging banner off the LIPA railings