Hospital Trusts on Merseyside are beginning to set out their plans for cuts in the National Health Service. The overwhelming majority of people rely on the NHS for healthcare, so the changes being made seem set to threaten the lives of many, and severely reduce the quality of life for many more. The only people to benefit will be shareholders in private companies. 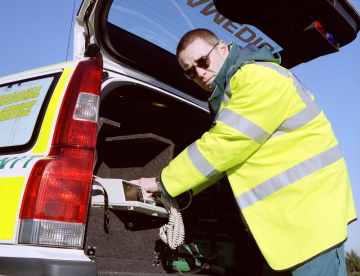 There have been a lot of stories about the NHS in the mainstream press recently. For instance, on 7th June the BBC reported on the government’s announcement that the service is over half a billion pounds in debt. Much of the debate has focussed on ‘mismanagement’ by bureaucrats. However, a growing number of health professionals and other commentators are blaming the government’s reliance on Private Finance Initiatives (PFIs) - where businesses design, build and own new services in return for an annual fee. By 2010, it has been estimated that PFIs will own £7 billion worth of the NHS.

An investigation by the GMB trade union in Kent found that PFI contractors were charging £423 to fit a light socket, £333 to modify a light socket, £25 to cut a door key and £136 to put up a shelf. Far from condemning this, the government declared that the hospital should serve as a model for the whole country. Taxpayers’ money is being funnelled into the pockets of the super rich, and the Labour Party is cheering from the touchline.

As if this wasn’t bad enough, Health Secretary Patricia Hewitt is demanding that Trusts pay back the money they owe out of next year’s budget. As anyone who’s ever been in debt knows, that means big cutbacks! And who will be there to pick up the pieces? Well, there’s always BUPA...

So local Trusts are beginning to tighten their belts. Wirral seems to be particularly badly affected, with cuts of £21.5 million being announced, along with an application for 'foundation' status. In Liverpool, the Women's Hospital will soon have a FTSE 100 company 'helping' to set the budget, and the Merseyside Regional Ambulance Service Trust is holding back on a new pay deal for ambulance staff. St Helens and Knowsley NHS Trust also wants to become a foundation trust. Southport and Ormskirk Hospitals NHS Trust have also announced 83 redundancies.

There’s nothing accidental about any of this. The government is quite content for businesses to act like bloodsucking leeches, since it depends on the support of business for its own survival, and they all have cushy jobs waiting for them when they leave office anyway.

The Keep Our NHS Public campaign organised a protest march in Manchester on Saturday, 24th June 2006.

It’s time to get together and fight back, before we all suffer even more! Keep checking Liverpool Indymedia and the Keep Our NHS Public website for more details.