Wirral Council officials care more about “people who think public spaces are just extensions of their own back yards” than the community as a whole, the organiser of the Oxton Festival has claimed, after the July event was cancelled. 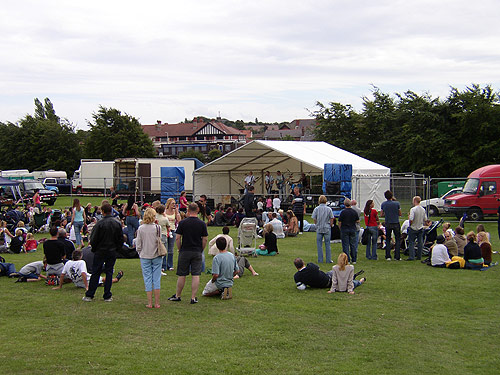 It is the second time the powers-that-be have attacked the annual festival. The event was also cancelled three years ago, when Tories and Liberal Democrats in Wirral's Cabinet blocked it. This time, the chairman of the Licensing Committee claimed that the application has been rejected due to mistakes on the form. This seems very unlikely however, as Carl Realey has successfully organised two festivals on the site since the licensing rules were changed in 2003. After both cancellations Realey has been offered Birkenhead Park - an area surrounded by poor people's houses - at ridiculously short notice.

Mr Realey says the annual gathering of bands at Storeton Road playing fields is loved by many younger residents, who will lose out because a relatively small number actively campaigned against the application:

“This is a proven, popular event attended by lots of young people from Oxton, and this decision is another example of a vocal minority dictating to everyone else.

“The Oxton festival has always been about a music event for my own community. Unfortunately that word doesn’t mean much to people who think public spaces are just extensions of their own back yards.”

Some wealthy residents of nearby houses had expressed concern about noise and parking levels. But if we compare the small amount of disturbance from the festival to that expected from the forthcoming British Open golf tournament in Hoylake, we see how nothing is too much trouble as long as there is money to be made.

The tournament - which will feature the world’s top golfers - is set to cause massive disruption when the world’s sports media descends on the south side of the Wirral peninsula in late July. But it is also expected to bring in between fifty and one hundred million pounds for Wirral’s rich. The Council has bent over backwards to accommodate it, embarking on a £70,000 upgrade of roadworks in preparation.

By contrast, the Oxton Festival is a free event, and musicians donate their skills so they can bring enjoyment to the ordinary people of Birkenhead. No profits to be made there.

A date in the clubhouse with Tiger Woods awaits the wealthy elite. An empty field awaits the rest of us.