More than fifty activists from around the country piled into the meeting room of Liverpool’s Casa this afternoon. They were commemorating the late trade union activist Des Warren, and launching a campaign for an inquiry into his arrest, trial and the ‘medication’ he received in prison – which led to Parkinson’s disease and his death in 2004. 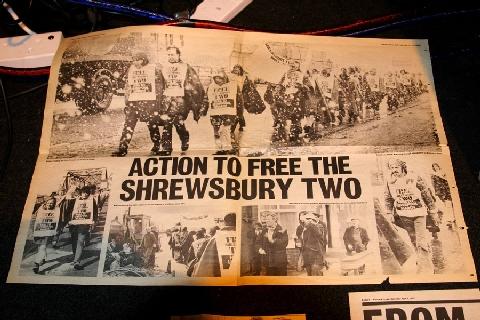 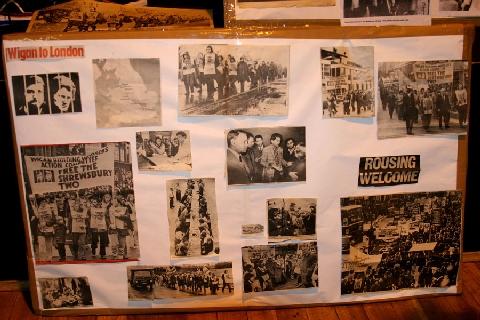 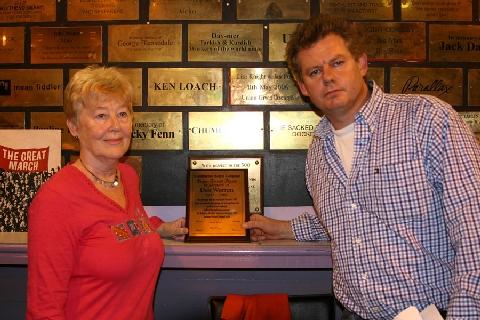 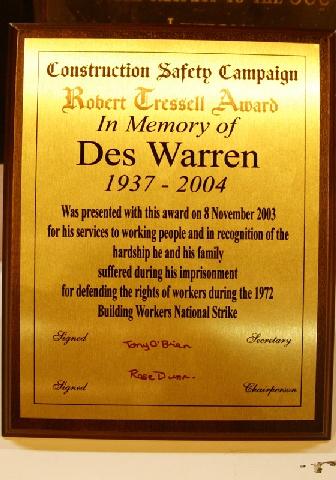 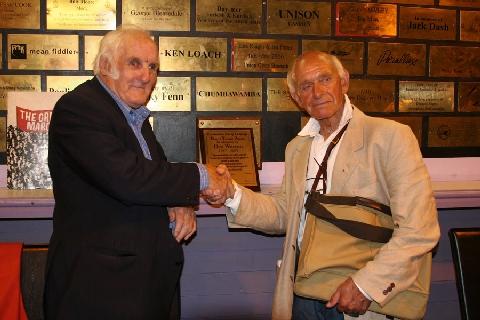 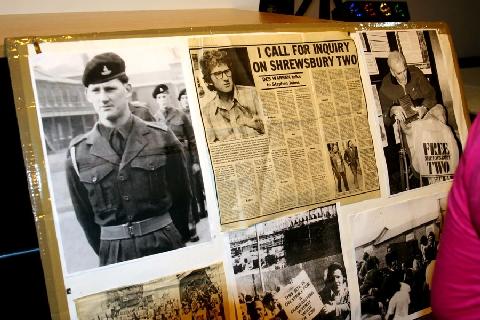 At the beginning of the 1970s, the poor safety record and low wages was creating anger amongst unionised workers in the construction industry. Non-unionised workers were subjected to a system known as ‘the lump’ – cash-only payment in a lump sum, without any security or employment rights. The Union of Construction, Allied Trades and Technicians (UCATT) proposed a ‘builder’s charter’ – guaranteeing a 35-hour week, a wage of £1 an hour, improved safety and pensions.

The building industry – lead by companies such as McAlpine’s and Laing’s – were terrified by this threat to their profits, as were Ted Heath’s Conservative government. Against the background of the Vietnam War and emerging protest movements, the ruling class was worried alternatives to capitalism gaining popularity. In fact Lord McAlpine was treasurer of the Tories, so he was doubly worried!

The unionised workers began to use ‘flying pickets’ as a tactic to win the lump workers around to their cause. Among the leaders were Des Warren (who worked in Ellesmere Port for a time) and Eric (‘Ricky’) Tomlinson (who is now better known for his roles in Brookside and The Royle Family).

On September 6 1972, coachloads of UCATT and Transport and General Workers Union members from North Wales and Chester went to the market town of Shrewsbury to assist trade union members there, by picketing the sites. At one place they were greeted by the son of one boss brandishing a shotgun, at another site a building company director challenged Des Warren to a fight, but by the end of the day when the men set off for home they felt it hadn't been a bad day's union work, and there had been no trouble with the police.

Six months later – with the conflict between strikers and government intensifying – the authorities took “vicious retribution and recrimination”, in the words of one of today’s speakers. Warren and Tomlinson were arrested in connection with the Shrewsbury events (along with twenty-two others), and charged with unlawful assembly, affray and conspiracy to intimidate. After a bizarre and blatantly unfair trial, they were found guilty of the conspiracy charge by the capitalist state and a middle class jury.

Warren received three years in prison, and Tomlinson got two years. They became known as the ‘Shrewsbury Two’, and a campaign was launched to set them free. But if the trial had been a deliberate conspiracy of the Employers' Federation, government and state, then the campaign saw a conspiracy by leaders of the Labour Party, the TUC and UCATT to limit the threat to the profit system. Workers were told to vote for a Labour government, but when they got one Harold Wilson and James Callaghan refused to cut short Warren’s sentence or launch an inquiry. Callaghan’s government began the attack on workers’ rights that was accelerated by Thatcher and is still supported by Blair, Brown, and almost every politician you are likely to see on the news.

Along with speeches from Mick Abbott (an ex building worker, shop steward and friend of Des) and Dave Ayres (who helps run Des’ trust fund), a video was screened. In it, Des described how he was treated in prison. When he demanded a single cell, went on hunger strike and refused to wear prison clothes, a doctor prescribed some ‘medication’, which Des was eventually persuaded to take for three weeks. He recalled how “within ten minutes I was asleep…it was hazy the first couple of days…my hand used to come to a halt and my words went smaller and smaller”.

On release from prison, Des was diagnosed with Parkinson’s disease, and in April 2004 he died. His long decline was caused by the drugs he was given in prison whilst serving a sentence handed down for crimes he never committed. Ultimately, he died fighting for all of us who are alive today.

At the end of the meeting, a motion was passed in favour of setting up a committee to press for an inquiry into the Des Warren case, before his son Andy and sister Kath unveiled a plaque. It was the thirtieth anniversary of Des’ release from prison, and the working class should never forget him.

In Liverpool today, the preparations for the Capital of Culture mean there are construction workers everywhere, but conditions in the industry have not improved since the defeat in the 1970s. The time has come for a new generation of Des Warrens to learn from the mistakes of the past and to organise for a free and fair future.