A compromise between the Fire Authority and Merseyside FBU seemed very likely tonight, as both sides talked up the chances of a deal. 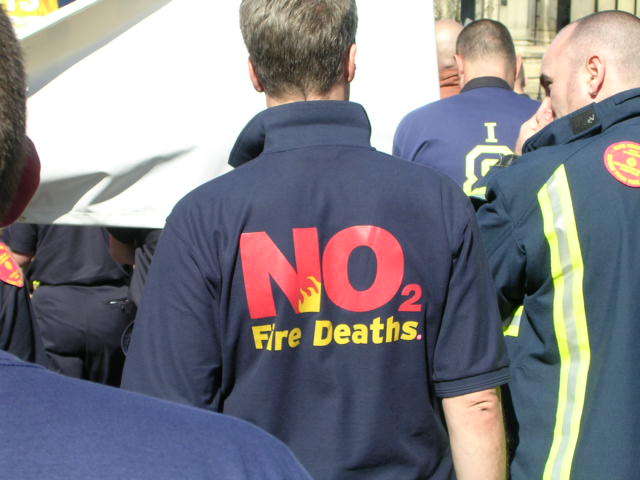 Two months ago, Merseyside firefighters overwhelmingly voted to strike against the £3.5 million cuts proposed by the Fire and Rescue Authority and demanded by the government.

Today marked the start of Merseyside FBU's third eight day strike. Unlike in previous disputes, there is no military cover, since the Territorial Army are stationed in Afghanistan, Iraq and Kazakhstan. The dates for a prospective fourth round of stoppages were announced today, but it now seems as though this is merely a formality.

Chairman of the FBU Mark Dunne is so pleased with how the talks are going that he told the Echo of his frustration that there will be no more talks until Saturday:

"If we're close to a deal, why is the fireservice letting five days go by until we next speak? If a compromise can be reached, why string things out? There's been 50% movement, so we're keen to talk as soon as possible."

A system of retained second pumps - with firefighters attending emergency incidents from their homes - has now been agreed at some of the four stations chosen for downgrading. And it is believed an agreement has been reached for shifts of seven members of staff to work at the central call centre.

From a working class perspective, the talks can only be "positive and constructive" if they are leading to the Fire Authority removing their threat of cuts to essential services. Anything else would be negative and destructive.

All trade unionists and anti-capitalists on Merseyside have to step up to the plate and start putting all their theories into practice, or the strikers will eventually be starved back to work. We must recognise that it is the profit system that has demanded these cuts, and the profit system that has taken the Territorial Army off to fight for control of oil, leaving Merseysiders with little cover during the strike. The big Manchester protest at the Labour Party conference is coming up in four days. We must use that media spotlight to make the link between wars abroad and cuts at home.