Save the NHS! Organise for Resistance!

About 200 people marched from the Royal Liverpool Hospital in Prescot Street to the William Brown Street fountain on Thursday 22nd February, showing their anger at government plans for the National Health Service. 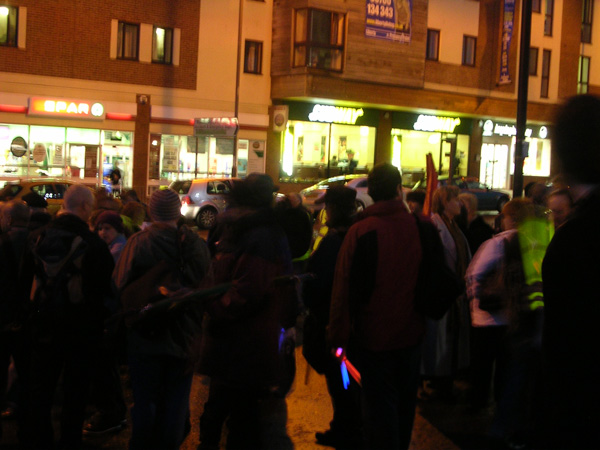 Protesters gather outside the Royal 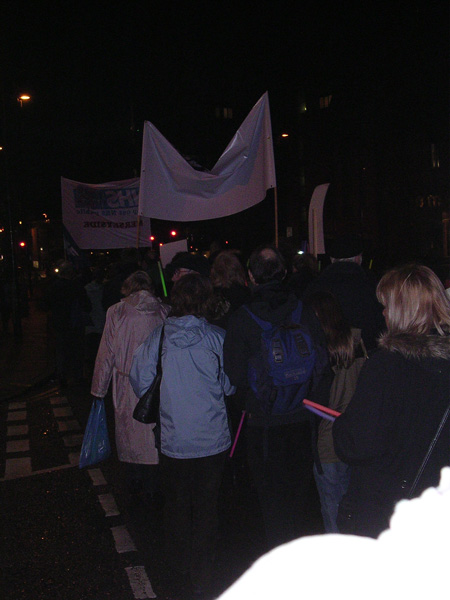 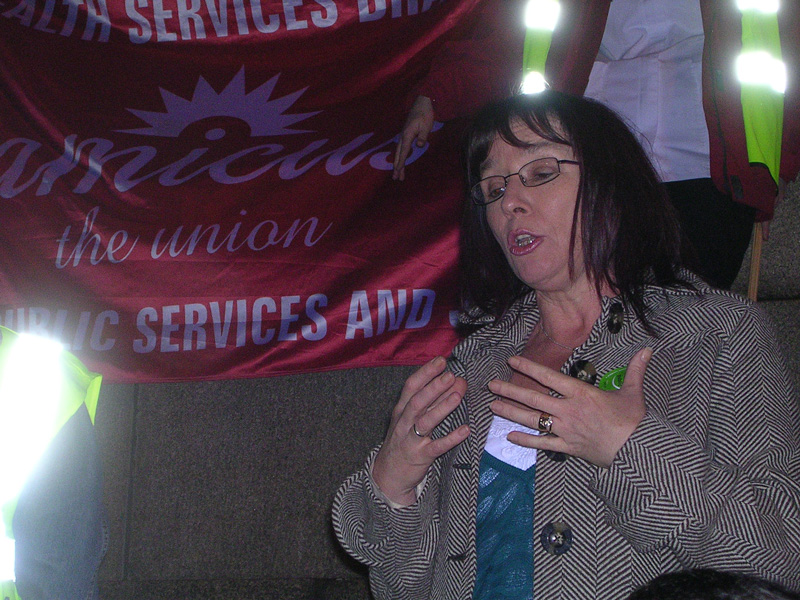 UNISON to Govt: "Enough is enough, start talking to the NHS workers" 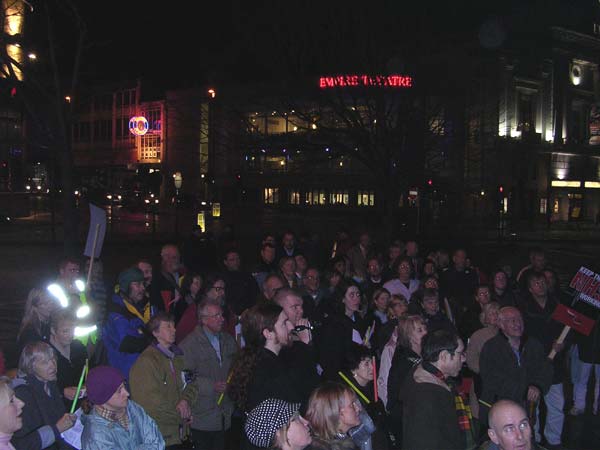 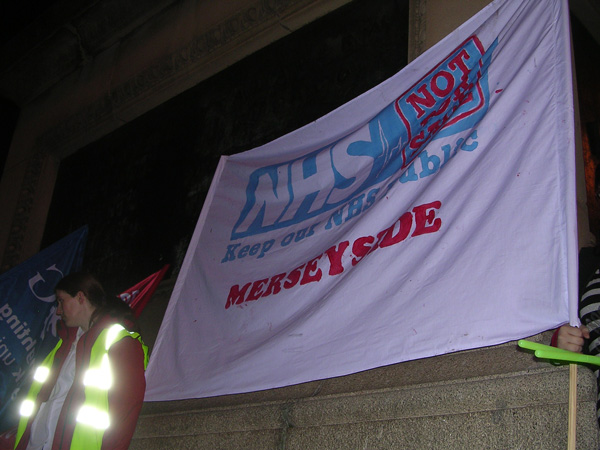 Keep Our NHS Public...and extend it, but get rid of mental 'health' prisons

Private Finance Intiatives (PFIs) and the farming-out of NHS contracts to private companies are causing big debts within local trusts. Last year, the NHS was half a billion pounds in debt to the government, who want to spend tens of billions on a replacement for the Trident nuclear missile system. Meanwhile, Health Secretary Patricia Hewitt insists that that Trusts stay on budget by making vicious cuts!

This would be bad enough, but the government also wants to slash NHS funding by more than £2 billion per year! A leaked report recently showed that the Department of Health wants to sack 2.7% of NHS staff! They know workers won’t like this, so the memo even proposes strategies for getting the unions on board, and helping union bureaucrats to sell redundancies and pay cuts to their members!

All this and more was on the minds of us glowstick-carrying marchers, and our chants of “you say warfare, we say healthcare” and “save the NHS” drew support from drivers and passers-by. The march proved we don’t need police protection to run things, because they had apparently refused to provide any, because it “wasn’t safe for them to work at nights”!

Once we got to the fountain, it was time for a few speeches. Derek Jones, a Transport and General Workers Union rep from Arrowe Park in Upton, argued the government wants “the privatisation of our health service”, which is used by “our mums, dads, grannies, granddads and children”. He told us that Arrowe Park lost 140 beds in the last year, mainly those set-aside for the elderly. Questioning the logic of the government’s policy, he claimed that Blair and Brown’s free market agenda was a recipe for “instability” in a “national institution like the NHS”.

The speaker from UNISON, the union for state employees, told protesters that managers were considering outsourcing some admin work at the Royal to India! “Right across the country”, she declared, “there’s changes happening in hospitals, that’s being done slowly and quietly towards the private sector”. Her strategy for stopping this process was that union members “…have to say to the Labour government ‘Enough is enough, start talking to the NHS workers’”.

Danny McGowan of the Amicus union claimed that “There is a cold wind blowing through the NHS”, and that workers are worried about losing their jobs. This is because extra money is going on “consultants fees, PFI…all these wasteful things”. He proposed that people “write letters”, use “whatever influence we can” and “push things forward”. Like Derek Jones, he asked “Is the government going mad?”

The answer to that question is a most definite no! They are very coldly and logically acting in their own best interests. The problem is that the interests of the rich are completely opposed to those of working class people.

The capitalist system relies on governments competing with each other to open up new markets for the rich to plunder. That is happening in Iraq, Iran, and your local hospital. Telling a government it’s hurting you is like shouting the same thing at a rapist. In both cases, the attackers know what exactly what they are doing.

So what can we do about the dismantling of the NHS? Like any problem – from poverty pay to war to environmental destruction – working class people need to organise in their communities and workplaces to attack the profit system and promote money-free alternatives.

Anarchists at the protest handed-out a bulletin on the crisis, which proposed various ways of fighting back against the government’s greedy plans. Strikes are great, but when they take place in healthcare, they actually harm working class people and harm solidarity. An interesting alternative is the occupation of hospitals by workers, who ‘take control over whether equipment and patients are moved’. After all, ‘a hospital can only be closed if it has no patients in it’. This has happened before, as far back as 1922, when Radcliffe hospital in Nottingham was run by its workers. It also happened a lot from the late seventies to the early nineties, when the last government was attacking healthcare. The general public supported these actions, because they knew they would be the ones to lose out if the workers were defeated.

A good old demo is fine, but it must demonstrate support for working class action, not be a comforting substitute for something that could actually change the world for the better.

To see more photos from the day, visit http://s87.photobucket.com/albums/k155/xBlessedheartx/?start=0