G 8: activist lost his eye due to police water cannon

On the blockade at the western gate police used nine high-pressure water cannons against protesters. Before they started to attack the protesters, police said to journalists they should leave the place. The brutal attack led to many injured protesters, at least two heavily injured: one lost his eye, another one lost his consciousness. red cross helpers were not allowed to got to the wounded - police declared the wounded should go to the red cross helpers themselves. 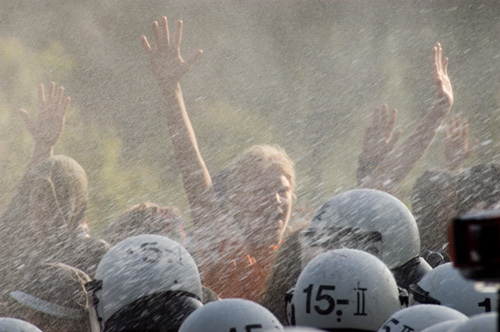 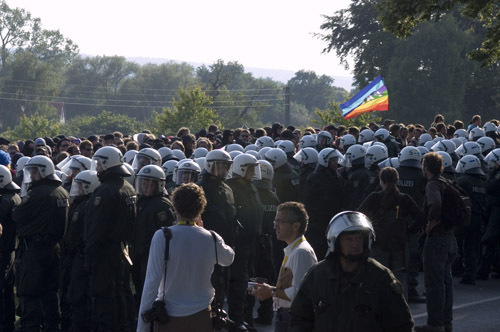 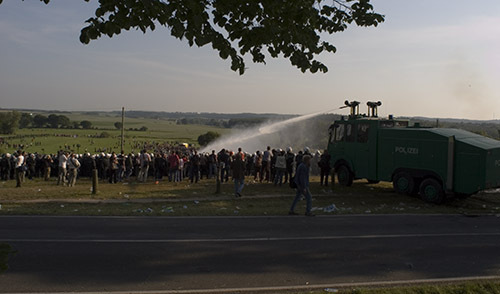 "one lost his eye" ... the person was treated in hospital yesterday, it is not clear at all yet how he is . so please dont spread rumors.