You are Cordially Invited to Next To Nowhere!

At 7pm on Saturday 15th September, the door will be unlocked at Next To Nowhere in Bold Street, and Liverpool's new social centre will be 'officially' opened, although there probably won't be any mayors or fancy ribbons. What there will be is a week-long programme of events to celebrate the space, starting with a party and ending with a film night. It's been nearly two years in the planning, but Next To Nowhere is finally ready! 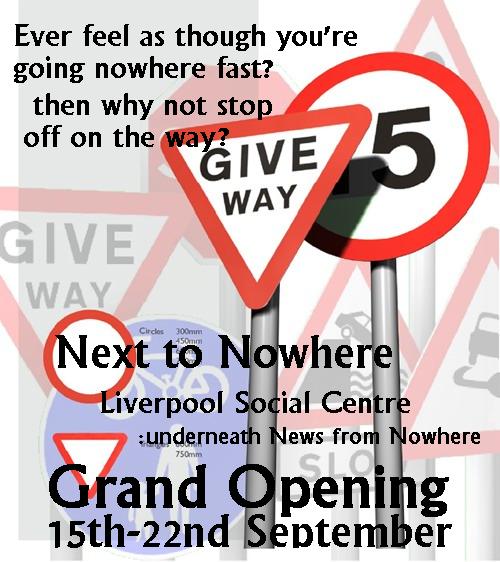 Come celebrate in grand style with a night of live music and great DJs. Donation on the door with all proceeds going to the running costs of the centre.

Tuesday 18th September - 7.30pm - 10pm
Conspiracy Evening
From 9-11 and JFK to the Masons and the New World Order - why are there so many conspiracy theories and what should we do with them?

Wednesday 19th September - 7.30pm - 9pm
Indymedia Info Night
The Liverpool Indymedia team present films and discussion introducing Indymedia and letting you know how to get the best out of the site.

Thursday 20th September - 7.30pm - 10pm
Introduction to Anarchism
Merseyside Anarchist Group presents speakers and discussion on the politics and history of anarchism. With speakers from the Anarchist Federation.

Sunday 23rd September - 7pm - 11pm
Free Screen - Film Night
The first of our regular film nights.
Showing Osama - an Afghan film about life under the Taliban and Walkout - a drama based on anti-racist school struggles in 60s LA. 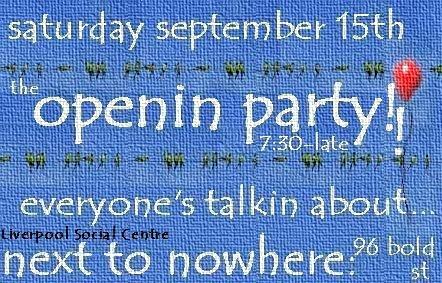 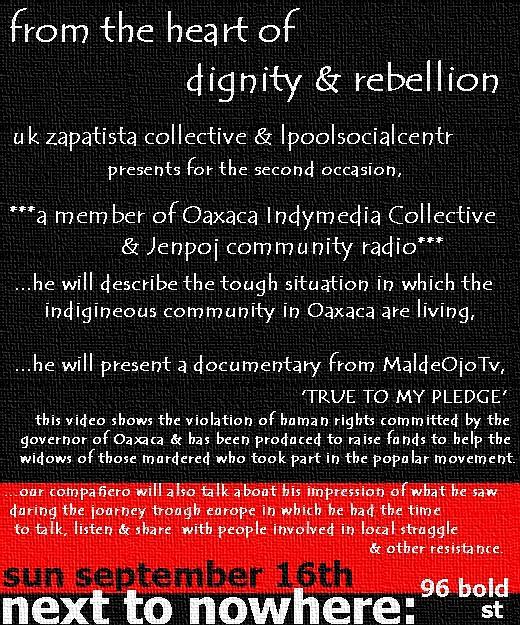