On a visit to Sefton Park looking for a location (amongst others being considered) for Merseyside CND's 2008 Peace and Ecology Festival tree felling was very obvious, logs still left around and saw dust. 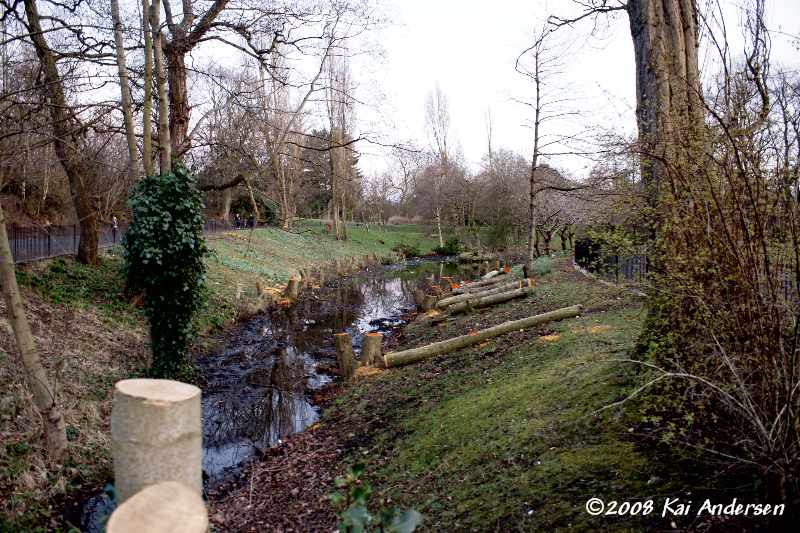 Logged trees line bank of one of the lakes 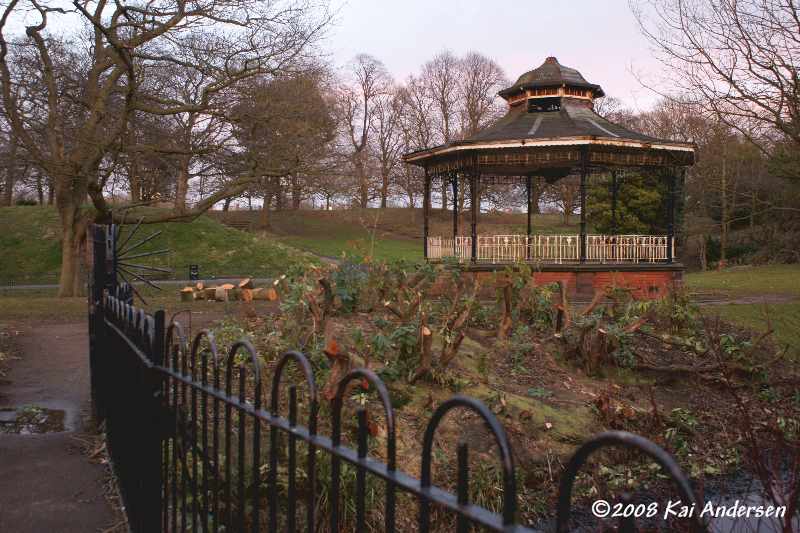 Trees cut next to band stand on a lake island 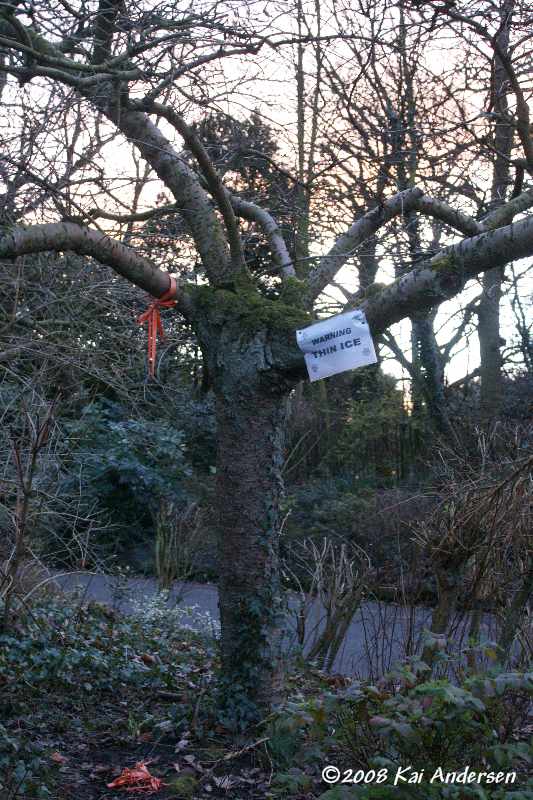 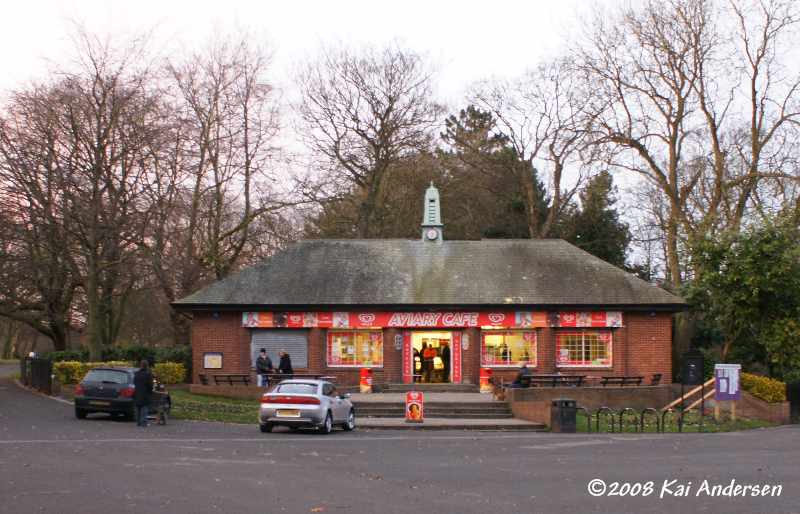 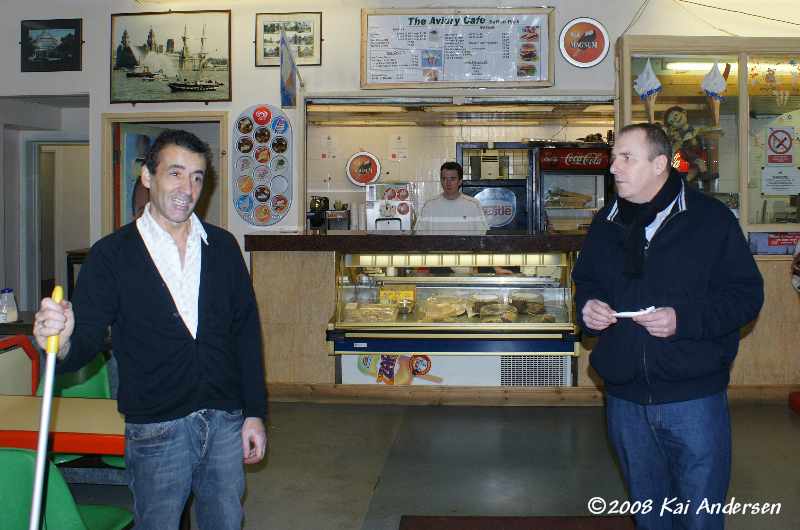 Aviary cafe owner on the left 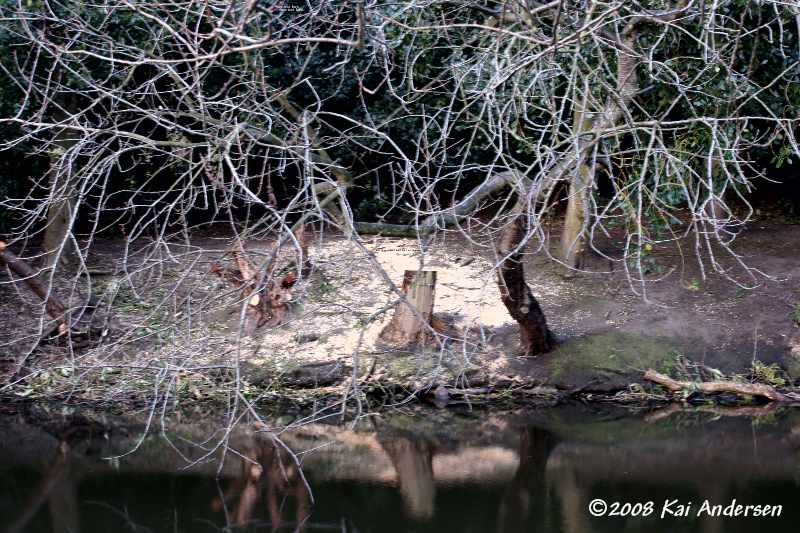 Lots of sawdust left behind

There are numerous issues that were raised in informal chats with various people in Sefton Park. One person mentioned culling of squirrels, rats (ie water rats) and terrapins. We noticed a whole field fenced off told and told that the silt from the park lakes are being burried in the field. Were told the aviary cafe was due to be demolished.

However we visited the aviary cafe, it is not to be demolished, but refurbished when the cafe owner (see left in photo 6) gets terms from the city council that are agreeable, they appeared not to be agreeable to him. In regard to the trees he said when 200 people attended the meetings the council backed off. However when concern calmed, numbers dwindled they came back and cut them in January, the felling can quite clearly be seen from the photos taken. Furthermore to the left of the cafe (photo 5) a unique tree, according to the cafe owner, is due to be felled to make way for a park ranger's office.

The tree felling is first mentioned on the following Indymedia link.