Timeline of events in the next few weeks as part of the international autonomous days of action on decentralised places...get involved. Reclaim your city.... 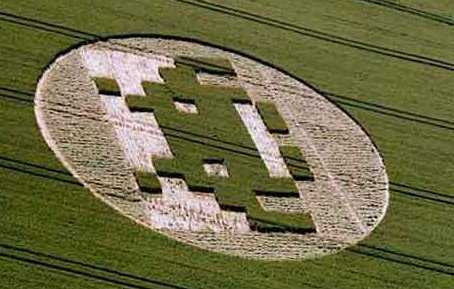 MANCHESTER SPACE INVADERS LINE UP
Manchester Space Invaders are a collective of autonomous groups and
individuals working together to reclaim our city…we are mobilizing
to fight gentrification, ‘regeneration’ and all the borders
that exist within the city. We call for all groups, individuals, networks
and families to get involved and to join in our glorious celebration of
autonomous spaces…

FRIDAY 11TH
SPACE INVADERS BAND NITE
The weekend will kick off from 5pm on Friday..come to the squat for food,
music and help create the space…bring yer mates, art materials and
enjoy the sounds of
GNOD, CASH FOR YOUR STORIES, THE AUTONOMADS, SONIC BOOMSIX..and more!
Location TBC…call for more info

SATURDAY 12TH
I BIKE MCR BIKE ART PARADE
Dress yourself and your bike up for a bike art parade..Any theme for
fancy dress for you and your bike is welcome..why not make it cosmic for
some fun with the Space Invaders!?
Meet All Saints Park on Saturday 12th April at 2pm for a nice picnic in
the park and to admire each others fancily decorated steeds and
riders(bring some nice picnic food and drink)..also if you don’t get
chance to bling your bike before you come, there will be opportunity and
materials to do it there… then we shall ride around the city showing
off how greatour blinged-up bikes look…..ending up at the Manchester
Autonomous Spaces Squat where there will be food and entertainment and all
sorts of exciting activity!!!

PARK FUN DAY…SAT 12TH
Cathedral Gardens, outside Urbis from 1pm to 6pm..
Bring your family and friends, picnics and crafts!
Folk bands, a soundsystem, magic tricks, street theatre and art session!
Transister madness with our mobile sound system…bring your portable radio!
Get creative and get involved before reclaiming the city with No
Borders…

http://www.april-12.blogspot.com/ for updates.
Across the country cities are being sold to the highest bidders. The
drive for ‘regeneration’ is demolishing homes, marginalising
communities, privatising public space and closing down vital community
services. There has seldom been a time when fighting for autonomous
spaces in Manchester has been more important.
The struggle for self-organisation and social autonomy brings migrants
and squatters into inevitable confrontation with the existing social and
political system. Self-organisation does not mean living outside of
society. We want to live in it but according to our own rules. We want to
emancipate ourselves from the capitalist processes that govern our city
and our lives, withoutturning our backs to society.