May Day On Merseyside

This week, people on Merseyside and around the world celebrated International Workers' Day - or May Day - an event that has been held every year since 1890. It was originally established as a strike day, commemorating the 'Haymarket martyrs', who were framed and then killed by the state of Illinois for their part in the struggle for the eight hour working day. 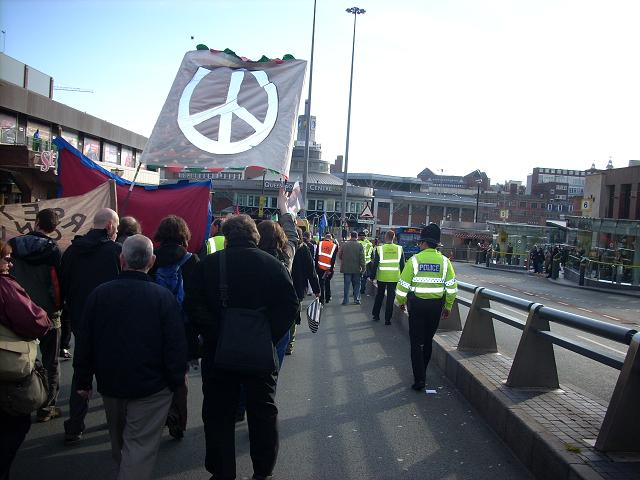 On Thursday, 1st May, there was a march and rally organised by Merseyside TUC, where Communication Workers Union general secretary Billy Hayes and others addressed marchers.

This was followed by a party at the Next To Nowhere social centre on Bold Street, organised by the Liverpool Social Forum, including music, food, and the unveiling of a special May Day exhibition.

For Saturday, 3rd May, the LSF also planned a mass stall on Church Street. It was anticipated that many different political groups would band together and show their solidarity against growing police repression of activists.