This month's critical mass was bigger than ever. The ride ended at Next To Nowhere (social centre) where the riders got free refreshments and saw a film. 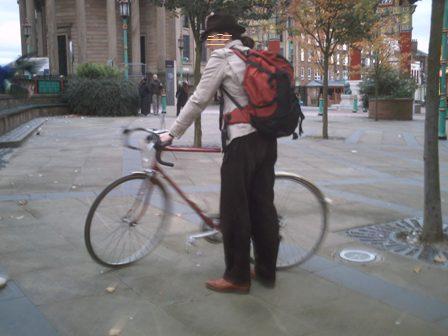 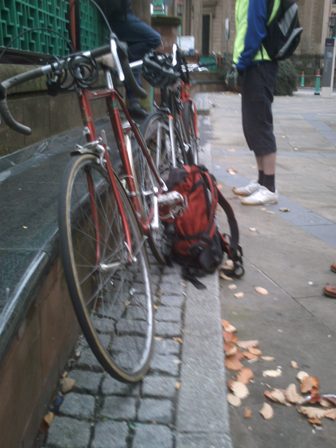 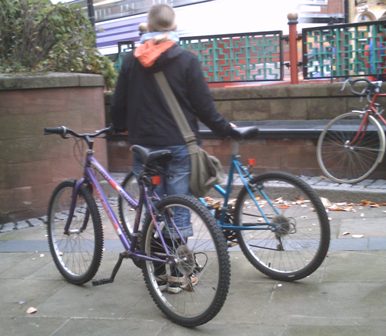 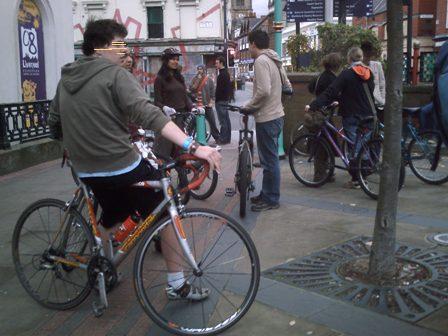 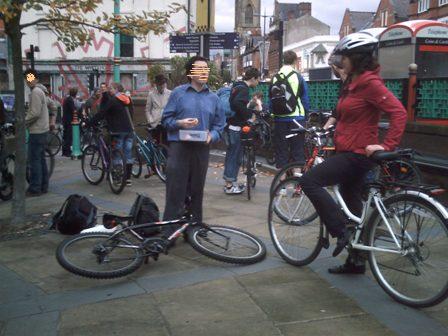 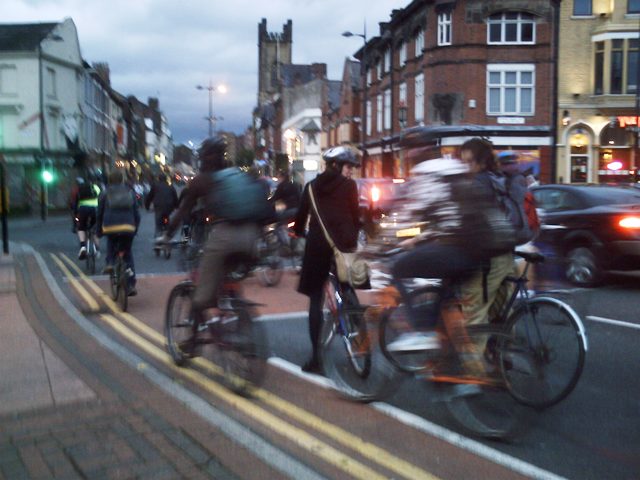 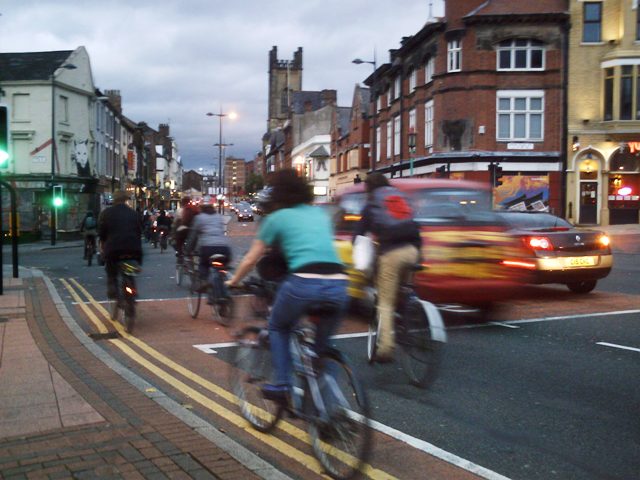 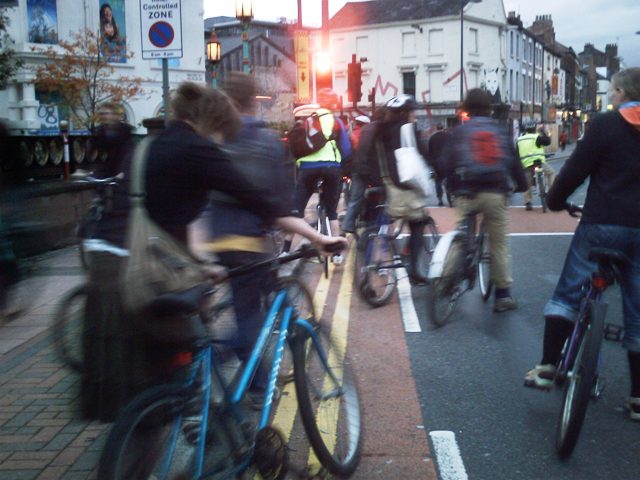 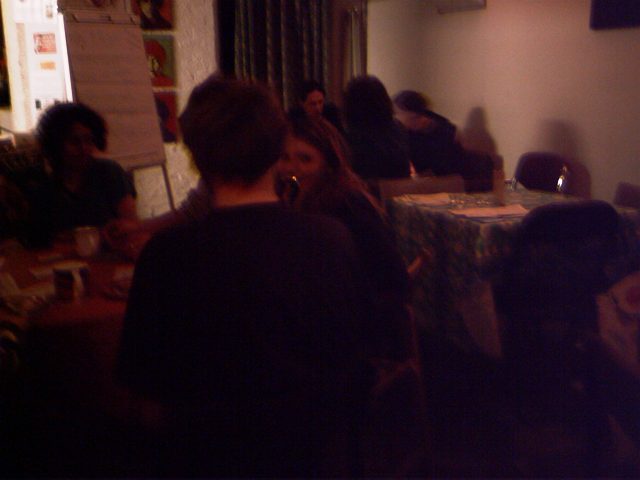 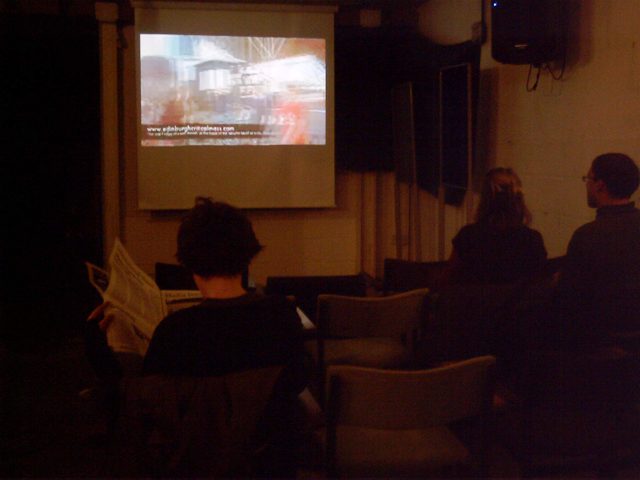 Dozens of cyclists of all ages and backgrounds, from students to social workers, turned out. They included a visitor who has recently come from New Zealand and took part in critical mass rides there.

After doing a tour around the city centre they stopped at the social centre, where they were given free soup and cakes, and watched a film showing the history of how the Critical Mass rides started in San Francisco in 1993. The rides in that city grew to thousands-strong, and worked beautifully through collective organisation, without committees or leaders. They had the effect of causing more people to commute by bicycle instead of car, and to use the bicycle as their normal transport. This was disrupted when the San Francisco police decided the cyclists needed to be "organised" and made to follow officially designated routes. Ultimately, however, the cyclists decided they didn't want or need to be organised.

Liverpool Critical Mass has not so far had any police interference, and is successfully enabling cyclists to use the roads safely, and assert their right to be recognised as road users. But as one cyclist said, "If the police wanted to organise us - how? There are no leaders and no-one's in charge. There's just a bunch of cyclists who happen coincidentally to turn up at the Chinese arch on the second Friday of the month, and go for a ride together."

A bunch of cyclists may, coincidentally, be at the Chinese arch on Nelson Street at 6pm on 12th November and 15th December. They would welcome any-one who wants to turn up and ride along with them.