When Wirral Council finally voted to go ahead with the Cabinet's proposed slashing of local services on 9th February, it caused anguish to the hundreds of people who have been campaigning for the last few months. Council employees are now set to lose their jobs at the worst possible time, as a global recession bites. Service users have lost access to libraries, leisure centres, and cultural venues. This terrible attack on ordinary people has shown the limitations of protests, letter-writing campaigns, and pinning hopes on politicians. The need for a new strategy has been highlighted. 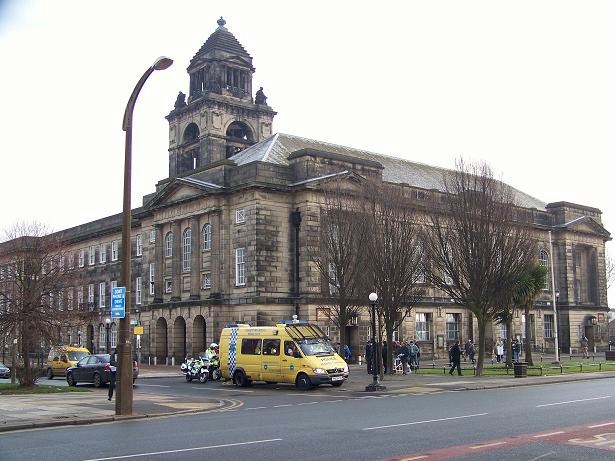 Anger has been rising since last November, when Council leader Steve Foulkes and Chief Executive Steve Maddox published a 'Strategic Asset Review', which recommended a mass closure of facilities and investment in "better but fewer" buildings, with the overall aim of saving £3.1 million from the Council budget. The plans have been changed since then, but eleven Wirral libraries still face the axe, along with many other venues. Several set-piece protests and marches have been organised, with the stated aim of putting pressure on the ruling Labour/Lib Dem coalition, but the Council has voted to press on with its closures.

Throughout this dispute, local Conservatives have positioned themselves as opponents of the cuts. They have voted against them, attended protests, and organised internet campaigns. However, trusting Tories to protect public services is like trusting vampires to run a blood bank, because Conservatives have long believed in the sell-off and closure of services which do not make a profit. Many of the local Tories reached political maturity at a time when Margaret Thatcher was doing just that, setting the policy agenda which Major, Blair and Brown have followed. Nationally, David Cameron has pledged to "shrink" public services if he wins power, and we can assume that the Wirral party would do the same if they got overall control of the Council in 2010.

Trade unions aren't any help either. Their 'ten point plan' amounts to a plea for more protests and consultations. They are also considering standing candidates in the local elections next year. This is far too little, much too late.

As the profit system coughs and splutters and throws millions of workers on the scrapheap, some are starting to fight back. There have been big one day strikes here and there, but these rarely achieve anything other than letting off steam, and it might be a poor strategy here when Wirral Council wants buildings closed permanently. However, there have been worker occupations of workplaces in countries such as the USA, Turkey and Germany, and also at the Waterford Crystal plant in Ireland.

When workers occupy their workplace, they take it over in their own interests and often the interests of the community as well. If they get enough support, they can even be 'recovered' - taken over permanently by their workers. Thousands of people on Facebook groups, hundreds at protests and 'consultations' and many, many letters written to local media demonstrates that Wirral council workers would have huge support if they took over the running of their workplaces.

Almost everyone on Wirral seems to want excellent public services for all. If we let a few politicians and bureaucrats decide we can't have them, what does 'democracy' really mean? We must support Wirral council workers in their struggle for their jobs and our services!