Fresh from their Manchester Airport incursion, Northern Climate Rush is back, and we are paying a visit to the UK's largest coal company! We will be travelling by minibus to the headquarters of UK Coal in Doncaster. Meet in front of the Manchester University Student Union building at 1pm on Thursday Feb 26. Dress in Edwardian fashion (if you so desire) and bring food to share, banners, and musical instruments 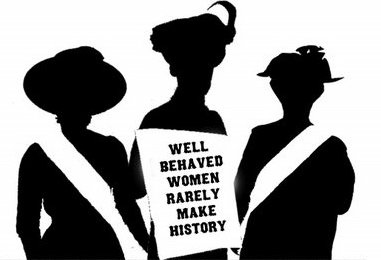 WHAT IS NORTHERN CLIMATE RUSH?

It's a group of intrepid activists who, taking inspiration from the suffragettes, use civil disobedience to bring about a transition to a low-carbon economy. We believe that, given government's total failure to take meaningful action on climate change, a campaign of civil disobedience is necessary, and in fact it is the only responsible way forward, given that the fate of all future generations rests on the decisions that are made now and in the next couple of years.

Our sister group of Climate Rushers in the South will be paying a visit to a coal industry awards ceremony in London on the same day.

Coal companies such as UK Coal are actively standing in the way of the necessary transition to a low-carbon economy based on renewables. They invest in new coal mines, and by lobby government against the changes needed for a transition to alternatives.

HOW CAN WE LIVE WITHOUT COAL?

Various recent scientific reports* have shown how the UK could transition from fossil fuels, to a low-carbon economy. We would have to switch to renewable power sources (mainly wind and wave) and reduce our energy consumption by flying much less, by reducing the use of private cars by creating a vastly improved public transport system, by ensuring that within the next few years all UK homes and buildings are properly insulated, and by requiring all appliances to have the highest standard of energy efficiency.

During the miners' strikes of the 70's and 80's most coal mines in the UK were deep pit mines, which required hundreds of miners to work them. But now most of the coal that can be deep-mined has already been dug up, and new UK coal mines are open-cast - huge diggers are used to rip the top off a hill, and then coal is sifted from the rubble. It is tremendously destructive to local ecologies, and also employs far fewer workers.

By contrast the creation of new wind and wave-power infrastructure, a program of building insulation installation, and laying on more trains, trams and buses, would all create new, sustainable jobs. We are calling for government to provide training programs so that workers from fossil fuel industries which need to be phased out can move directly into positions in the new, sustainable industries.

It's now or never time for the climate, join us!


* See for example:
- Nicolas Stern, "Stern Review of the Economics of Climate Change",