Merseyside Job Centre queues grew by the largest amount in eighteen years last month, bringing back memories of traumatic times before the 'regeneration' gold rush and the credit boom. 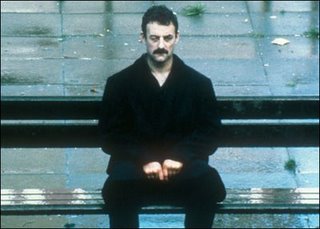 The number of Jobseekers' Allowance claimants in the region - which officially includes Liverpool, Wirral, Sefton, Knowsley, Halton and St Helens - increased by 7,532 in February, taking the total to 52,524. This represents a month on month rise of 7.14%, the most severe since 1991.

This would be bad enough in isolation, but it is merely the most dramatic of several recent increases. Since July last year, the Merseyside JSA claimant count has risen by a massive 47%. It is important to note this does not include people who left the area once their job ended.

Most job losses seem to have come in the retail sector, with the biggest single cut coming when the Littlewoods Shop Direct call centre in Crosby was closed, making 1,150 people redundant. Many shop workers have also been shown the door, including some at outlets in the brand new Liverpool One complex.

There are also fears about jobs in the local industrial sector. This week it has been announced that three hundred jobs will go at the Tulip meat processing plant in Bromborough, but there are major concerns about jobs in the car making industry, which is in global crisis. Workers at the Vauxhall plant at Ellesmere Port have already had a four day week pushed on them by union leaders, but still face the possibility of redundancy. Similarly, Jaguar workers at Halewood may well face similar pressures. Because union leaders accept the 'logic' of the capitalist system, and unions are organised on a national basis, bureaucrats are encouraging workers to sacrifice their own interests on the altar of profit, and compete with their class brothers and sisters in other countries.

As I predicted in my January article 'Liverpool 2009: Capital of Crisis?', the region will experience huge job losses this year, and these statistics are merely a taster. The growth in Liverpool's economy was largely based on tourism, consumerism, and government jobs. Tourist numbers are now tumbling from their Capital of Culture highs. Consumerism is no longer fuelled by easy credit and high employment. Government jobs are threatened by spending cuts that will become necessary in the years ahead. The few remaining manufacturing jobs are threatened by falling orders. Effective wage cuts are also being handed out, with the average 'rise' currently 0.5% below inflation, and many workers facing freezes, cuts and lost hours.

All of this highlights the insanity and chaos of capitalism. Working class people do not suddenly need less transport, food, books or anything else. However, they can no longer afford as much as they previously could, precisely because of attacks from the system. Capitalism has become a chain, holding back the development of humanity. That chain must be broken.