John Moores Vice Chancellor Michael Brown fled a group of 150 angry students and their supporters in his BMW (complete with JMU 1 numberplate) this afternoon. In doing so, he postponed a showdown over his plans to cut thirty-four courses from September. 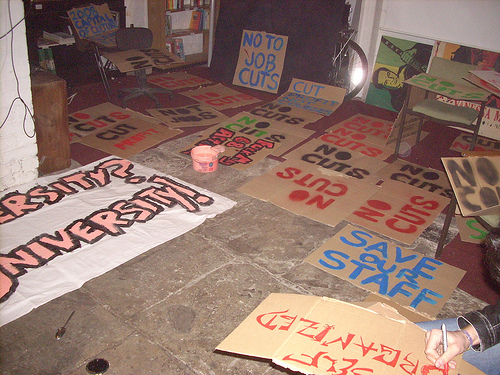 Making placards in Next To Nowhere social centre 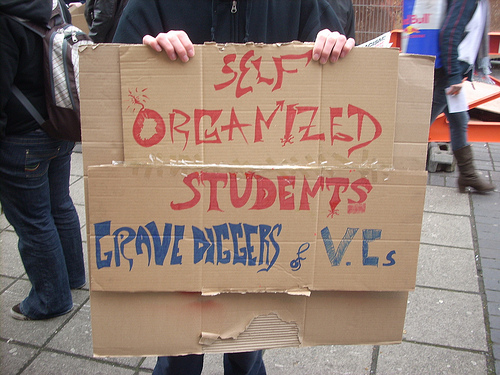 Whose university? The students and teachers'? Or the hatchet man's? 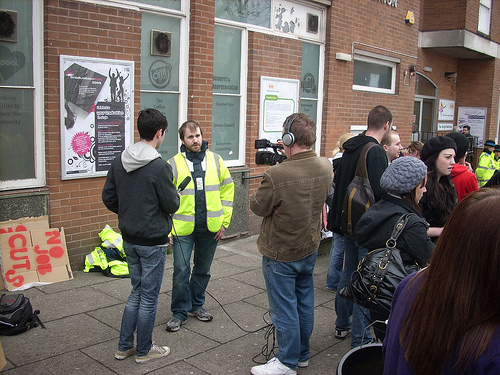 There was a high mainstream media presence 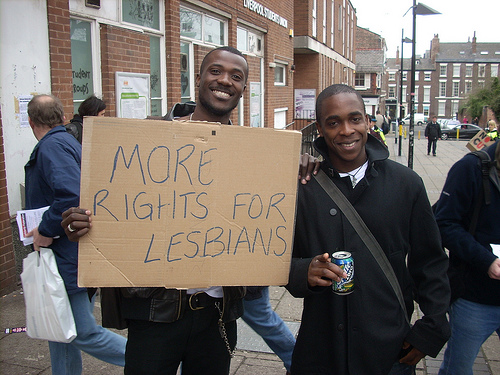 ...and the prize for most outstanding placard goes to... 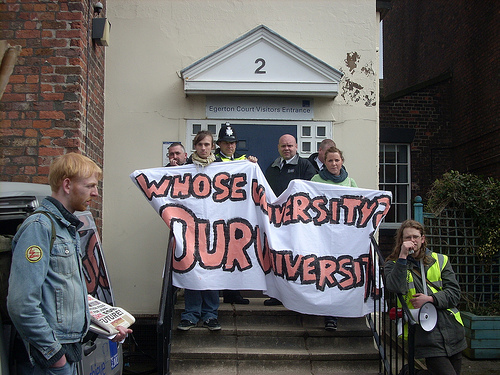 Students at Brown's office, but they just missed him! 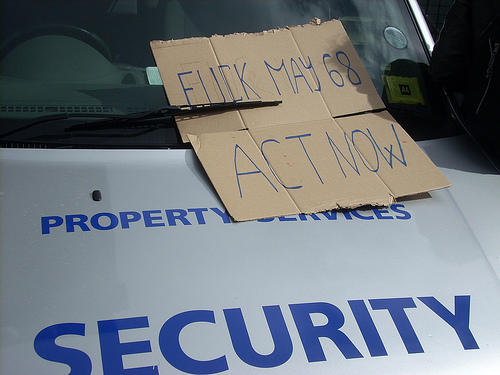 This one speaks for itself! 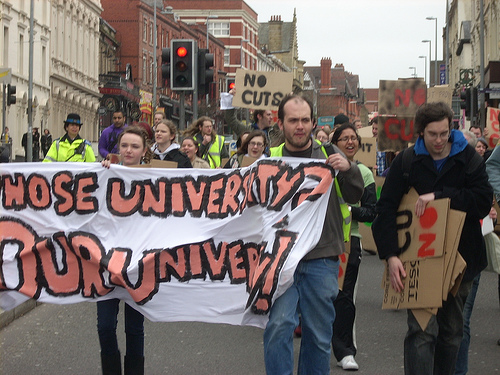 Following betrayal by the NUS rep, students only found out about the cuts when they were announced in the Daily Post on 13th March, and today was their first public response.

Acting independently of 'their' union, which stands exposed as a tool of JMU bosses, students marched from the student union building on Maryland Street, to the V.C.'s office in Rodney Street. There they were met with dust swept up by Brown's car, a two man security team, and a police officer. The security guards initially refused protesters entry to the forecourt, but relented and allowed them as far as the front door. The group heard speeches and chanted for about twenty minutes, before moving on to the Dean Walters building on Upper Duke Street, where many of the subjects facing the axe are currently located. Chants of "they say cut back, we say fight back", "whose education? our education!", and "students and workers, unite and fight" drew many people to the windows!

At present, the student group is demanding:

Students within the group are aware of the fact that the government is giving bankers hundreds of billions, whilst preparing public sector cutbacks, of which the Wirral library cuts are just a bitter foretaste. They are therefore keen to make links with workers in other sectors, as well as students at the University of Liverpool (which also faces cuts), and are discussing more militant types of action. If many of the students get their way, Michael Brown will have to confront the reality of their resistance sooner rather than later. He can run, but he can't hide.