Up to a quarter of a million civil and public servants from across the UK are taking part in a one day strike on budget day today, in a dispute over cuts to redundancy pay. 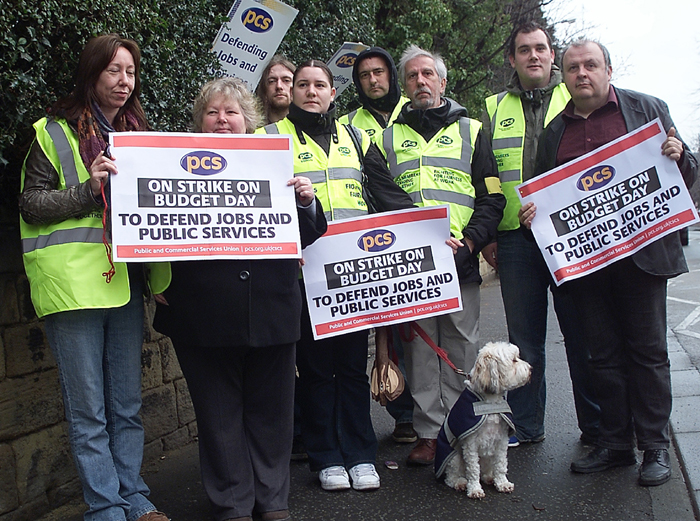 PCS Members outside Jobcentre Plus Offices. 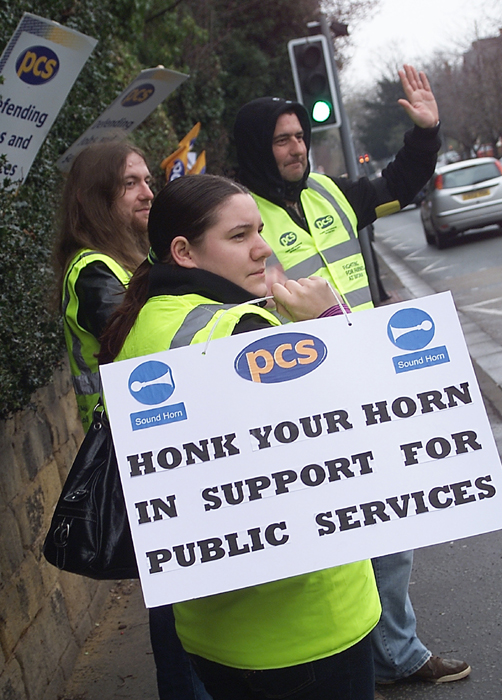 A wave at support from passing motorists. 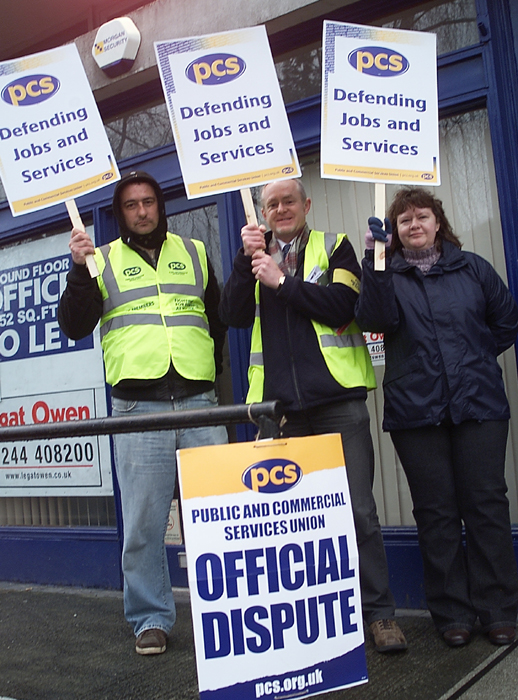 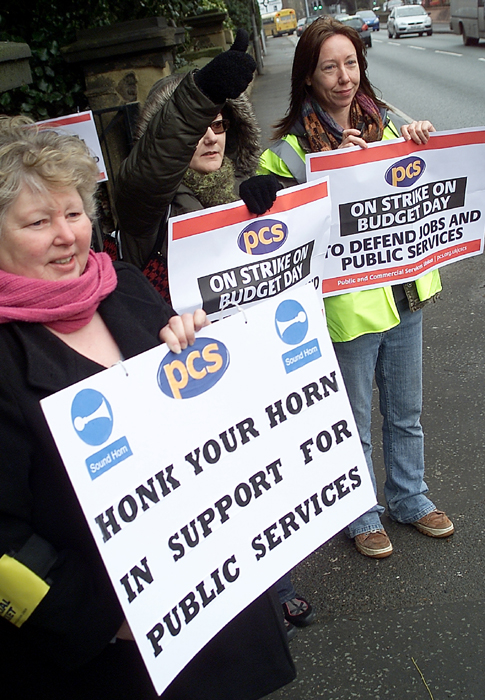 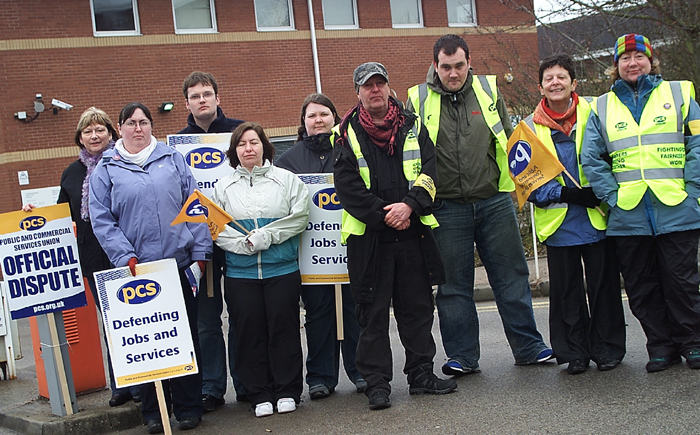 The strike, called by PCS, follows a strongly supported two day action earlier in March which saw up to 200,000 civil and public servants stay away from work over changes to the civil service compensation scheme.
Today’s strike, the first ever on budget day, involves Prison workers, Jobcentre staff, tax workers, passport staff, court officials, Ministry of Defence workers and driving test examiners. The stoppage will also see civilian staff and 999 operators working for the Met Police walking out as well as security staff working in the Houses of Parliament.
Serious Organised Crime Agency officers will also strike affecting operations.

Wales will see a budget day demonstration and rally on the steps of Senedd, Cardiff Bay from 12 noon to 4:00pm. The last two day stoppage saw the cancellation of business in the Welsh Assembly and the Scottish Parliament as assembly members and MSP refused to cross picket lines.
Commenting, Mark Serwotka, PCS general secretary, said: "It is no coincidence that PCS members are striking on budget day to defend jobs and services. As the government seeks to make it easier and cheaper for whoever wins the election to cut civil and public servants, we can expect a drive to slash jobs which will ultimately lead to poorer services.
“Loyal civil servants have already seen the damage that a 100,000 job cuts has wrought and will not stand by and allow the jobs and services they are proud to deliver slashed”

In the budget, the government has an opportunity to stamp out tax avoidance and evasion by companies and wealthy individuals. Alongside dealing with uncollected taxes, this would provide over £100bn towards cutting the deficit.
"The government needs to start valuing its own workforce by standing up for public services and reaching an agreement on redundancy pay that protects people’s entitlements."