The Other Campaign - don't vote, organise!

A RADICAL, WORKING-CLASS INITIATIVE IN RESPONSE TO PARTY POLITICS AND ELECTIONS… 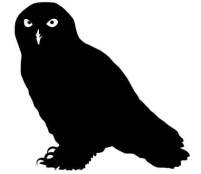 The Other Campaign 2010 was initiated by Liverpool Solidarity Federation. The aim is to build a loose network of anti-capitalist, libertarian groups and individuals who believe that:

1) politics must be liberated from the rotten influence of politicians and bureaucrats. As individuals we must take back control over of our lives and not allow power to be exercised on our behalf.

2) the anti-working class agenda of our corrupt political elite (such as the imminent wave of public sector cuts) will not be defeated through the ballot box, but on the streets and picket lines.

In response to the inevitably grotesque spectacle of the upcoming General Election campaign in the UK, we will promote ideas including:

To find out more or to add your organisation to the list of sponsors, please email:

:: Everyone participating in the campaign has the right to author leaflets, pamphlets, posters etc. These can be uploaded, shared and critqued on the campaign's Google Group. ::

"The belief in parties is the main reason for the impotence of the working class; therefore we avoid forming a new party—not because we are too few, but because a party is an organization that aims to lead and control the working class. In opposition to this, we maintain that the working class can rise to victory only when it independently attacks its problems and decides its own fate. The workers should not blindly accept the slogans of others, nor of our own groups but must think, act, and decide for themselves." - Anton Pannekoek, 'Party and Class'.