On Wednesday 16th June Peter Tierney, high-profile member and donor for the Merseyside BNP, faces trial at Liverpool Crown Court. He is accused of assaulting a trade unionist and anti-fascist protester on St George’s Day last year.
(PLEASE NOTE THAT THE TRIAL HAS BEEN MOVED FROM ITS ORIGINAL DATE OF MONDAY 14TH JUNE IN AN ATTEMPT TO DETER PROTEST.) 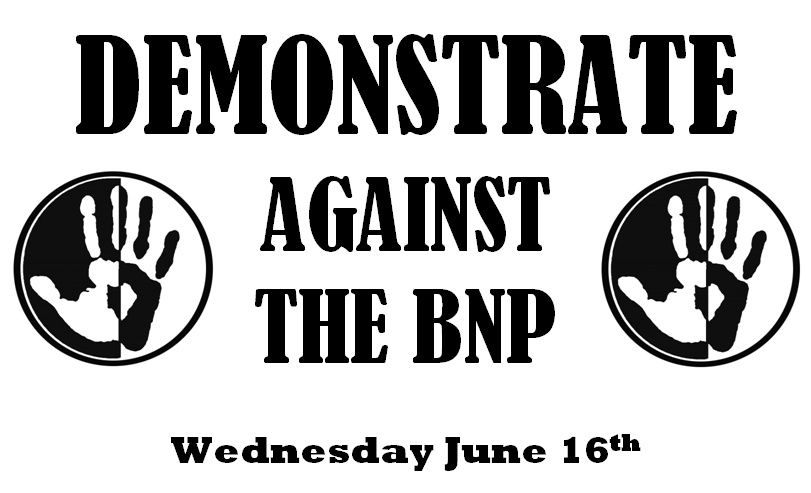 Court proceedings have dragged on for over a year now, and Merseyside BNP would be more than happy to let the incident fade into obscurity. But Liverpool Antifascists are determined that fascists should not be allowed to sweep their violence under the carpet. They are calling for the trial to be met with protests from those who do not want political violence by the far-right to become a feature of their city.

A spokesperson for Liverpool Antifascists said: “This whole saga has dragged on for far too long now. The BNP are banking on this so that people get fed up with it and forget about it, but the fact is that this is not a gaffe or a poor choice of remark. It is an act of inexcusable violence by a high-profile member of a party trying to present itself as ‘mainstream’ and ‘respectable.’

“We are thus urging as many people as possible to turn up outside the Crown Court from 8.30am on the first day of the trial to demonstrate solidarity with the victim of this attack.”

Liverpool Antifascists stress that it is particularly important that trade unionists and other working class organisations take part. Merseyside BNP have a reputation for harassing trade unionists, whom they view as “anti-British traitors,” and their party is part of a fascist tradition which has long attacked attempts by the working class to organise and defend itself against injustice.

Violence by fascists must never be allowed to go unopposed.