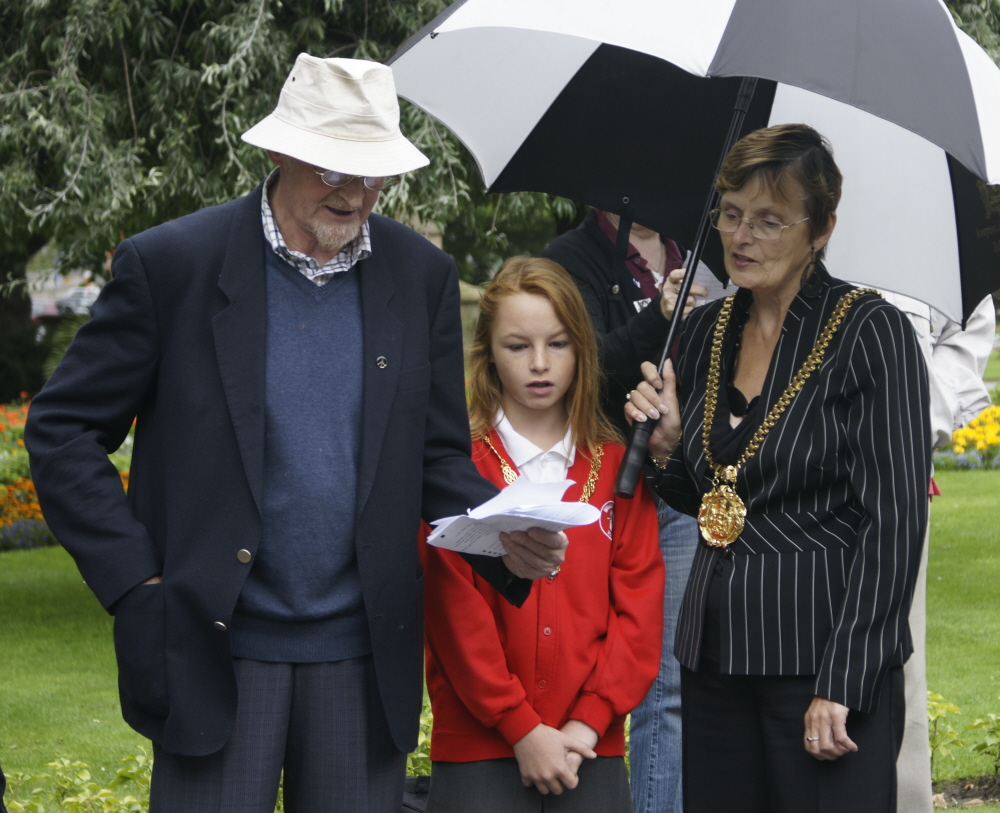 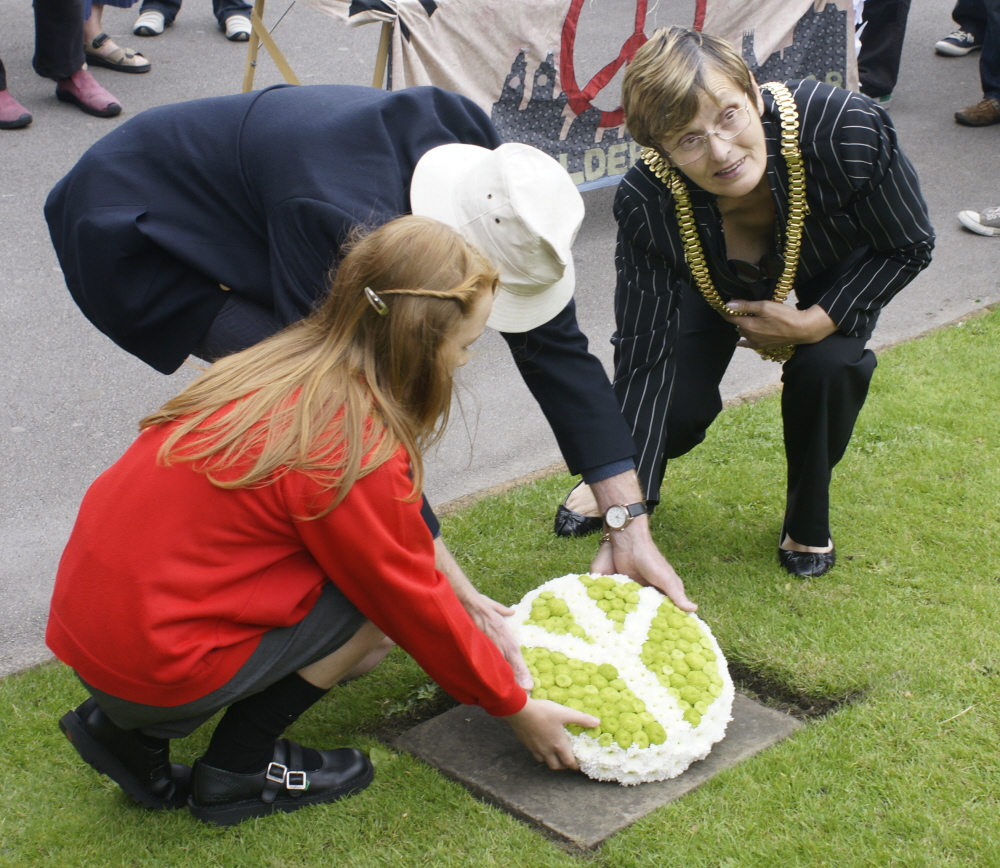 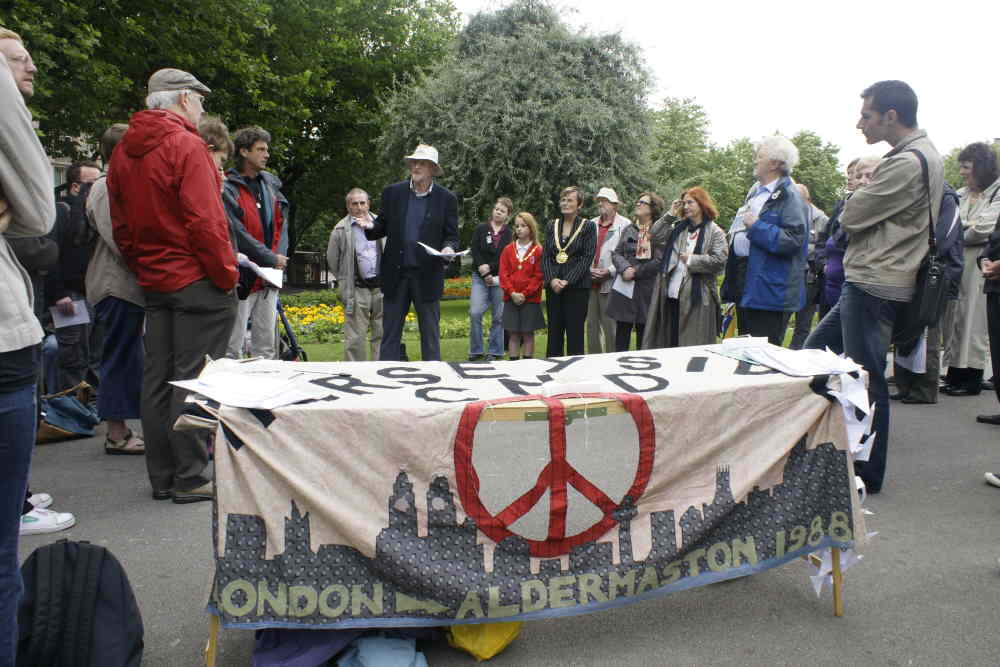 A Reminder of today's event...

WHAT: Hiroshima & Nagasaki Remembered
WHEN: Friday August 6th 11am
WHERE: The Peace Garden in St John's Garden (Behind St.George's Hall)
Liverpool City Centre

BACKGROUND: Hiroshima and Nagasaki are the two cities in Japan which the USA dropped nuclear bombs on at the end of the 2nd World War. The bomb used on Hiroshima killed 140,000 people. The one used on Nagasaki killed 70,000.
The survivors are still dying of cancer and other radiation related diseases.

Each Trident warhead is seven times more powerful than the bomb dropped on Hiroshima. One Trident submarine can kill 8 million people. With Trident renewal costs high on the political agenda we recall why Trident shouldn't be renewed and why it should exist in the first place. In the 65th year of the Nuclear Age help us to look forward to a future free from the nuclear threat.

Cllr. Hazel Williams, Lord Mayor of Liverpool will lay a wreath in honour of
all victims of war and nuclear attack

The proceedings will end with the Peace Prayer