Join the Radical workers’ bloc at the Lib Dem conference!

The Merseyside Trades Union Council have called a demonstration at the Liberal Democrats’ annual conference. This has been billed as “against coalition cuts in public jobs and services” – but we want more. 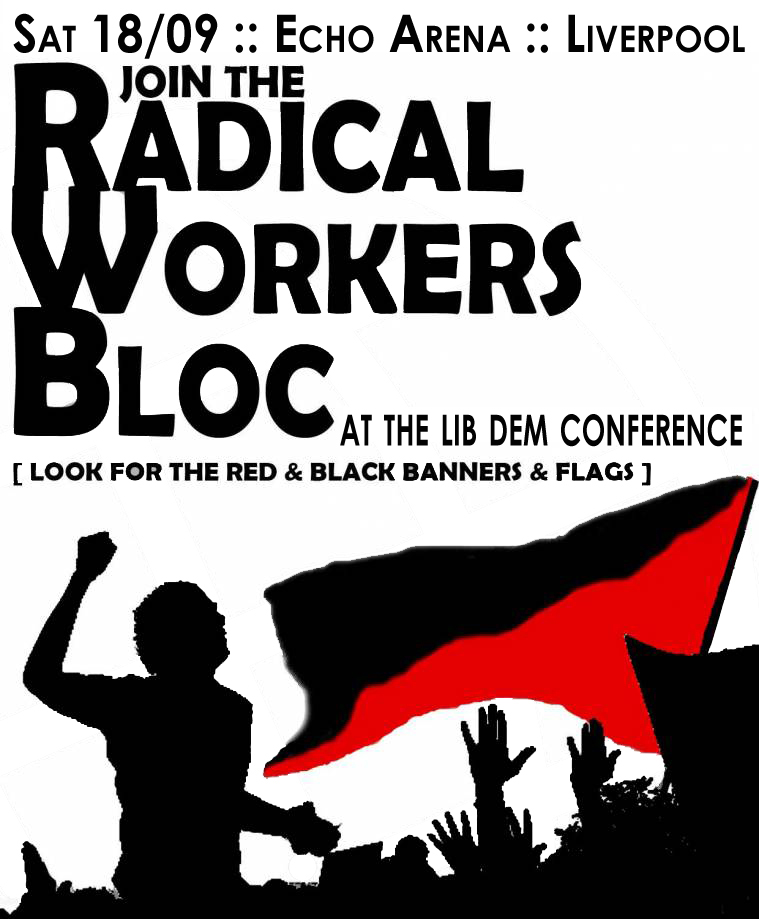 Of course, we need to protect jobs. Every job lost to redundancy means more workload for those who remain. An injury to one really is an injury to all. We also need to stop the cuts that take away vital services, hard-won by generations of struggle. But these are not Liberal Democrat, Tory, or even coalition cuts – they are cuts by the ruling class, which we would be facing whoever got into power.

Liverpool Solidarity Federation and others are forming a Radical Workers’ Bloc on the demonstration. We reject the notion that a different government will bring about a solution for us – the cuts will be defeated on the streets and on the picket lines, not at the ballot box.

We need to send a message not only to this coalition government but to all political parties. The working class will not take these attacks on our livelihood lying down. We do not need anyone’s permission to fight back, and we do not need politicians or bureaucrats to lead us.

Join us on the Radical Workers’ Bloc on 18h September at the Echo Arena in Liverpool. Look for the red & black flags and the Liverpool Solidarity Federation banner.

Flyers and posters will be produced as soon as we have a definite time for the event.