On the 2nd of April, the drunken nobodies of the EDL will be marching up and down the streets of Blackburn chanting racist abuse willy-nilly at any passing Asian man, woman and child. The best way to beat these pissed-up fascist losers is to take the bloody piss. 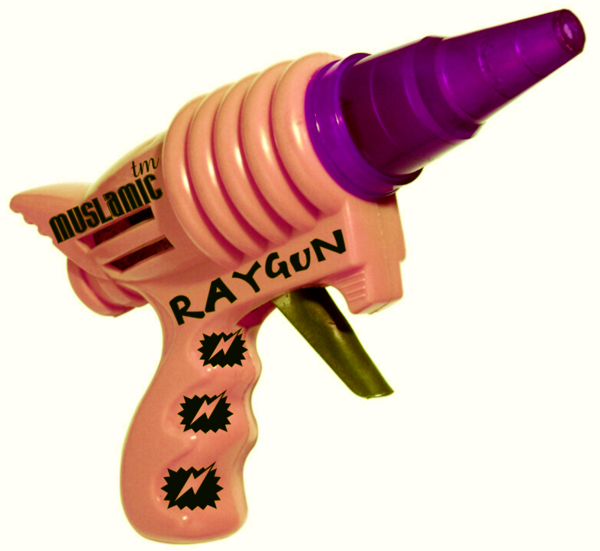 While the moronic EDL thugs beat up the police trying to break through their lines to assault the anti-racist protestors, we suggest that anti-fascist protestors follow our fine heroic science-fiction example, and dress up as characters from B-movie sci-fi space invasion movies, sporting the most outlandish of legal weapons, "Muslamic Rayguns".

Turn up in Blackburn wearing your most colourful items of fancy dress, ready to impose "Iraqi Infadel Law" upon the EDL's "Space Invaders", blasting the racist losers back to infinity and beyond (or the nearest solar system that has a run-down Wetherspoons).

Suitable sci-fi music played from loudspeakers with a space-style launch countdown before the rayguns are fired, would be most fitting.