30th June 2011 may well turn out to be the most important step forward in a mass fight against public sector cuts. Hundreds of thousands of workers could be involved in strike action, from as many as four or five different unions including NUT, PCS, UCU and ATL.
Often strike action can be ignored by those in power but also the vast majority of workers not in unions or directly effected by the issues. Therefore we, rank & file union members, students, precarious workers & unemployed are calling for a mass show of solidarity for those taking strike action and to generalise the strike on June 30th.

From early morning pickets, direct actions, occupations & demonstrations - whatever you're into - lets all do it on June 30th and amplify the resistance to austerity. This call to action is going out to activist direct action groups, local anti cuts groups, radical political groups,
radical unions and student university occupations.

j30 Strike Assembly // 6pm 6th Monday June
Room 263, The Rosebowl, Leeds Met.
A call to all those in Leeds interested in resisting austerity cuts and beyond.
First meeting to discuss June 30th strikes.

Following on from the call for an open assembly to discuss, propose and
organise for the first round of co-ordinated strike actions on June 30th, over
100 people turned up and squeezed into the Marchmont Centre in Bloomsbury on
Monday 23rd May. Come to the next mass assembly. Everyone invited.
Bring ideas for actions!
Read the report here:

There are also meetings being organised in Newcastle, Oxford & Surrey. Dates to
be announced.

If you want to link up with others in your area to help organise solidarity for
the early morning pickets on June 30th then email:

The industrial union DAta Miners Travailleurs Psychique attend the June 30 march in London and we call on local un-unionised data miners and psychic workers to join us. This march called by PCS, ATL, UCU and NUT goes through areas of London where the workers represented by these unions would have been working if they were not on strike. This march is therefore not simply an A to B march - it is a claiming of ownership of the resources of production by these workers. These streets are part of the resources used in the production of public space by public workers. Furthermore since the PCS is the representative of the Metropolitan Police workers, any confrontation with police is not simply spectacular - it is the confrontation of striking workers with scab workers. Whatever the secret state's hand in orchestrating and manipulating this situation, these objective manifestations of class war are what we join with.

So as well as claiming common ownership of the resources and factors of production and confronting scabs and capitalists, we also need to establish that this strike is an opportunity for us to organise and unionise. To build on this event into a global world wide general strike. It was the Tolpuddle Martyrs whose subversion of freemasonic initiation provided a vital boost and temporal vertex for Trade Unionism in London - and we welcome them into the DEad WOrkers Union. It is with them that DAMTP-DEWOU break off from the main march and launch psychic attack on the Freemasons Grand Lodge. This simply manifests through our allowance of all psychic workers who are scabbing and collaborating with the capitalists to renounce their position and join the DAMTP. Like the Tolpuddle Martyrs we conduct psychic initiation using these specially prepared situgraphics which allows them to join our union or indeed form their own one - or more - person unions.

The meeting point is at Lincolns Field Inn is of course based on the Great Pyramid at Giza - the west side, created by Inigo Jones faces the A-Men-tie mysteries and it is no coincidence that both the Trade Union marches and Freemasonic processions often begin from here. However, it is not just vital that the trajectory from Freemasonry into Trade Unionism be disrupted and superceded. It is inevitable.

It's the Facebook revolution! Sadly I don't want to be on Facebook the same as millions of other people. If you're going to organise only on Facebook, what's the point? You could at least put info on a blog so that non-FB people know what's going on.

Am about the millionth person to say this on Indymedia but yet FB still remains the zeitgeist organising tool for modern politicos regardless. Put that in your pipe and tweet it! 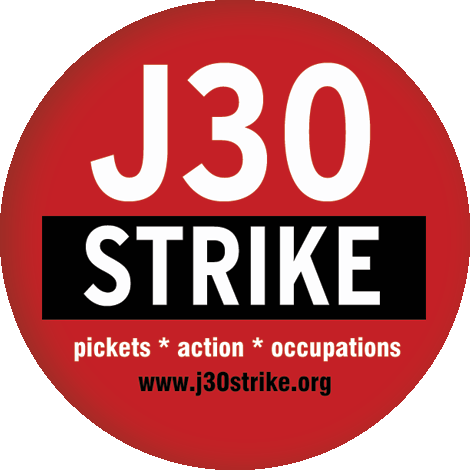 News, updates, calls of action, interactive action maps, downloads -- its got
it all!

Please forward and help plug the site. If you want to add an event for J30 then
please
email

We really need more picket locations for the early morning. The site covers the
whole UK so please spread far and wide!!


p.s. Facebook has associated the website link with spam - due to the number of
invites sent out for the J30 strike event - a pop up window will appear
informing you that the content is blocked with link to complain - please
complain to get facebook to unblock it. Thanks!