Wall Street Occupation is ongoing.
Wall Street Occupation..several thousand protesters are still trying to occupy wall street,
do not believe press reports about there being only one thousand.
Originally organized by Anonymous but including others such as Adbusters.
Almost a complete news blackout, see tweets, it was tweet trending but then twitter removed it, also see live webcams, if the whole wide world is watching it will make it harder for their police to crack skulls.
A lot of Americans are waking up to find out how free they really are in the land of the free.
Police are now treating this peaceful protest as a potential riot, police radio traffic are call ing it a 10-34. Police have been issued with plastic ties/handcuffs and have prison buses lying in wait. Please everybody we have to help this go viral.

As for the mighty debt we are the victims are a pyramid scam run by the American banks, we as Europe should club together and send a clear message to America, can't pay won't pay.
People are trying to tell us if the U.S.A fails it takes us down with it, sorry just like the fear mongering about the yk2 bug, it would not happen.

Alt stream when the above is down: 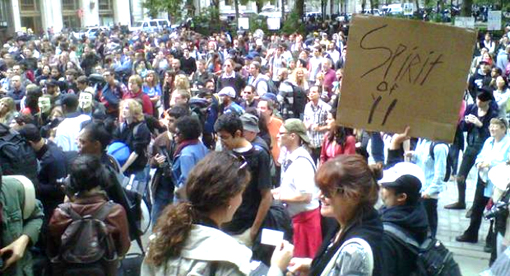 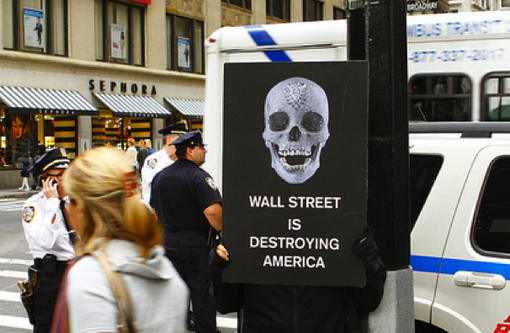 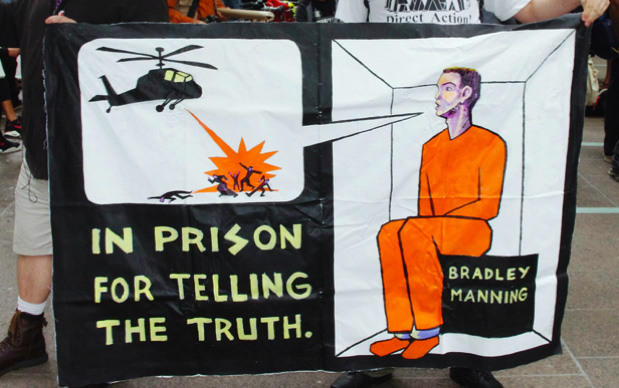 According to The Guardian it's 5,000 protestors 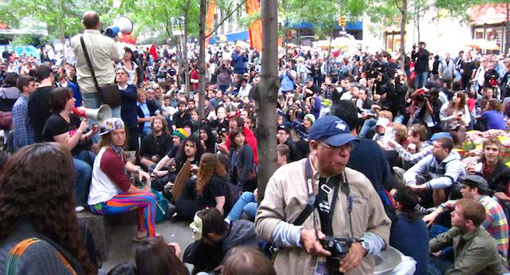