Here are some photos from the demo outside Dale Street Magistrates Court in Liverpool where a number of census refuser cases were dealt with this morning. We're aware of at least three defendants pleading not guilty today with their trials being set for 17 and 18 January back at this court (not at Crown Court as reported by the bbc). Full report to follow. 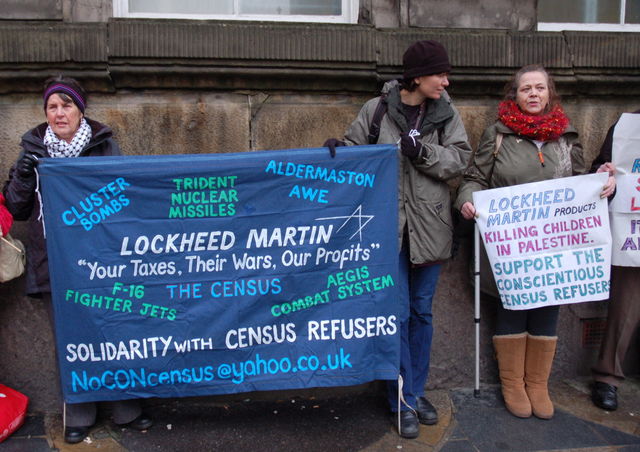 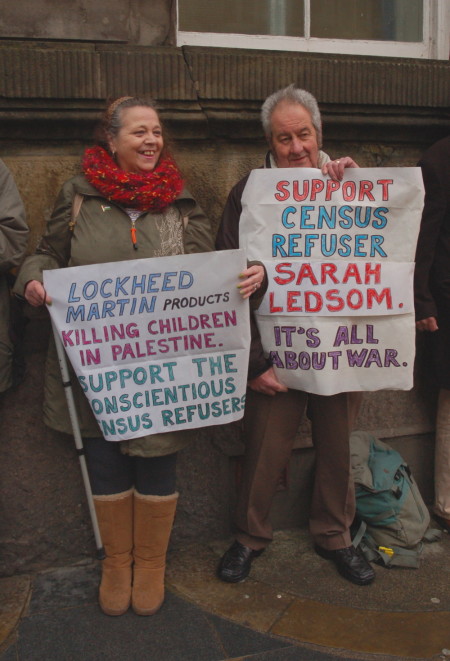 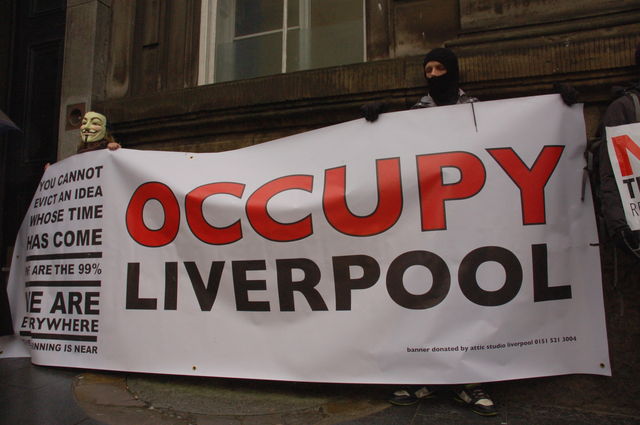 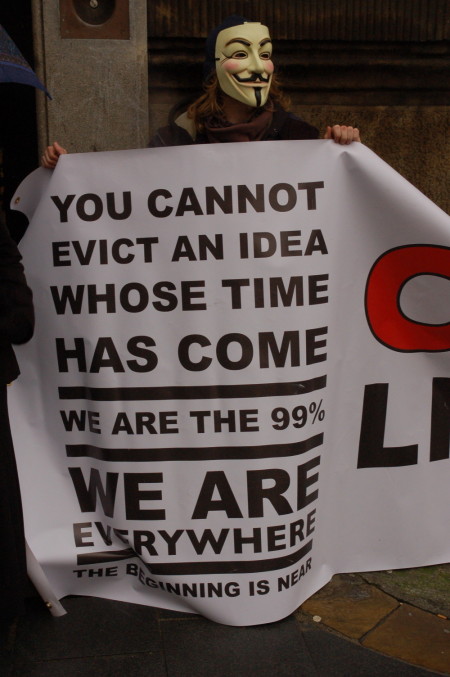 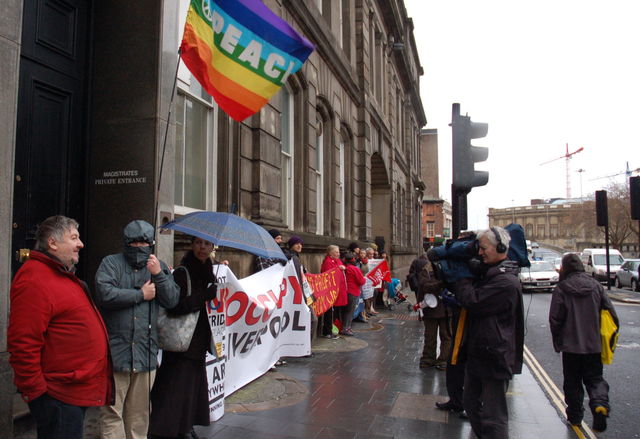 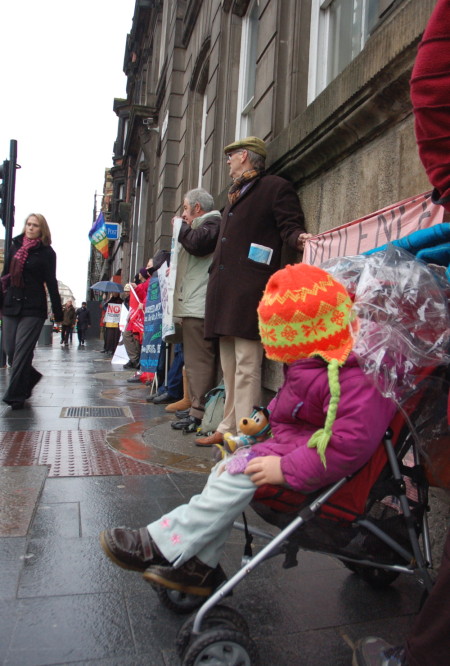 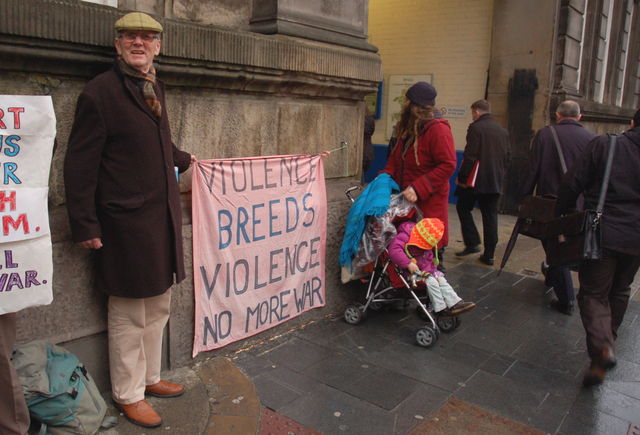 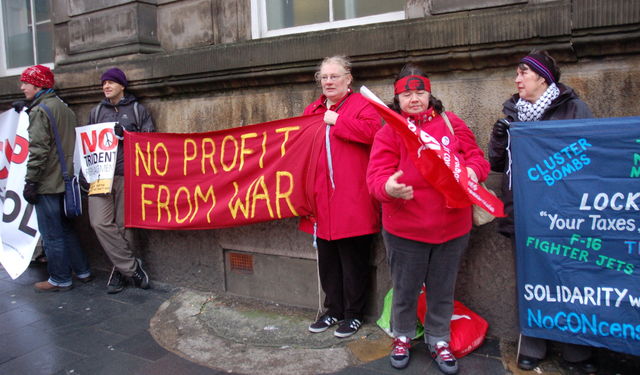 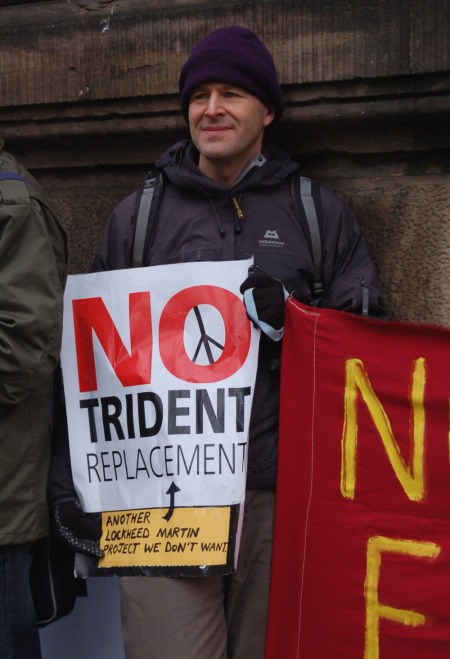 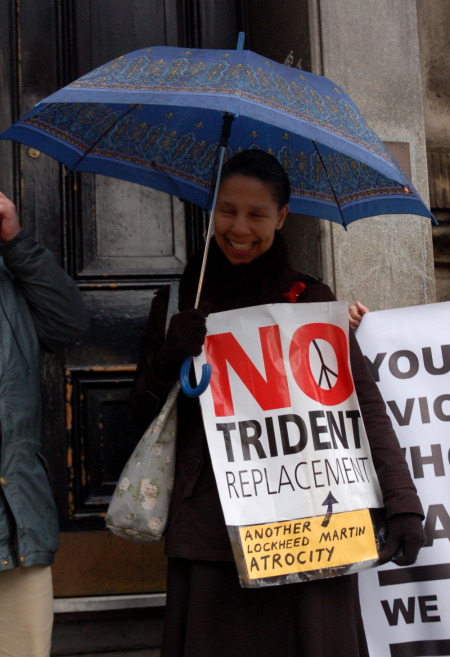 Big thanks to everyone who was there today to support defendants and protest Lockheed Martin and the wars they fuel. Special thanks to the folk from Occupy Liverpool, who were dealing with heavy rain and high winds at their camp but still came along to show their solidarity. Respect.

A Huge Heartfelt Thank You

I cannot thank you all enough for turning out yesterday, in the most appalling weather. I am so sorry for not being able to thank you all personally, but I was whisked off by the BBC for an interview which ended up being screened last night. It upset me, that by the time it was finished and went to the Unite cafe, that not everyone knew. We intended to get everyone a hot drink. One thing I do know, is that if you weren't there with the banners and posters, the media wouldn't have been interested. I'm new to all this, but I am learning. If you can identify yourselves with the pictures that Genny has posted, I would love to thank you personally. Yesterday, was the most humbled I have ever felt, and will remember it for ever, so thank you.

The story according to the beeb

Here's the link to the BBC North West Tonight footage, reposted on YouTube:

Don't take any notice of the announcement about Crown Court. The next hearing is back at Dale Street Magistrates Court 17 Jan (with another census case being heard on 18 Jan).