The Unilever Strike and the Case for Classwide Solidarity

More than two and a half thousand UK-based Unilever staff took strike action today, in protest at the company's plans to attack their pension scheme. But the very fact that such attacks are taking place in the private sector as well as the public sector raises the case for classwide solidarity, and an end to union-imposed isolation. 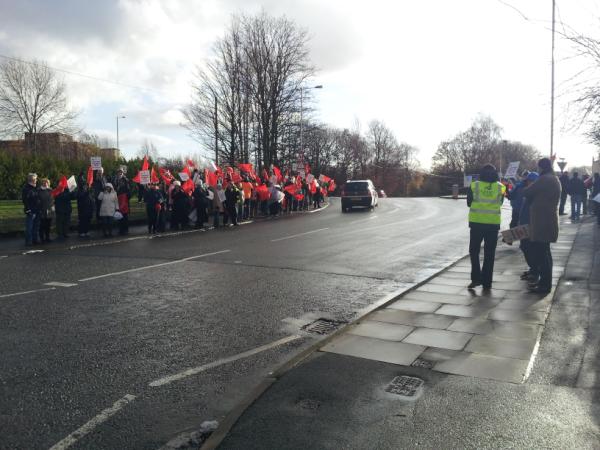 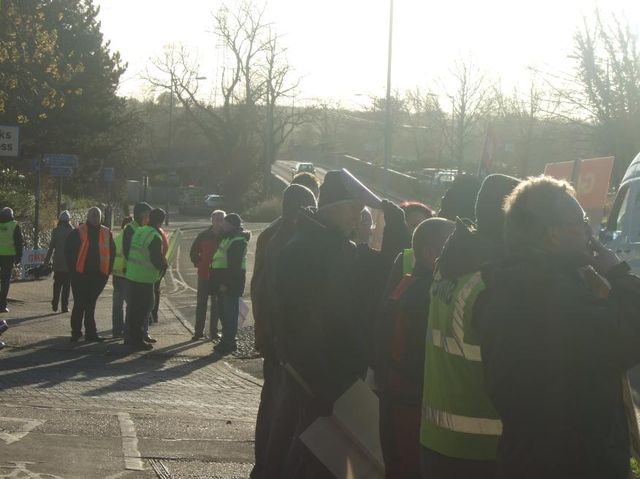 Strikers shut down production of Colman's mustard for the day

Unilever is a huge global brand, and their subsidiaries include such famous household names as Ben & Jerry’s, Bertolli, Bovril, Colman's, Hellmann's, Marmite, PG Tips, Pot Noodle, Ragu, Flora, Persil, and Wall's ice cream. This year the company reported that full year profits were up 18% on 2009, to £5.2 billion. Yet - as always - this was not enough for the shareholders.

Now Unilever in the UK are using the bleak economic times to force through an assault on company pensions, with the Unite union claiming that the changes - planned for new year's day - will reduce their value by up to 40%. This would leave workers facing a bleak retirement, often after years of paying into the scheme. Essentially, the Unilever bosses are raiding the piggy bank in order to supplement their own already lavish lalifestyles.

Unilever staff struck at nine sites from seven am, including at the site where the company was founded, in Port Sunlight, Wirral. There, eyewitnesses reported seeing picketlines more than one hundred strong despite horrendous weather conditions.

However, strikers should be under no illusions that one day of strike action will be enough to overturn the company's plans. Instead, as with the 30th November public sector strike, it was called by the union tops so that workers can let off steam. Unite bosses will bend over backwards to give Unilever what they want, because they fear that the corporation could send the jobs overseas, to countries where prevailing pay and conditions are even worse. This would mean a loss of dues money, which the union fat cats live off.

In both the public and private sectors, the only way forward for workers is to organise independently of the union bureaucracies - and where necessary break the anti-trade union laws. In recent times, the Sparks group of electricians has gone furthest down this road, culminating in their huge wildcat strike earlier this week, against 35% pay cuts.

In the run-up to both the June and the November public sector strikes, the government and corporate media sought to play up divisions between public and private sector employees. The argument ran something like this: private sector workers generally have worse pensions than those in the public sector, so why should they pay their taxes to subsidise the public sector? Despite this propaganda, a decent majority still supported the public sector strikes last week. This shows the beginnings of renaissance in classwide solidarity, at a time when all working class people are feeling the impact of heightened ruling class assault.

There is a case to be made for a working class pensions campaign, with the demand that all workers regardless of industry be guaranteed a good standard of living after they retire. But the unions will not lead such a campaign. They do everything they can to keep workers in different industries separate, as is required by the anti-trade union laws. Moreover, cross-industry solidarity would serve to demonstrate that actually, we don't need union tops at all. As grassroots movements such as Occupy illustrate, working class people are perfectly capable of organising themselves.

No-one else will do it for us, so the task of bringing all the struggles together rests on our shoulders.