On a serious note, since Tommy Robinson (Yaxley Lennon) was jailed, more and more EDL divisions have become openly racist. Today, while the spirit of Christmas cheer in the air, peace, love and goodwill to all men and all that, Yorkshire EDL (Leeds) were fantasising about an anti-Muslim final solution where ALL Muslim citizens living in the UK would be "removed", and all immigrants would be denied social welfare. 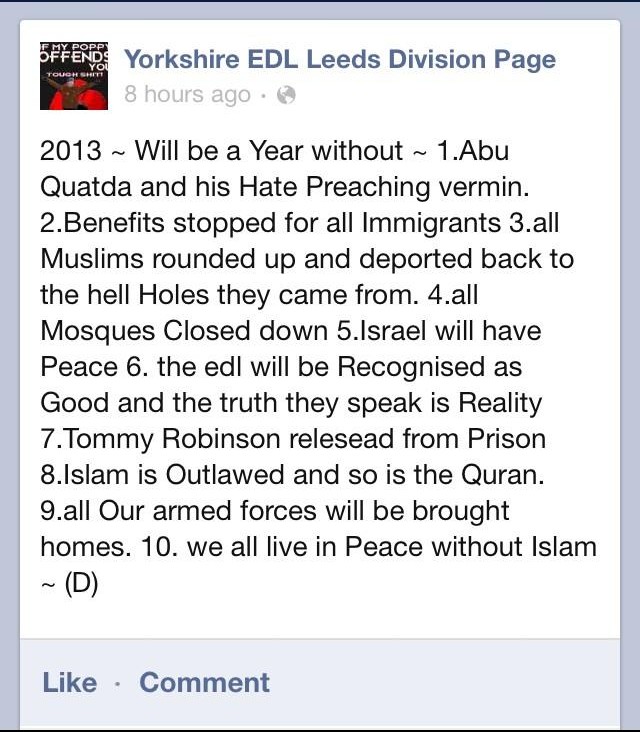 Also targetting all immigrants, removing the rights to any benefits and state-funding, Yorkshire's EDL are no-longer scared of being called nazis. Maybe it's all part of their "reconcilliation" with the NF-loving NWI (Infidels).

So, the EDL will do the old Mosley / Griffin thing of "repatriating" non-Aryans from these shores. Presumably, like their inspiration Adolf Hitler, the Leeds fascist hardliners will also "get rid of" anyone with foreign / Islamic ancestry and bloodlines.

Besides needing to set up a British SS after taking over Britain in a Hitlerite coup, they would also need a UK-version of Josef Mengele to decide who looks "Arab" in appearance through bloodlines, and thus would be subject to the same racial laws imposed by their (fantasy) Fatherland.

Presumably, Muslims who cannot be traced back to any particular country of origin would be first to the gas chamber!

Anybody who still harbours doubts about the EDL being Nazis, need to take a look at this tweet and see the stark truth for themselves. When they began, there were moderates (mild pub racists) within their ranks (all mouth, no trousers), but now their great leader is in jail, notice the hardcore neo-Nazis making the EDL their own, showing their TRUE COLOURS.

For more info about the EDL's fascist activities, read our good friend Malatesta's Blog (including the Xmas message): -

Must be the Service Crew boneheads. They actually hate Jews as much as Muslims but it's good PR to pretend they are pro-Isreali. 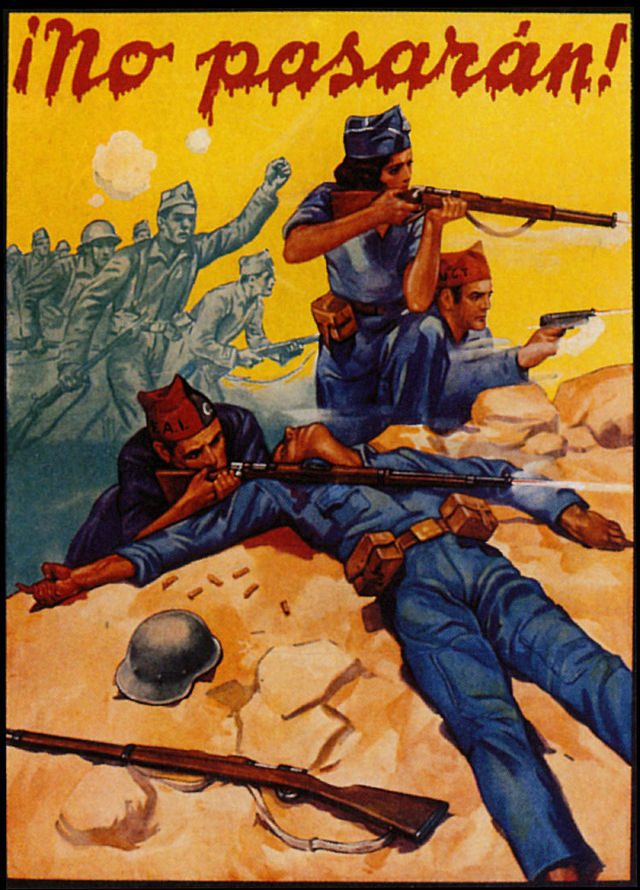 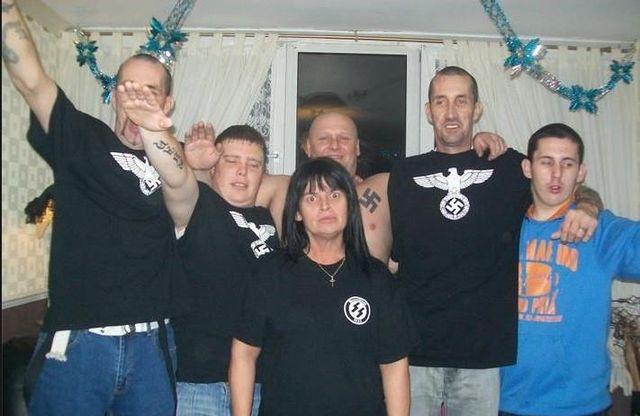 yeah it seems that now the whole EDL project has failed, they are going even more hardline. its gloves off time now that 'soft racism' has been discredited - 'they call us nazis so we might as well be nazis!' mentality.

This picture says it all!

Sadly, since the pretence is over, the bastards in the EDL are now being openly neo-Nazi, and thus pose more of a danger to antifascists than previously.

This is all part of their hopes to "unite the right".

The pretend Jewish and Gay Divisions are now history, and the EDL are now showing their true colours. It is to be hoped that they do not sign a formal treaty of friendship with Golden Dawn, as GD are a violent group which threatens the entire continent. 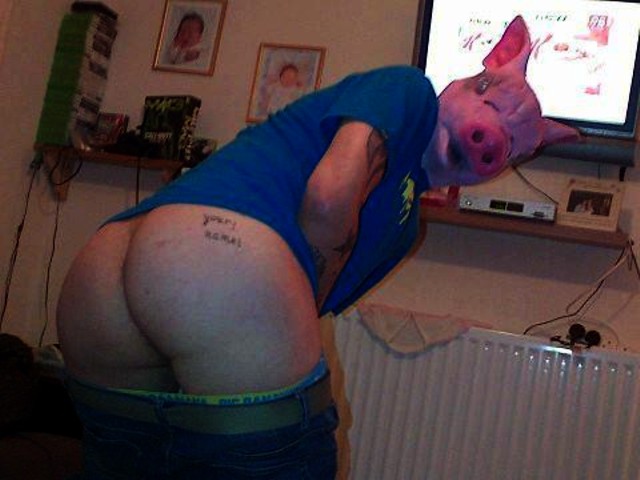 Notice also there are pictures of children on the wall. Let's hope for fuck's sake they are not his, as his self-abuse on camera is not in-keeping with the supposed family values espoused by the British Freedom Party.

Or the homophobic Golden Dawn for that matter.....


EDL Perverts on The Prowl

Fellow "nationalists" (nazis) on Stormfucked are now likewise calling the EDL "degenerates", nazi speak for seriously "wrong-uns" who are doing little to help make supreme the Aryan race by indulging in obsene behaviour in the public realm.