Since their inception in 2008, the EDL have repeated in parrot fashion the mantra that they are peacefully opposing Islamic extremism by taking to the streets. Formed after poppies were burnt in Luton, this far right group argued every day for a considerable time that they were not racist. Furthermore, setting up supposed Gay and Jewish Divisions, they appeared on radio, TV and the newspapers telling the world that they hated antisemitism and homophobia, and yet, few people believed them. 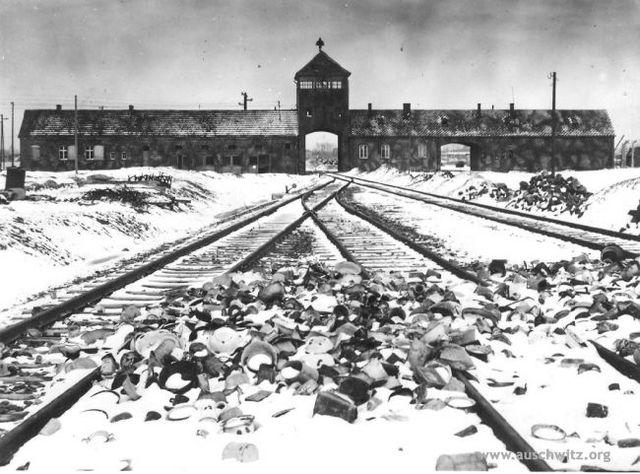 Mainstream Jewish organisations throughout the Western World refused to be conned by the EDL's shambolic attempts at using false support of one minority (Jews) to pit them against another marginalised UK ethnic minority group (Muslims). Marine La Pen of France, daughter of the notorious Holocaust denier has tried similar tactics to divide and conquer ethnic minority solidarity, by highlighting the anti-Semitism of Islamic extremists, while conveniently glossing over the nazi support which still forms the backbone of the FN in France.

Hitler salutes have been seen from day one at EDL marches and static gatherings documented by Hope Not Hate and Searchlight, and have always been brushed aside as being the work of supposed "UAF infiltrators" or "bad eggs". However, quite often there are great swathes of regular EDLers including "Regional Officers" or ROs doing it, sometimes right in-front of the camera. Time-after-time it happens, and time-after-time they repeat the same old line like a broken record "It's 'onestly not us, Guv'nor. We are not nazis!"

Everything the EDL do wrong, every anti-social or hate filled activity or gesture, is brushed off as simply as "over exuberance", be it overt racism, drug taking, criminal damage, violent punch ups, assaults, or grievous bodily harm of innocent bystanders. After Anders Breivik mass murdered children, hundreds of EDL members including ROs and members of the leadership even, defended Breivik, and yet they tried and tried to pretend they were only joking, when cross-examined by the media.

Not everybody within the EDL tried to wriggle out of accusations of extreme racism including anti-Semitism, in particular the NWI (Northwest Infidels) and CxF ("Combined Ex Forces = military fantasists), who broke away from the EDL a few years away, over their freedom to hate anybody they liked, and also accusations of Tommy Robinson and Kevin Carroll grassing to the police about their criminality.

Shortly after the split, keen to wash his hands of the overtly neo-Nazi splitters, Tommy Robinson (real name Stephen Yaxley Lennon) the leader of the EDL, used their parting of company, warning their minority division "Uncle Toms" (black, mixed race, Jewish and gay "poster boys" to stay away from all NWI marches as they "might get lynched".

Another hardcore group, Casuals United, the football hooligan outfit based in Cardiff, Wales, with links to swastika-tattooed Welsh Nazis of the WDL (Welsh Defence League), stopped attending EDL marches last year, and until now, have not supported the EDL's events.

Fortunes of the EDL took a downturn after Stephen Yaxley Lennon was jailed for breaking bail conditions, and was charged with using a fake passport to enter the USA for which, if found guilty, could possibly face another jail term in a UK prison. While inside, he delegated his decision-making to his deputies, his cousin Kevin Carroll and Helen Gower, who have proved so shockingly unpopular, last Saturday in Cambridge the once-popular EDL could only muster a crowd of less than 30 people.

Next up, this Saturday in Manchester, is the EDL's return to the city. The last time they were there, well over a thousand EDL members gathered in Manchester's Piccadilly Gardens, in a violent mob which broke down cordons to fight with anti-fascists and police.

With fortunes fading for the EDL before their current visit, in a number-boosting exercise, the EDL leadership apparently initially claimed to out-sourced the EDL Manchester event to a fictional and non-existent rump of Northern EDLers who they named the NWA (not the expletive-driven rap group, but an expletive-driven bunch of aging racist EDL members called the North Western Alliance). The tagline of the NWA was to "Unite The Right", which meant Official EDL members standing neck to neck with the NWI, the NF, CxF, the BNP, and whichever nazi groups wished to freely attend the march.

Apparently, everybody, no matter how hardcore their Hitler-worshiping was, could attend. Once a larger than usual number of racists were booked to attend Manchester on Facebook, including NWI leader Shane "Diddyman" Calvert and (National Culturists / Young BNP) Jack Buckby, having bucked liability for the seriously nazi guestlist, Helen Gower, Kevin Carroll, and the admins of the @officialedl Twitter site have been quick to reclaim the Manchester march as their own.

Kev and Hel need a healthy turn-out in MCR to keep their "jobs". Failure to attract a significant amount of people would have meant both people getting the chop.

The upshot of Manchester is, with or without the tactic approval of EDL deputies Kevin and Helen, the EDL have agreed to allow their followers to stand shoulder-to-shoulder not just with Holocaust deniers and bog-standard anti-Semites, but with Holocaust glorifiers. The NWI was set up by two neo-Nazis within the ranks of the EDL: - John "Snowy" Shaw (now living in Canada), who openly admitted to reading and believing the Protocols, and current Fuhrer-in-Chief Shane "Diddyman" Calvert who only a fortnight ago, published a tweet in which he remarked about hoping Jews would again sent to the gas chambers.

Diddyman's tweets were common knowledge, the nazi heritage of the NWI and other groups attending the EDL march in Manchester are absolute and undisuptable, so why are the Official EDL Leadership now encouraging its members who supposedly are pro-gay and pro-Jewish, to line up with hardcore homophobic, anti-Black, hardcore anti-Semites in Manchester.

In the days and hours before the march, the EDL's regular pro-Israeli tweeters such as "Ambrosine" (not her real name) @mrsshitrit, will be lining up in an orderly fashion to support the EDL's Manchester Nazifest, trying to claim attendance is good for Jews and Israel. Most of the EDL's pro-Israeli bloggers and tweeters have been exposed not to be Jewish at all. One is a Catholic priest, others are doomsday evangelical Christians, and some are even occultists and Odinists, however it is still assumed that there are Jewish EDL followers out there, somewhere in the world, if not in the UK.

You have heard the expression "turkeys voting for Christmas".

A time to pause, get your thoughts, and remember the victims of the Holocaust at Auschwitz.

BY LINKING UP WITH THE NWI AND OTHER OPENLY NAZI GROUPS, THE EDL ARE ACTIVELY SPITTING ON THE MEMORY OF THE HOLOCAUST VICTIMS