A hundred years ago in November 1913 John Archer became London's first African mayor when he was elected mayor of Battersea (now the London borough of (Wandsworth). History consultant Kwaku's presentation at Battersea Library on April 16 will show there was more to Archer's history than just being elected mayor. 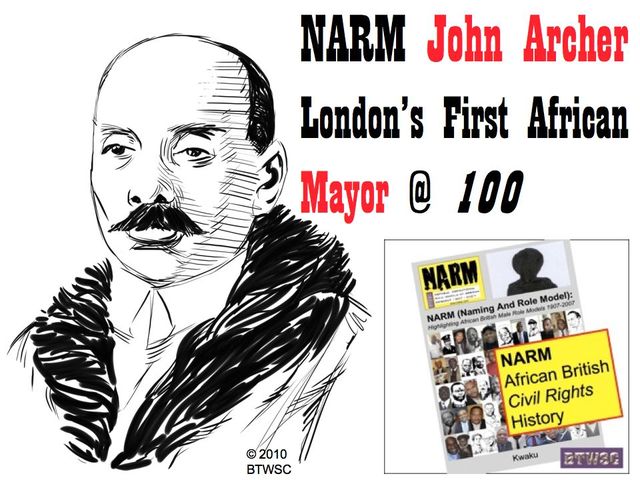 John Archer & Black Politics, which is one of this year's NARM African British History topics offered by voluntary organisation BTWSC - the other being Paul Stephenson & The Bristol Bus Boycott, is a free, audio-visual presentation which highlights the community and local political activities of Archer.

Born in Liverpool to an African-Caribbean father and Irish mother, Archer ended up in Battersea with an African-Canadian wife in the 1890s. He immersed himself into local radical politics, and in 1906 he was elected councillor of the Latchmere ward.

The presentation will highlight key points such as Archer turning from the Progressive/Liberal alliance to becoming a stalwart of Battersea's Labour movement, his successful work as a political agent for an Asian Communist who was twice elected MP, and his involvement in pan-Africanism, before opening the floor for questions and discussions.

A bit of trivia, which hopefully will not be lost on the participants, is the fact that just a stone's throw from Battersea Library up Lavender Hill, is the old Battersea Town Hall, where Archer operated as a councillor, mayor, alderman, and deputy leader of the Labour group, a position he held until he died in 1932. For more details or to book: www.narm2013.eventbrite.com