I was at city hall at 09.30 and met with some of the overnight sleepers from a group calling themselves Beat On the Streets. They are concerned that homeless people are in danger of being criminalised. 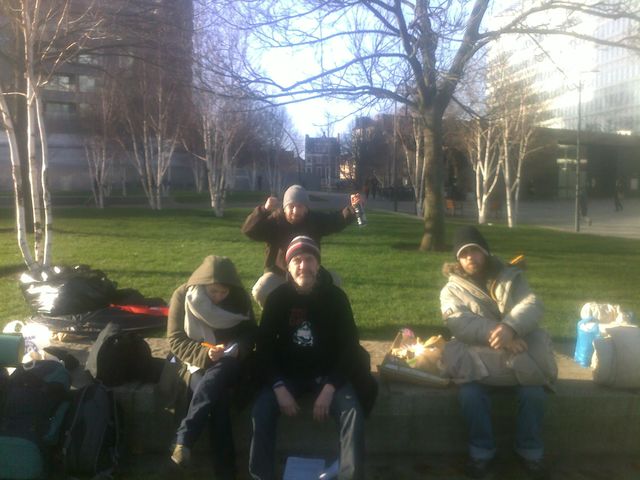 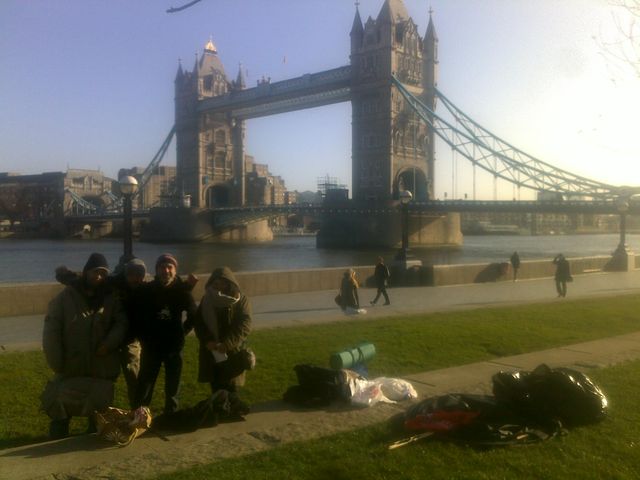 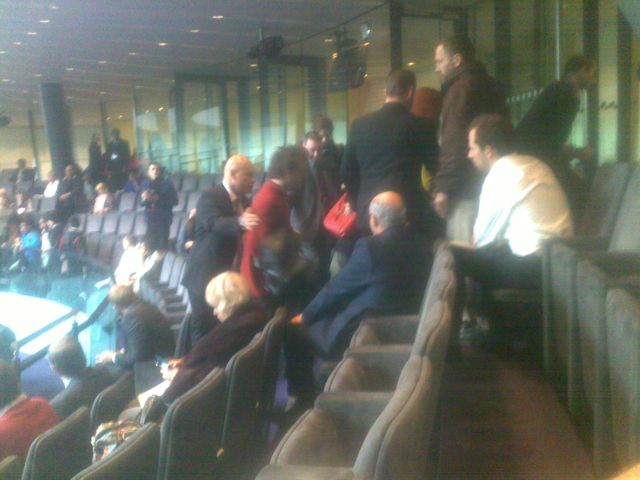 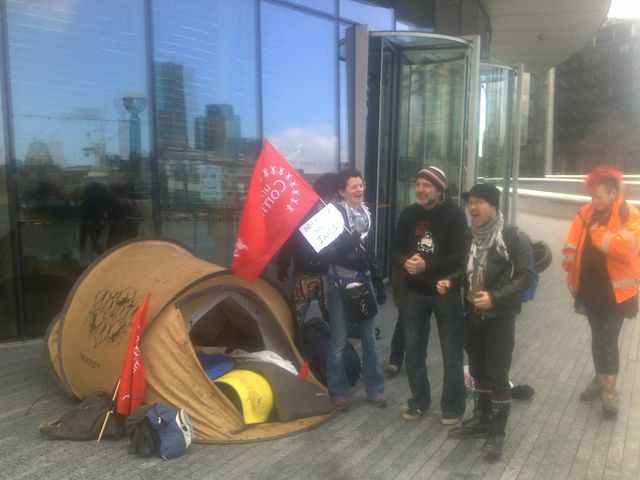 They  had camped on the grass area outside the City Hall, home of the London Assembly and London Mayor Boris Johnson. They were removed early this morning. There was one tent on the pavement when I arrived. Some of the group had left but those that remained were in good spirits.
I went into City Hall to ensure a seat. It was actually quite busy and quite a few school groups were there at different stages coming and going.
A heated discussion was focused on the expanding of the Barclays Bank Bicycle scheme into the South West London area and who in fact was paying for the scheme. It seems that the Barclays money had run out and the local councils were having to foot the bill themselves even though the name of Barclays appeared on the bicycles. Many in the assembly were not happy about this.

We were leading up to the question concerning Homeless Veterans (question No.2014/0630) at 11.27 when again a few people began to chant "Homes not Jail!"

They were quickly removed from the chamber and went peacefully.

Boris did acknowledge that there was a homeless issue and that it  was not going to go away.He said it was complex, however the focus was to stop homeless people becoming entrenched in the life style that would then become difficult to leave, and become an established way of life.
Major Boris Johnson mentioned Help 4 Homeless Veterans which was set up specifically to help military veterans. He said that they had served their country and that we as a nation had a duty to care for them.He said the scheme was working very well and that 8/10 did not go back on the streets. He also mentioned 'No second night out' a support organization for rough sleepers.

He added that if members of the public wished to ask questions then they could attend the People's Question Time which will be held in Kingston, Surrey.

According to Crisis, rough sleeping in London has risen by 62% over two years and that more than 6,400 people slept on the streets of the capital at some point last year.It said the trend is due to the ongoing pressures resulting from the economic downturn and a chronic lack of affordable housing as well as cuts to housing benefits.

Outside City Hall a tent had been erected and some of the protesters were talking to some media and passersby. They vowed to continue and challenge any unjust legislation that would outlaw homeless people.
All was calm with no interferance at 12 noon.
For more info:

No Second Night Out