On the morning of the 16th of May, the UKIP billboard on Scottforth Road, Lancaster, was improved. 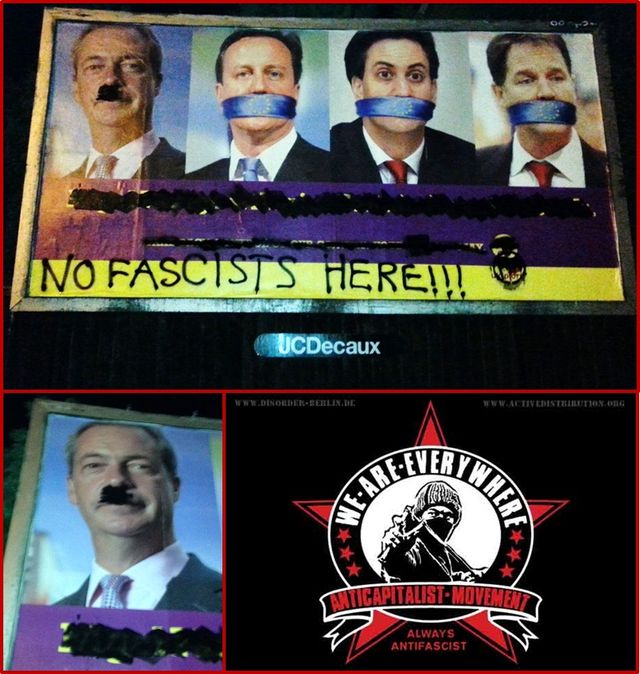 On the morning of the 16th of May, the UKIP billboard on Scottforth Road, Lancaster, was improved. A Hitler moustache was added to Nigel Farage’s face, the Antifa logo was added over the UKIP logo, Antifa stickers were added to the nearby bus shelter, their statements and web links were removed, and the statement ‘NO FASCISM HERE!!!’ was added.

UKIP are a racist, sexist, homophobic, transphobic, xenophobic and bigoted party. We do not approve of fascist propaganda in our community.

Mainstream media has proven itself to be unable to stand up to the permeation of racist, fascist propaganda. It’s time to spread the message of unity, diversity and equality. We take this action in solidarity with our brothers and sisters fighting fascism in Europe and across the world; we are inspired by your actions and resilience.

Good point about solidarity to those in Europe currently fighting the rise of the far right.

Immigration is just one person moving from A to B. It doesn't add any extra people to the world, so the number of jobs and the number of people to do them remains exactly the same.

Maybe the problem is more like uneven distribution of jobs and wages?

I know people are concerned about jobs and getting by, but I think you are falling for the ruling classes' distractions and excuses for the real cause of the problems. Shutting people off into smaller and smaller enclaves with walls between them isn't going to solve anything - it just means we all live in large prisons. Don't you think freedom to travel about should be a fairly fundamental right? 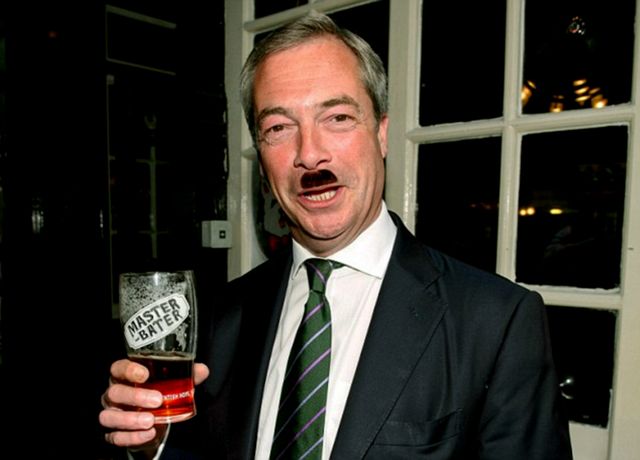